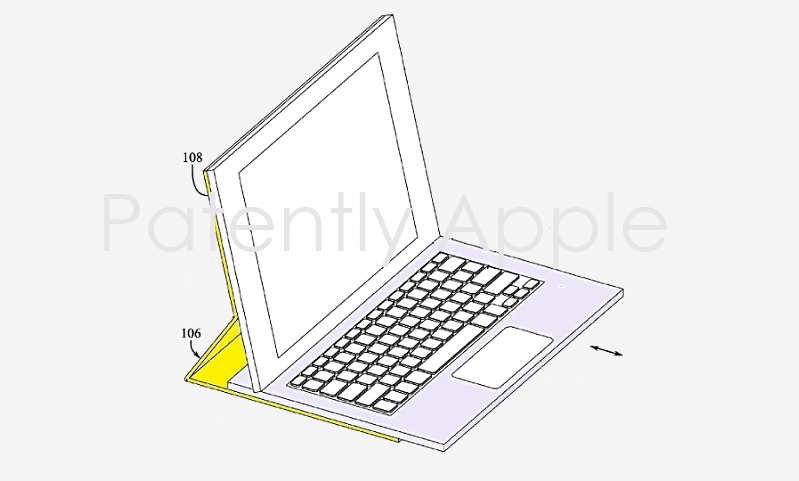 Today the US Patent & Trademark Office published a patent application from Apple that relates to a possible Smart Keyboard advancement that allows the keyboard to slide out from the base to provide users with a way to comfortably position the keyboard for work. 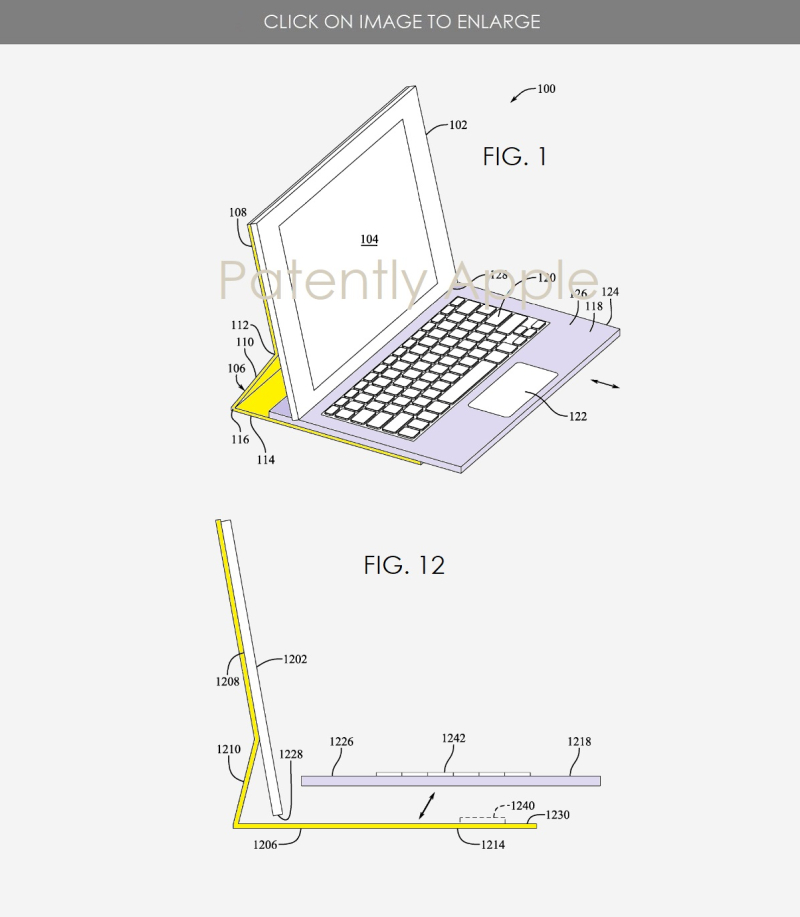 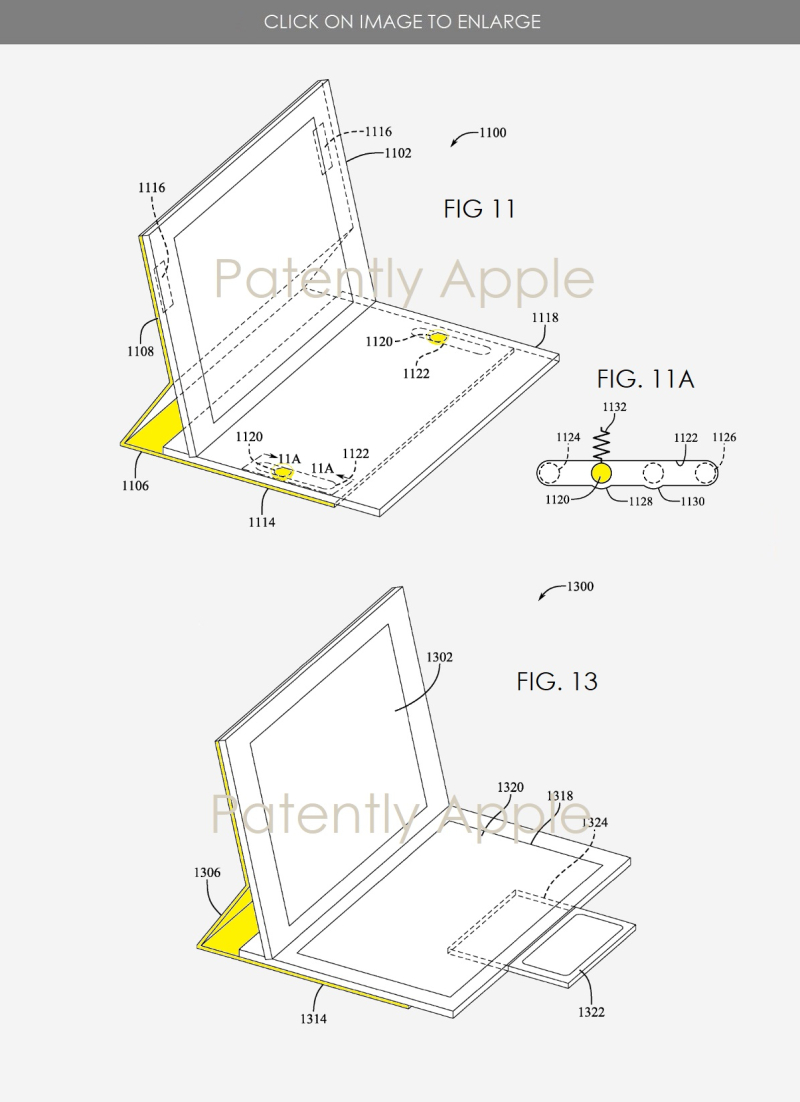 Apple's patent FIG. 13 above shows a perspective view of an additional embodiment of the computing system (#1300). The input device (#1318) is shown with a generic interface area (#1320) to illustrate that the input device can comprise a variety of user interface elements such as a keyboard, display, track pad (e.g., a track pad covering substantially all of the interface area (#1320), etc.