Apple reveals more work on an Apple Pencil that could work on a future iPhone, Mac or Touchpad for drawing and writing at the same time 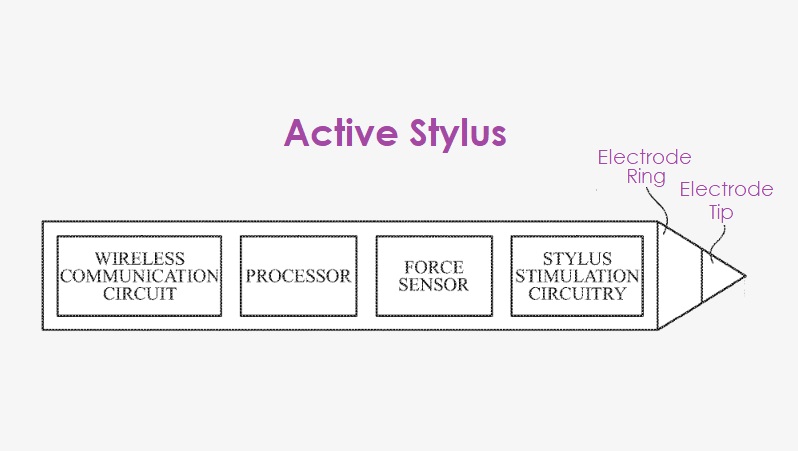 On April 6 Patently Apple posted a report titled "Apple reimagines the Magic Keyboard with a waterproof design and trackpad that could accommodate both touch & Apple Pencil input." On Thursday, the US Patent & Trademark Office published a patent application from Apple that reveals more about the dual touch sensor to accommodate both touch and active stylus input, this time for iPhones, trackpads and beyond.

The touch screen that can detect both passive objects and active styluses can include future iMacs, MacBooks, touchpads, iPhones and Apple Watch. In some examples, touch screen #400 of patent FIG. 4A below can sense a stylus signal provided by an active stylus using touch electrodes 404 and 406. 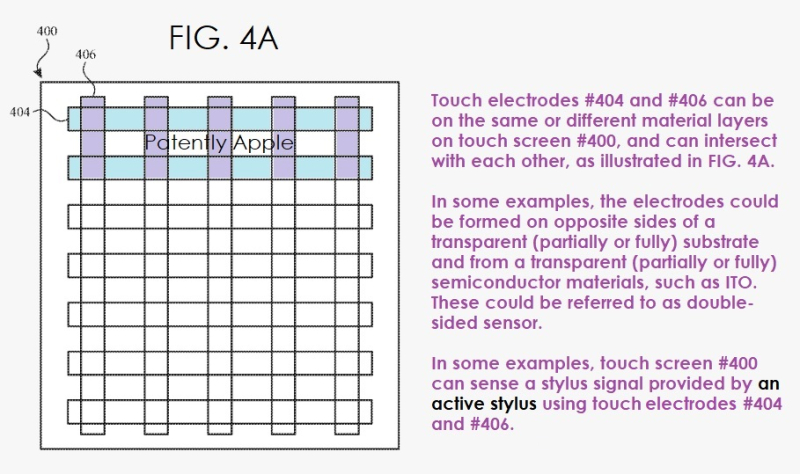 Apple's patent FIG. 5 below illustrates an example active stylus.  Stylus #500 can include one or more electrodes #502, which can be located, for example, at a distal end of the stylus (e.g., the tip of the stylus). As illustrated in FIG. 5, the stylus can include a tip electrode #501 and a ring electrode #503. The tip electrode can include a material capable of transmitting the stylus stimulation signal from stylus stimulation circuitry #504 to the touch-sensitive device, such as a flexible conductor, a metal, a conductor wrapped by a non-conductor, a non-conductor coated with a metal, a transparent conducting material (e.g., ITO) or a transparent non-conductive material (e.g., glass) coated with a transparent (e.g., ITO) or opaque material, or the like. 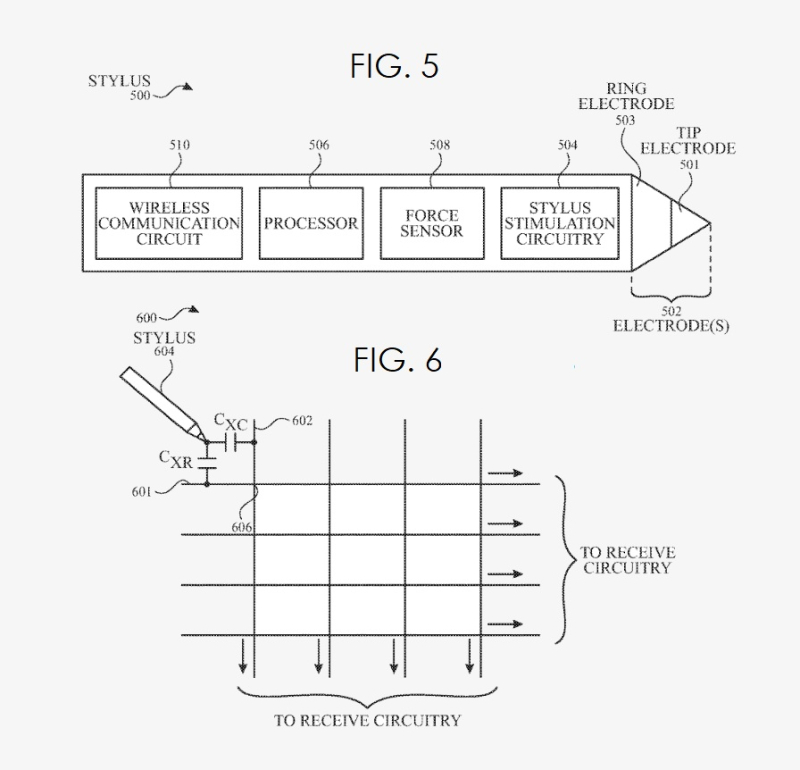 Apple's patent FIGS. 7A-7B below illustrate part of exemplary touch circuitry #700 that senses an active stylus #702. Detecting the presence of the stylus can allow the user to control or provide other inputs to the electronic device using stylus, such as using the stylus to select a user interface element or to write or draw on the touch screen of the electronic device. 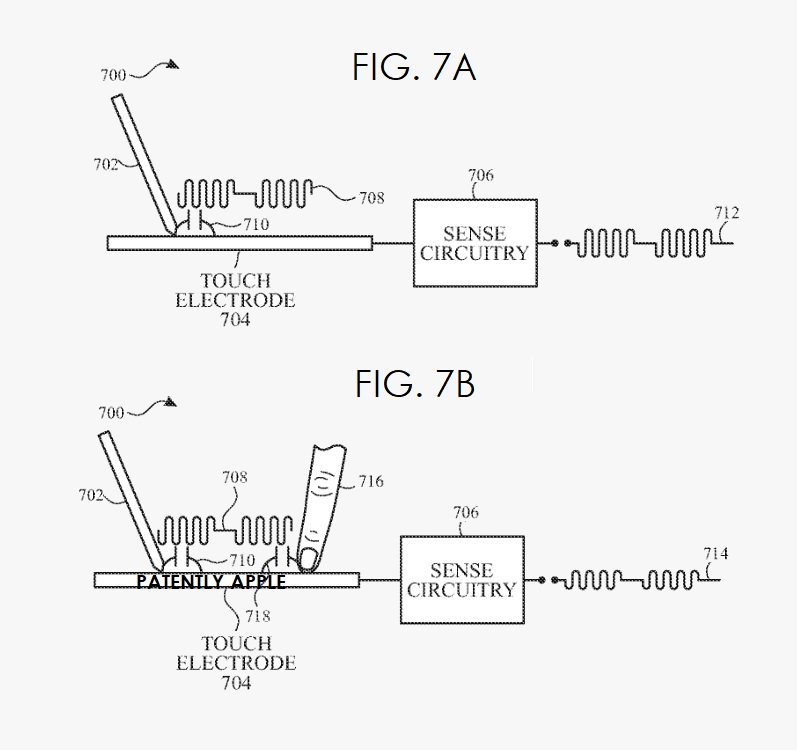 While Apple's new touch display can support both touch and active stylus at the same time, users will have to be careful to not touch the display in the same area where the user is drawing. In the example FIG. 8B below, a user is drawing wavy lines but just happens to touch the display at the same time in the same areas which interferes with the signals and produces a broken line in the drawn lines. 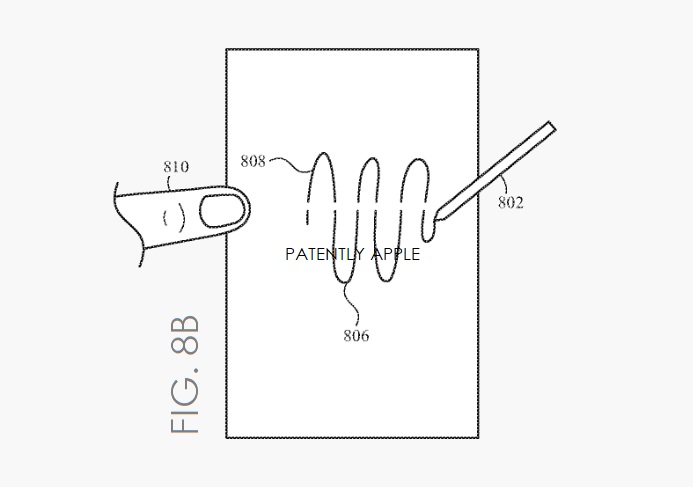