Apple advances the use of 'Directional Haptics' for future use on an iPhone, Apple Glasses, a VR Headset, Apple TV & more 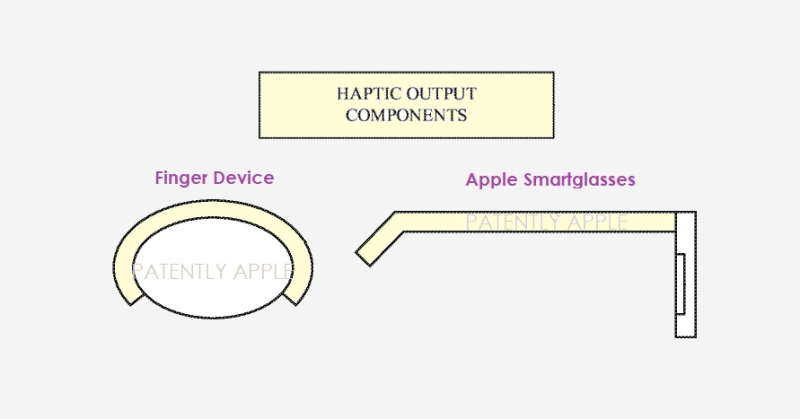 Today the US Patent & Trademark Office published a continuation patent from Apple that relates to directional haptic output that could apply to slide controls on any current or future Apple device including AR smartglasses, finger devices, MacBooks and more. Directional haptics could be applied, for instance, on the sidewalls or rear of an iPhone or the frame of eyeglasses or even on a surface of an Apple TV box. The PS4 used an invisible directional touch zone to turn on the unit.  A user will be able to apply a simple directional swipe to turn on a device or control various functions such as audio.

To provide a user with output, devices may have visual output devices, audio output components, and haptic output components. For example, a head-mounted device may have a display for presenting virtual reality or mixed reality content to a user.

Haptic output components may be used to apply an apparent force in a given direction relative to a device housing surface such as a housing sidewall surface or other device surface.

Control circuitry in a device may direct a haptic output component to produce the apparent applied force perpendicular to the surface or tangential to the housing surface. The apparent applied force may be provided as feedback while the control circuitry is directing a display in the device or in an external device to provide a user with visual content based on the user input.

Apple's patent FIG. 1 below represents an iPhone, though the patent notes that it could be any Apple device such a MacBook, iPad, Apple Watch (Fig. 11), HMD, Smartglasses (FIG. 12), a television, AR Glove, AirPods or AirPods case, a finger device (Fig. 10) etc. 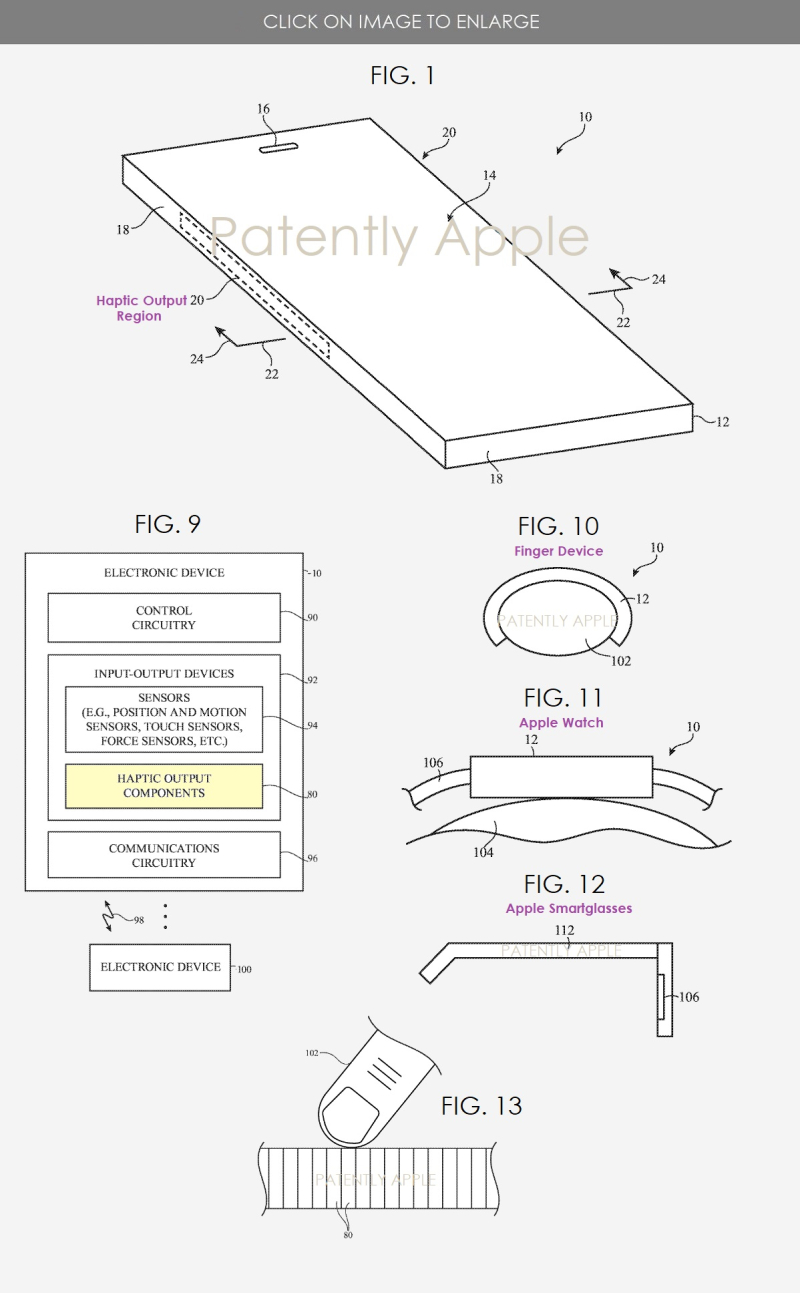 Apple's patent FIG. 13 above is a cross-sectional side view of an illustrative haptic output device that may apply shear force to a user's finger or other external object.

Today's patent is a continuation patent wherein Apple is updating and/or adding specific technologies, features and/or methods that they want to legally extend, protect and fold into their granted patent which is legally permitted. Any change and/or addition to their invention is restricted to Apple's patent claims that are legally binding.

Apple has added 20 new patent claims that better cover directional haptics applied to an HMD, a ring, a finger device wherein the apparent applied force is based on the user's interactions with the virtual environment. Below are a few of the 20 new claims.

Patent Claim #16: A system comprising: a control device comprising: a sensor that gathers user input; a housing with sidewalls, and haptic output components on the housing that are configured to produce an apparent applied force; and a display device with a display that displays a computer generated object, wherein the display device moves the computer generated object on the display in response to the user input and wherein the apparent applied force provides a sensation of resistance to further movement of the control device.

To review Apple's continuation patent 20210103335 and all of the new patent claims, click here.