Home Archives Contact Us Subscribe Twitter MeWe Facebook Patently Mobile
Apple reveals more work on an Apple Pencil that could work on a future iPhone, Mac or Touchpad for drawing and writing at the same time
Apple's next-gen iPad Pro with its first miniLED display will soon be released, with quantities initially being restrained

In late March the US Patent & Trademark Office published a Project Titan related patent application from Apple that describes systems and methods for calculating how and when an autonomous vehicle could safely merge into traffic or make lane changes safely.

In Apple's patent background they state that navigating a vehicle from a first step to a second step along a route often includes directing the vehicle into a flow of traffic involving multiple vehicles, in other words, merging.

These challenges involving uncertainty in whether a vehicle will yield are exacerbated in the context of autonomous vehicles, as the uncertainty is often conventionally resolved through behavioral cues or exchanges between the operators of vehicles. It is with these observations in mind, among others, that various aspects of the present disclosure were conceived and developed.

Apple's invention covers technology related to systems and methods for directing an autonomous vehicle into a flow of traffic given an uncertainty in yielding agents at an interaction zone.

At a planning cycle, a motion plan is generated to enter the flow of traffic at a first gap between a non-yielding agent and a yielding agent. If it is determined that the first gap exceeds an initial confidence threshold, the autonomous vehicle enters the interaction zone at the first gap.

The example implementations discussed in Apple's patent reference a traffic environment involving a first traffic lane merging into a second traffic lane, such as in the context of a highway onramp.

However, it will be appreciated by those skilled in the art that the presently disclosed technology is application in other traffic environments involving interactions among vehicles, including, without limitation, lane merges, lane changes, intersections, parking lots, and/or other shared spaces. 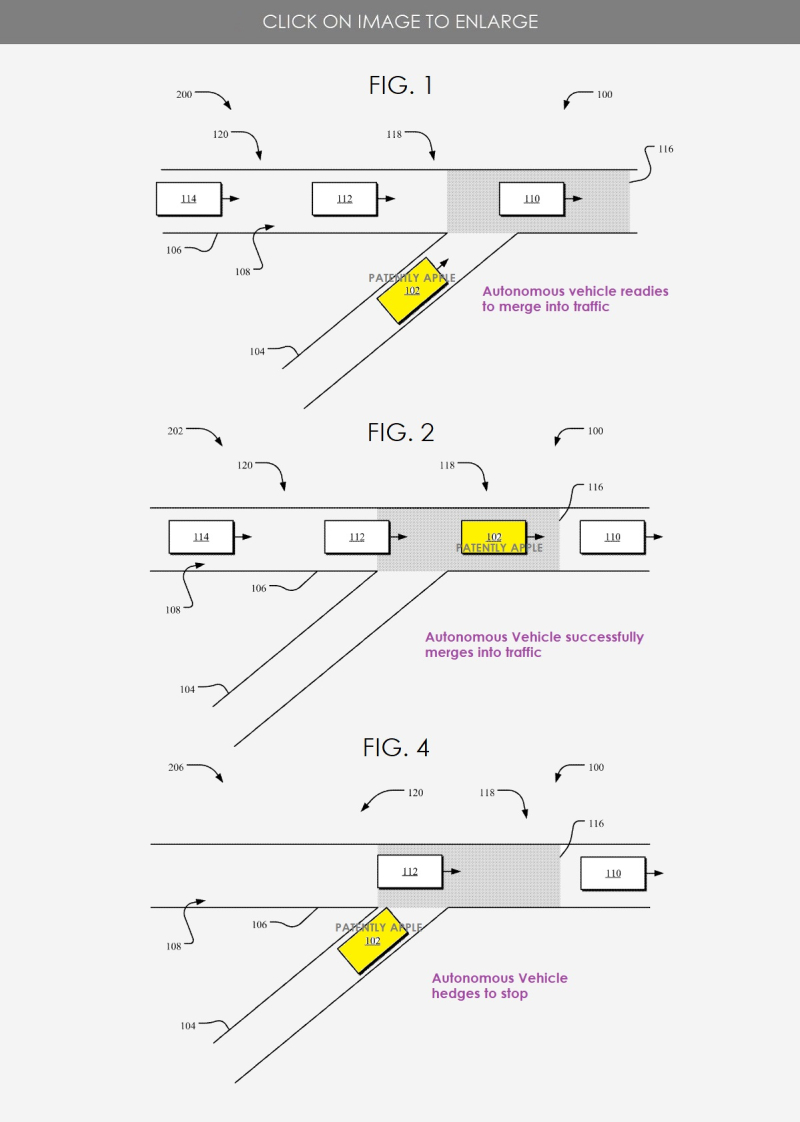 Apple's patent FIG. 4 above is a block diagram of the example traffic environment where the autonomous vehicle hedges to stop. 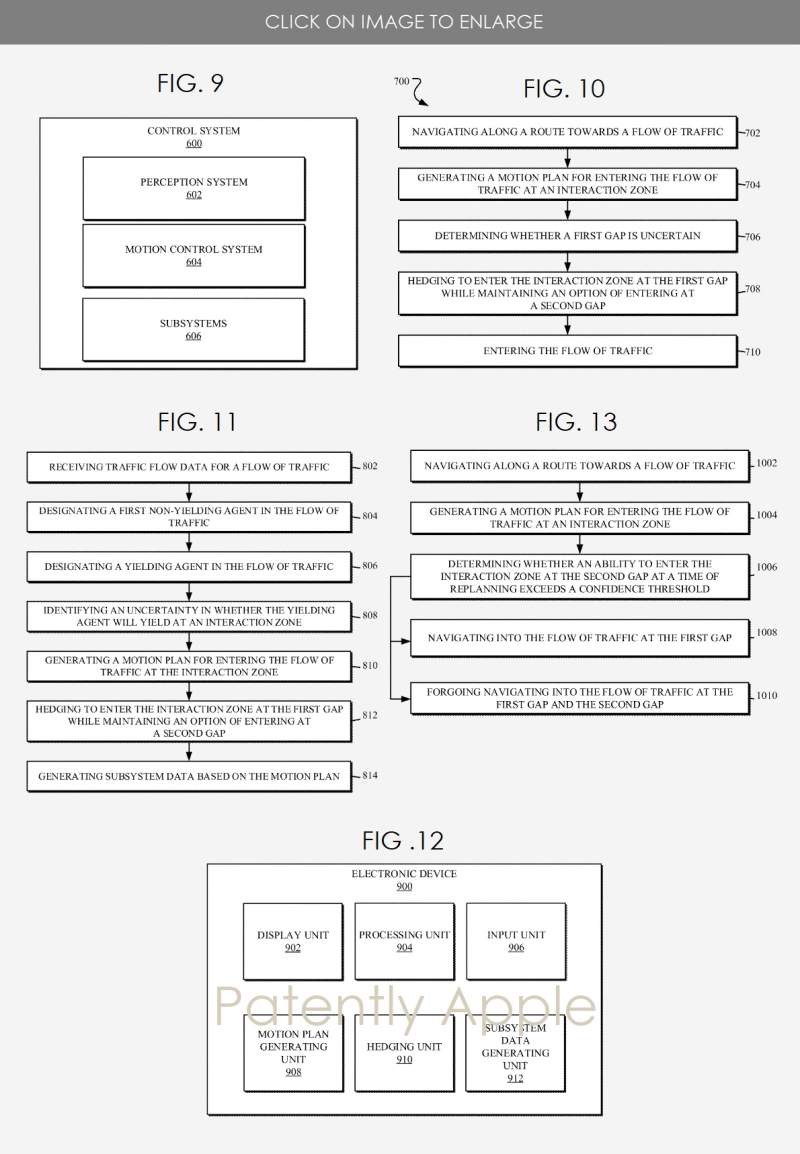 The perception system includes one or more sensors, such as imagers, LIDAR, RADAR, etc., to capture information regarding objects in a field of view of the autonomous vehicle.

For example, the perception system may capture traffic flow data for the flow of traffic, including a location of and motion information regarding the vehicles within the flow of traffic, such as the vehicles 110-114 of FIG.1. The perception system may further capture information to define an interaction zone, as well as measuring, tracking, and/or estimating an actual distance of the autonomous vehicle #102 to the interaction zone.

For finer details, review Apple's patent application number 20210089041 that was published on March 25 by the U.S. Patent Office. The patent was originally filed in Q3 2020.