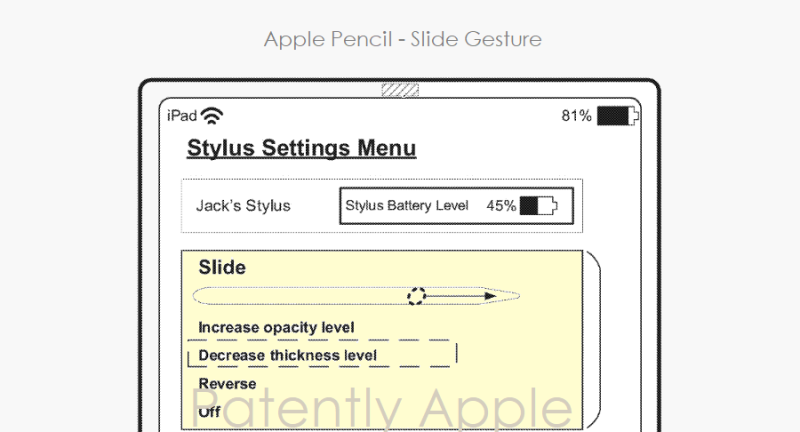 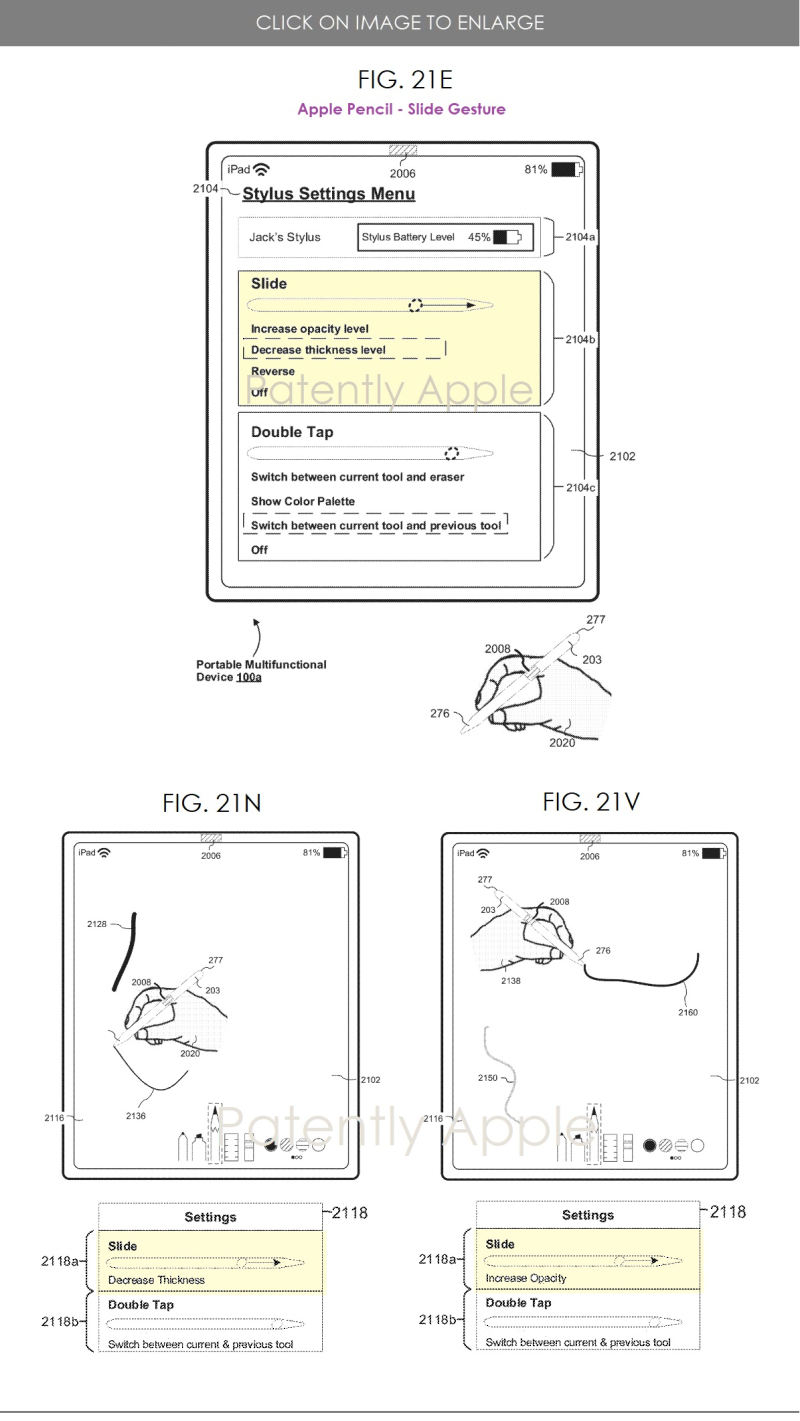 Of course, Windows has merged touch with pen use whereas Apple's VPs of hardware and marketing have recently stated that this isn't going to happen for Apple devices. Yet their patent keeps the door open, which is wise.

Apple has been working on this the new 'Slide' gesture since 2018. In January of this year Apple's patent application 20200012358 surfaced describing a "Slide" gesture as seen in patent figure 7 below.

To review Apple's larger and lengthy patent describing this new Slide gesture, review the Scribd documents provided for you below covering the patent description and patent figures.

The series of patent figures below relating to the possible future 'Slide' gesture begins with FIG. 21E.