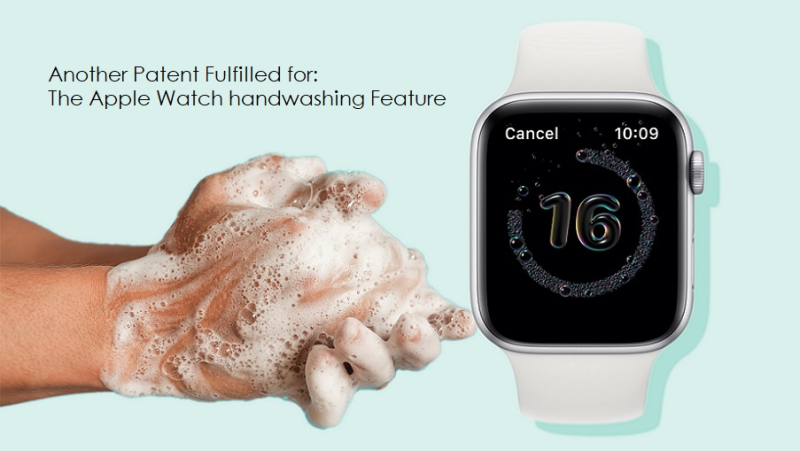 Patents are behind every new Apple device and feature ever devised. Sometimes, like the iPhone, it took 10 years for the patents to end-up being a real-world device. Sometimes it's a year or two and in today's case, the patent behind the handwashing feature for Apple Watch was just made public last Thursday, months after its release. Of course, it was originally filed prior to this feature being released and prior to COVID-19 hitting every country around the globe. For the record, this is now another Apple patent fulfilled.

The lead inventor listed on the patent is Gierad Laput who heads Apple's Sensing Technologies research and engineering Group at Apple AI/ML. It's the same group that developed Spatial Audio.

Apple's patent background states that washing hands can prevent illness for a person washing and prevent the spread of illness to others. Handwashing practices, however, vary greatly. It may be useful to have an electronic device detect handwashing events.

In some examples, the quality of the acquired data and/or the quality of the processing of the acquired data streams can be changed based on one or more triggers. In some examples, the trigger(s) described herein can be dynamically adjusted (e.g., heightened to reduce processing/power consumption) based on one or more power-related states of the device.

Apple's patent FIG. 5 below illustrates an example process for detecting a handwashing event. 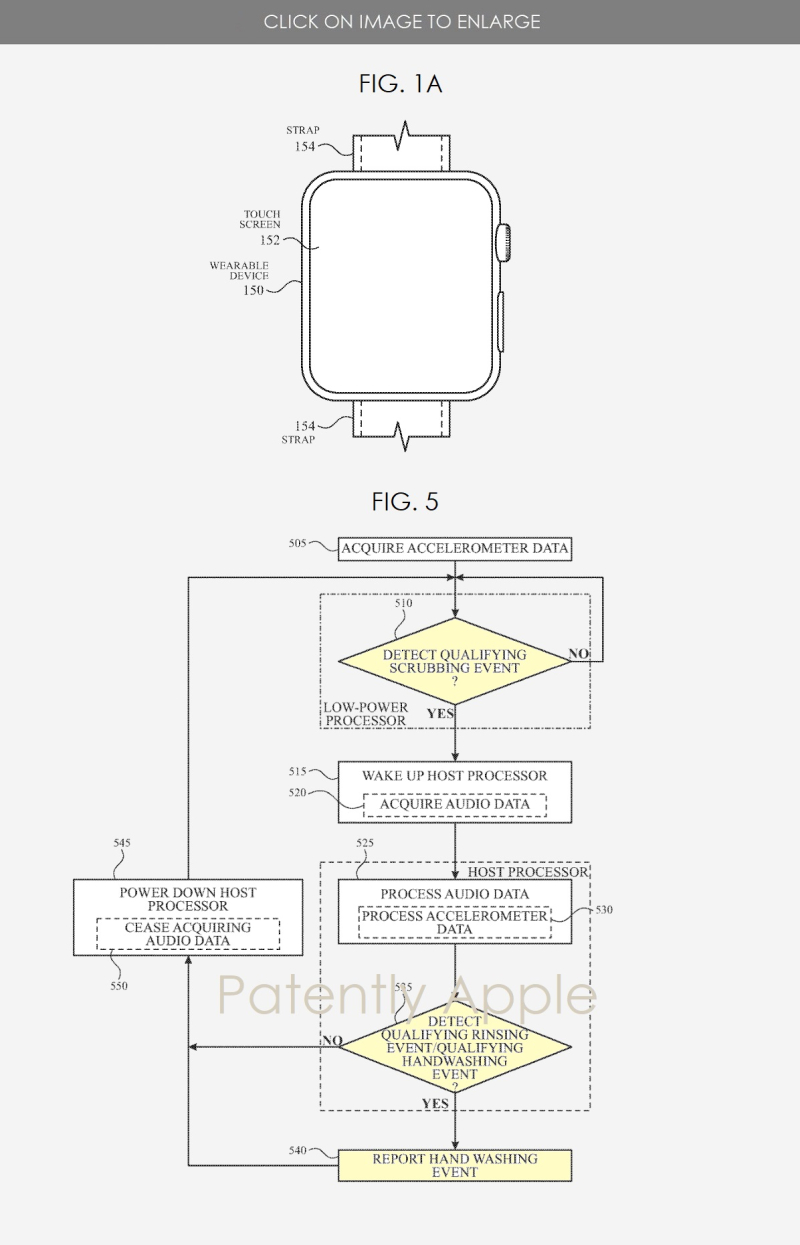 Apple's notes in patent point #0015 that beyond Apple Watch, individual health related events could one day expand to other Apple devices such as a smart ring, health band, finger-cuff, wrist-cuff (cuffs), glove and beyond.

Apple's handwashing feature has far more depth to it than you'd image. To explore the finer details, review Apple's patent application number 20210063434. This is a patent fulfilled. Apple Support offers a how-to page on this feature here.