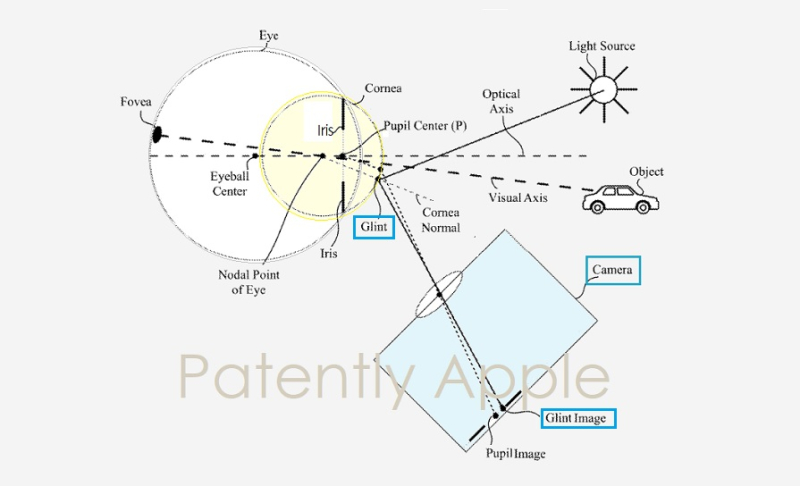 Today the US Patent & Trademark Office published another series of patent applications from Apple that relate to their future Mixed Reality Headset. The first in this series relates to gaze tracking, and in particular, to systems, methods, and devices for gaze tracking using a light source direction of a light source used to produce one or more glints on the surface of the eye. The other patent applications cover Multimodal Inputs; Presenting Synthesized Reality Companion Content; and Optical Film Arrangements.

Apple's patent covers various implementations that include devices, systems, and methods that determine a gaze direction based on a cornea center and either (a) a pupil center or (b) an eyeball center.

Apple states that in various implementations, gaze tracking is used to enable user interaction, provide foveated rendering, or reduce geometric distortion. A gaze tracking system includes a sensor and a processor that performs gaze tracking on data received from the sensor regarding light from a light source reflected off the eye of a user. In various implementations, the sensor includes an event camera with a plurality of light sensors at a plurality of respective locations that, in response to a particular light sensor detecting a change in intensity of light, generates an event message indicating a particular location of the particular light sensor.

An event camera may include or be referred to as a dynamic vision sensor (DVS), a silicon retina, an event-based camera, or a frame-less camera. Thus, the event camera generates (and transmits) data regarding changes in light intensity as opposed to a larger amount of data regarding absolute intensity at each light sensor. Further, because data is generated when intensity changes, in various implementations, the light source is configured to emit light with modulating intensity. 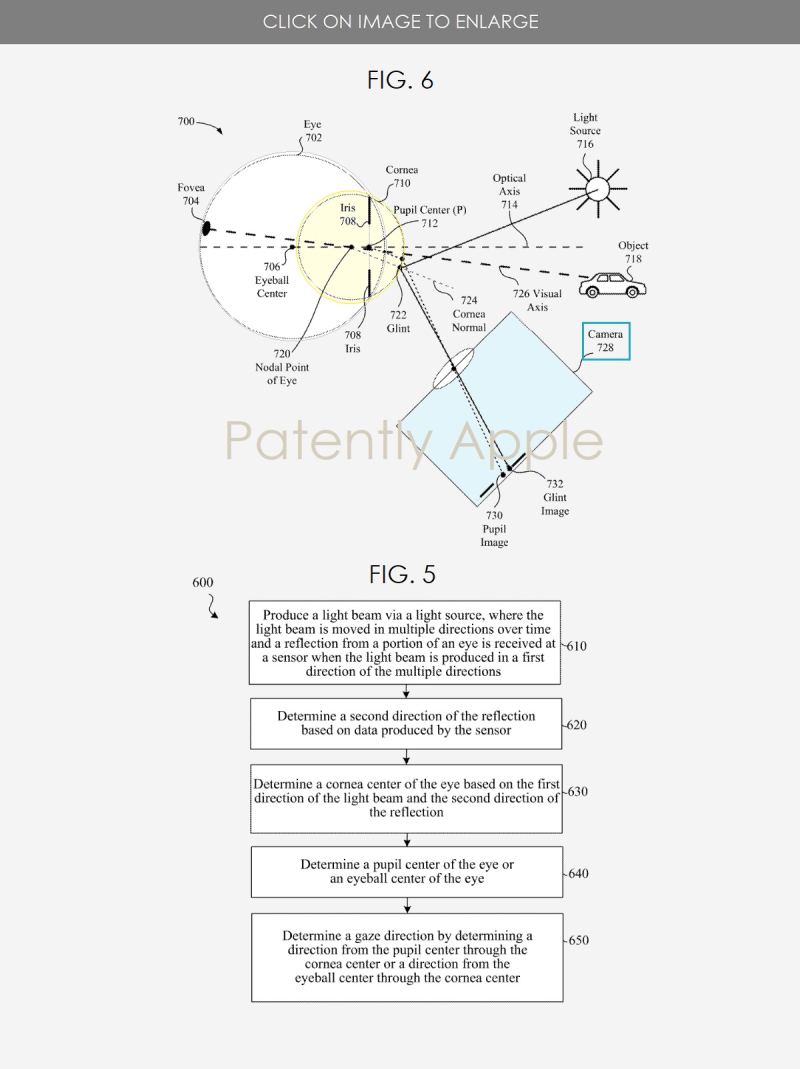 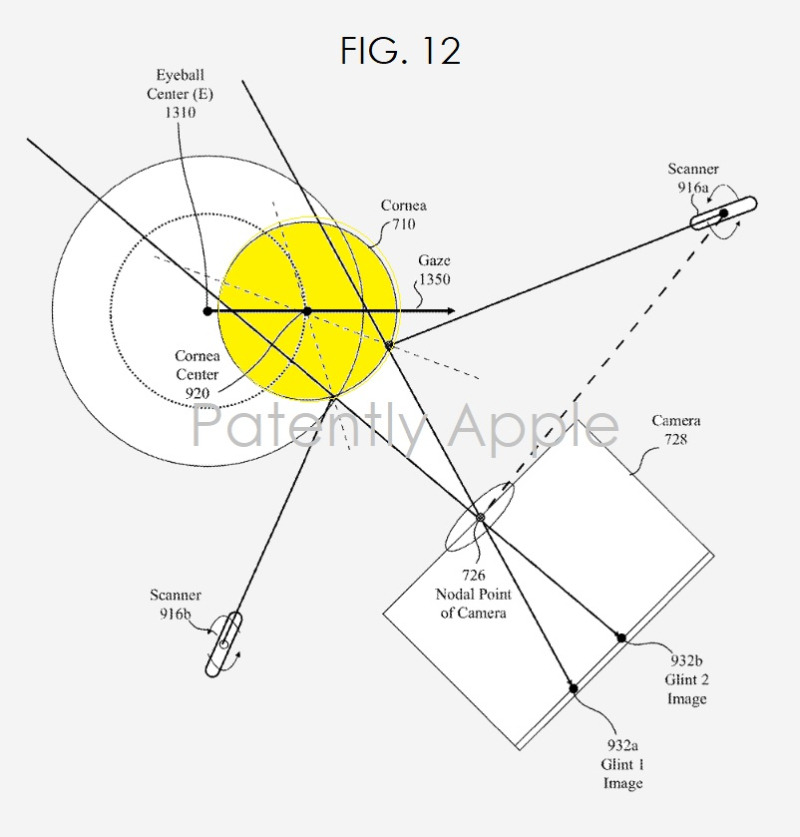 In some implementations, two scanners may be used to determine the cornea center and the gaze direction is determined using either the pupil center or the eyeball center.

For example, FIG. 12 illustrates a functional block diagram illustrating gaze tracking using two variable angle light sources (e.g., a scanners 916a, 916b) at known positions. The cornea center is determined based on glints from the light source directed by scanners and the angles of the scanners measured by the encoders. 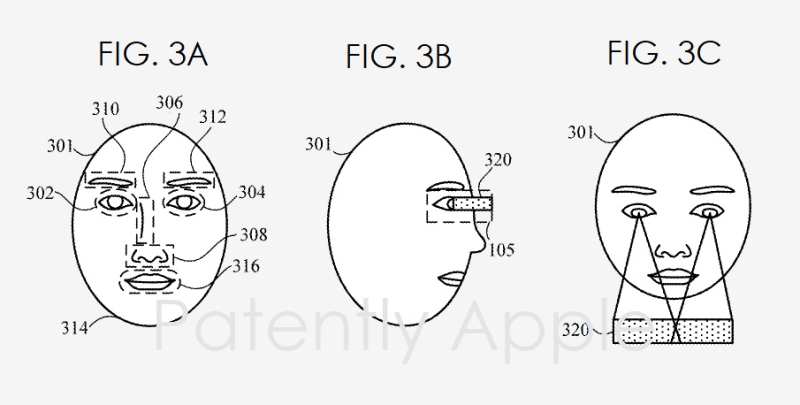