The U.S. Patent and Trademark Office officially published a series of 64 newly granted patents for Apple Inc. today. In this particular report we briefly cover a different kind of LiDAR sensor that could possibly target scenes hundreds of meters away. While the patent doesn't list the targeted device, the distant measured in hundred of meters would strongly suggest that this patent relates to Project Titan, Apple's vehicle project.

According to the patent, the new LiDAR sensors will enable high-speed, high-resolution optical scanners with high bandwidth, low dark noise, and reduced potential for damage and saturation.

Apple's granted patent 10,955,531 titled "Focal region optical elements for high-performance optical scanners" is yet another highly technical patent that could be reviewed here.

The invention appears to have been a collaborative effort between Apple engineers in both California and Israel as presented below: 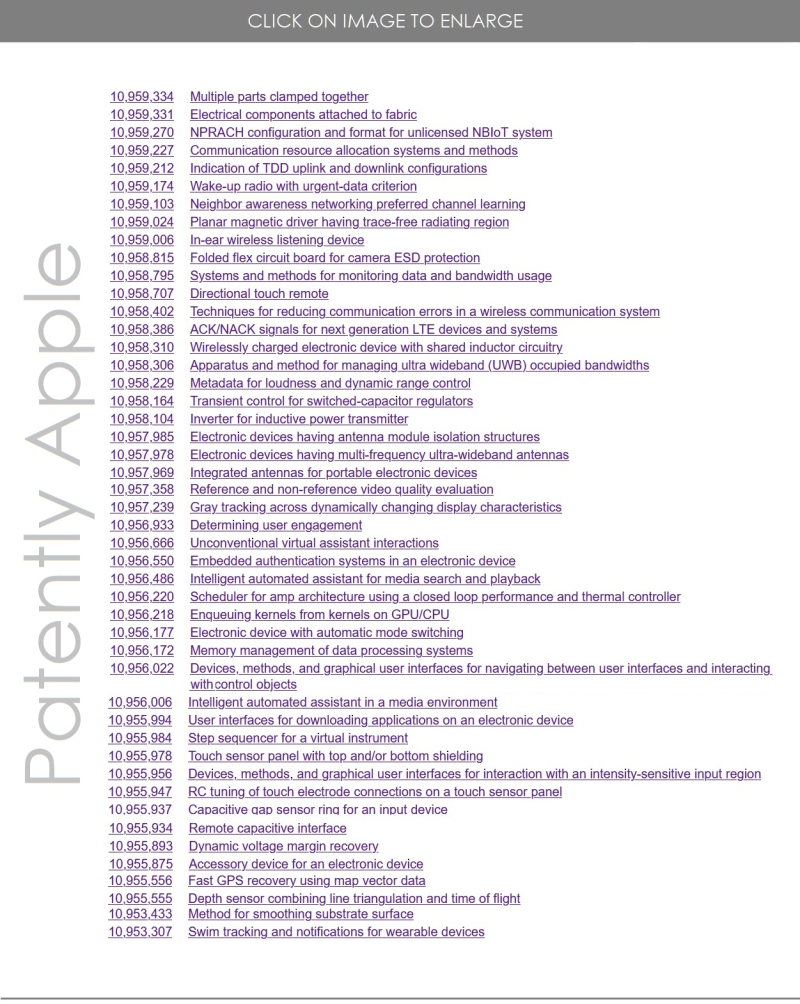 04: Apple has been granted a patent for Folding Devices with Geared Hinges

05: A LuxVue Patent that Apple acquired covering a module package with an array of LEDs was granted its 6th Patent since 2013