The U.S. Patent and Trademark Office officially published a series of 55 newly granted patents for Apple Inc. today. In this particular report we briefly cover an Apple Pencil invention that includes force sensing and 3D orientation. Apple was also granted two patents relating to wireless charging systems covering temperature sensing and charging AirPods. Apple was also granted two design patents, with one being for the Mac Pro tower's "Lattice" design. And as always, we wrap up this week's granted patent report with our traditional listing of the remaining granted patents that were issued to Apple today.

Apple has been granted a patent titled "Force-sensing structures for an electronic device." Most of the patent focuses on force sensors for a future Apple Pencil.

Apple's patent FIGS. 13A and 13B below represent Apple Pencil with sensor #1070 that may be configured to measure the tilt or off-axis force received at the input structure 1052 using the measured change in capacitance. 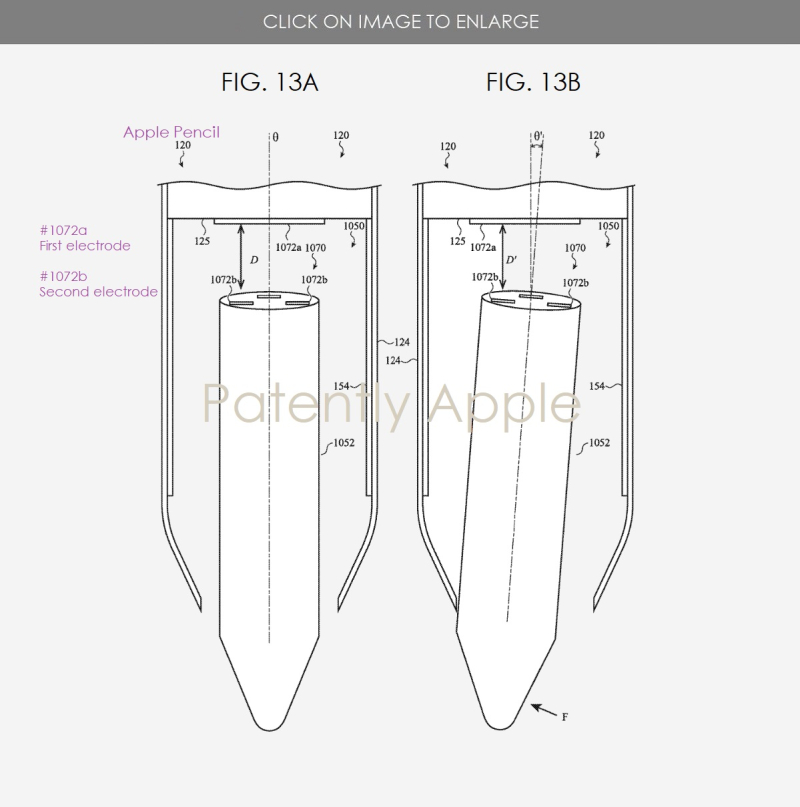 Apple adds the electrodes 1072a, 1072b may be replaced by optical sensors, magnetic sensors, and so on. 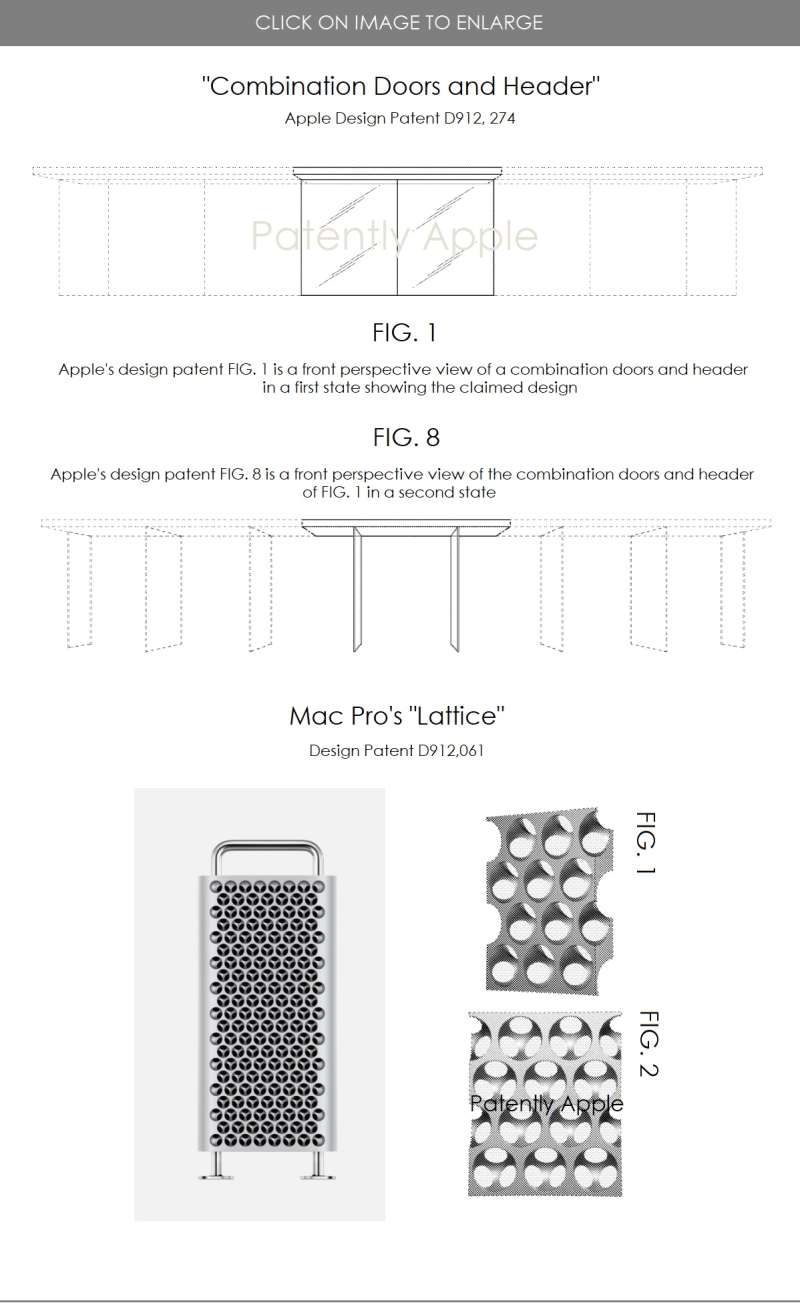 For interest sake, Apple was granted 12 design patents for the Mac Pro in Hong Kong back in May which were far more detailed. 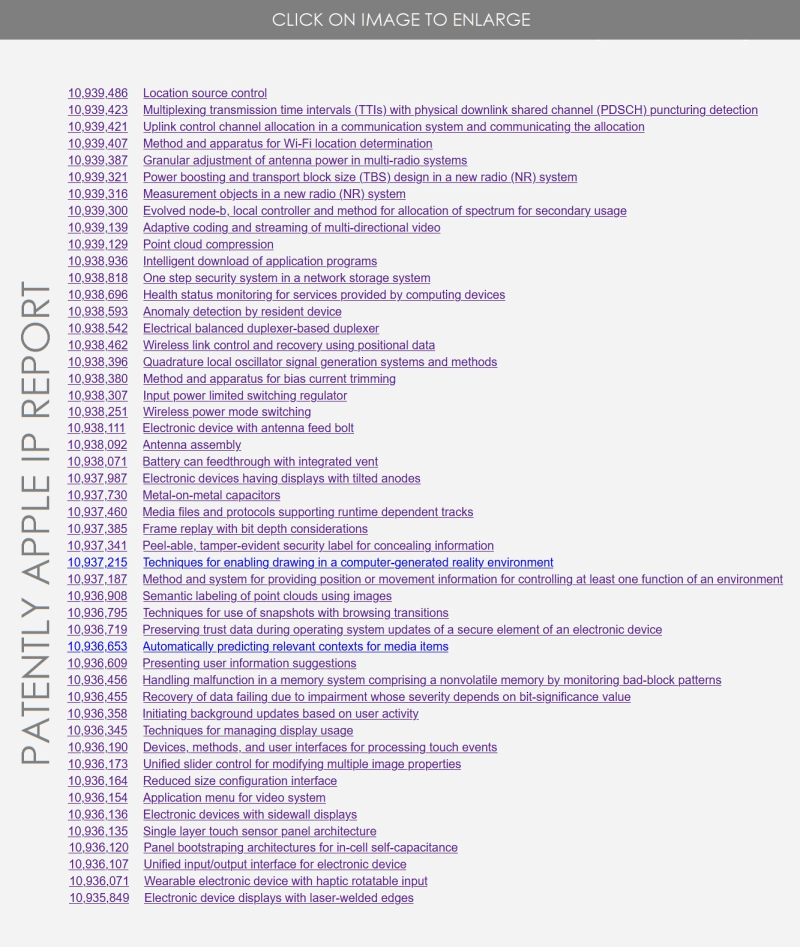