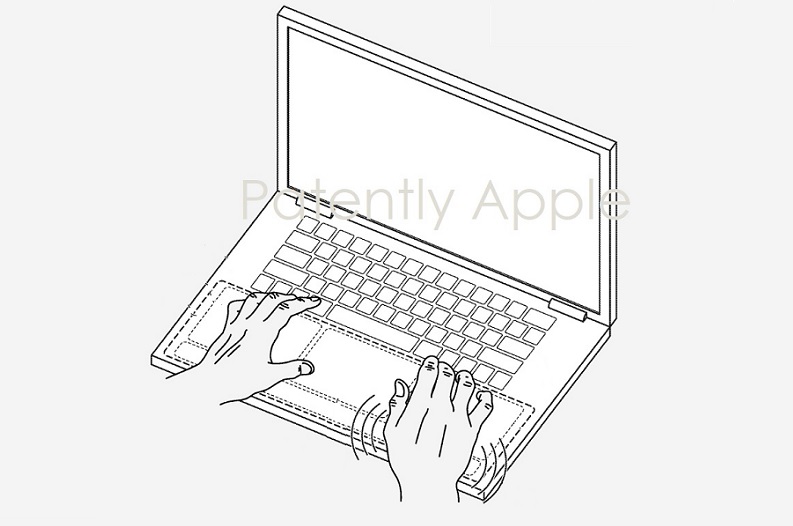 Apple's granted patent generally relates to electronic devices with one or more input areas that also function to provide spatially localized haptics via the Taptic Engine. "Spatially localized" haptics (or haptic output) generally refers to any haptic signal, e.g., haptic output, that is tactilely perceptible to a person touching a particular active region of the electronic device, but imperceptible outside that region.

In many embodiments, an input area is configured to be manipulated by, or contacted by, a user's finger exerting a touch or force. For example, a user may provide input to the input area through one or more fingers of both hands. 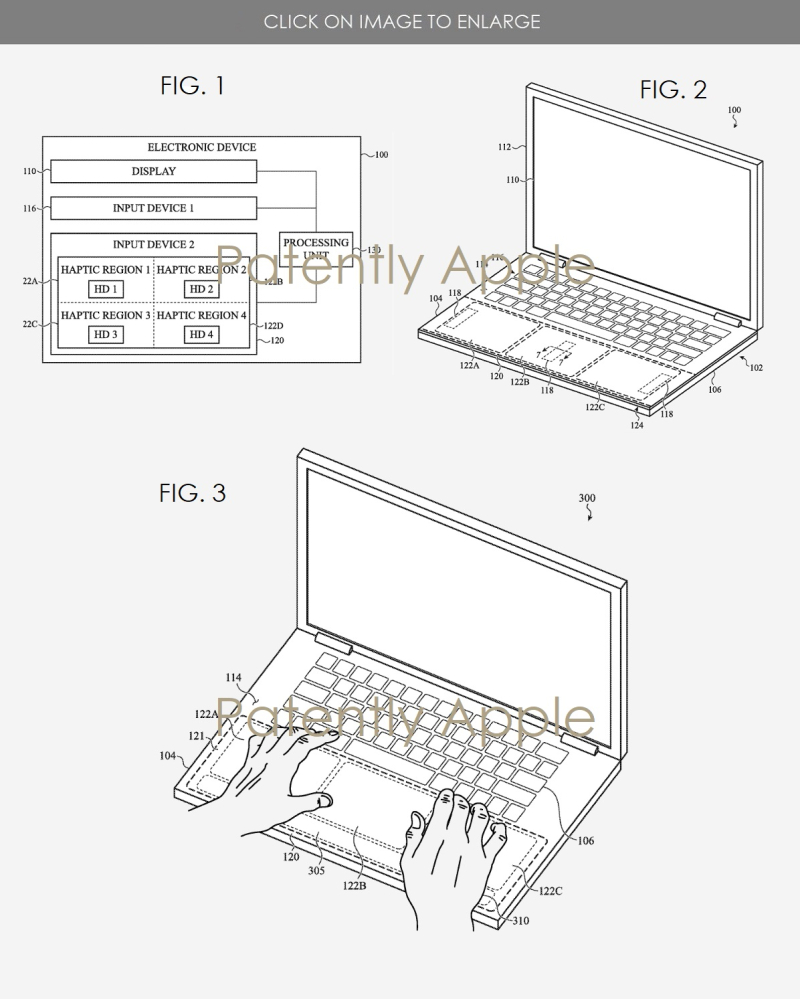 Apple's patent FIG. 4 below illustrates a user receiving a haptic output in a palm rest area of the MacBook of FIGS. 2 and 3; FIGS. 5A-5D illustrate sample layouts of haptic actuators in an input area of a future MacBook. 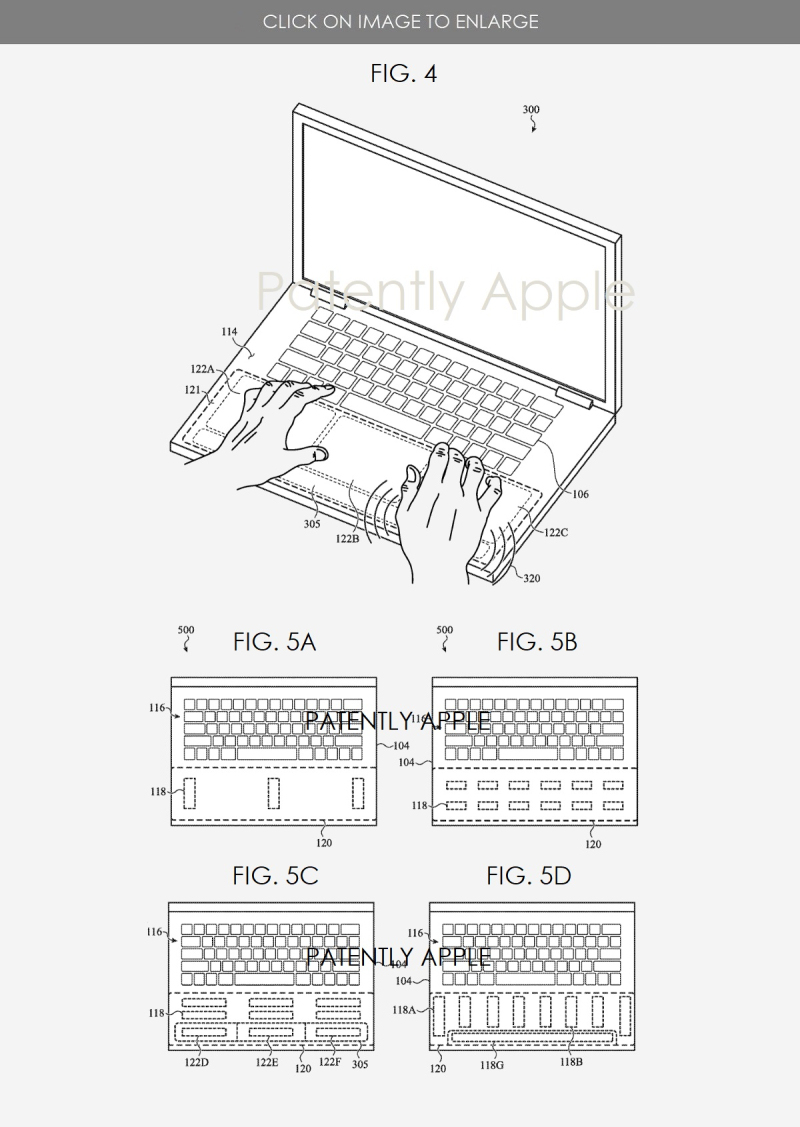 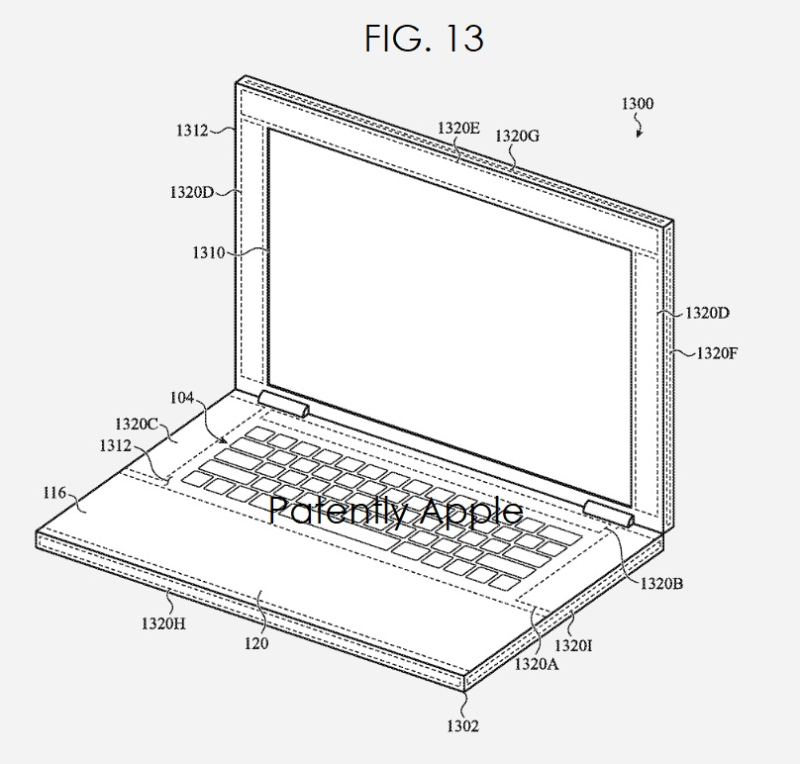