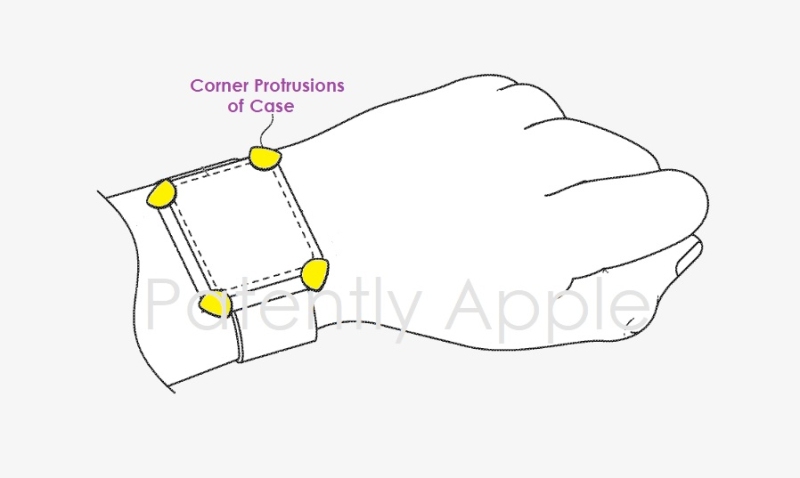 Most portable devices may be susceptible to an impact or shock events. Therefore, there is a need for protective accessories for Apple Watch that could reduce the likelihood of damage due to shock or impact. This is the context of one of Apple's latest granted patents issued today by the U.S. Patent and Trademark Office.

A removable case may be attached to the enclosure and include a body disposed over a bottom portion of the housing, multiple protrusions that extend from the body toward the cover to enclose the four corners of the enclosure, and a gasket positioned along a perimeter of an aperture defined in the body and configured to contact a skin of the user to form an optical barrier. In some embodiments, an optical element is positioned in an opening of the bottom portion of the housing. 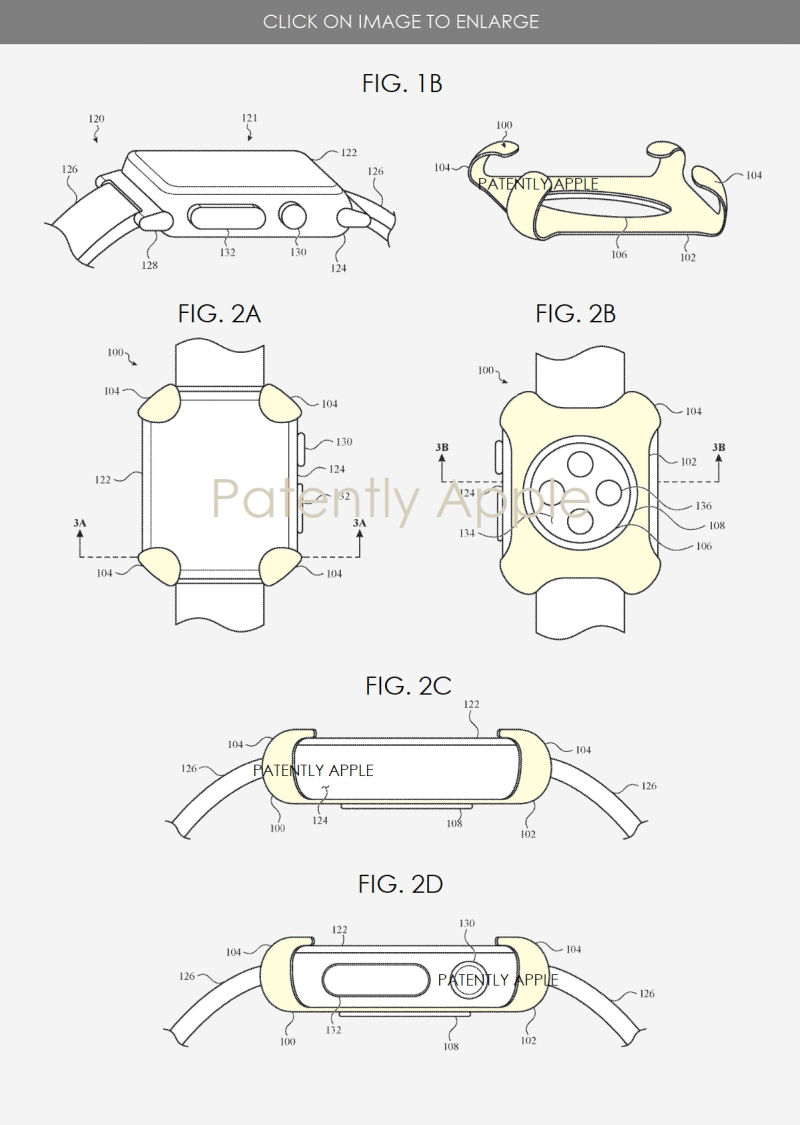 Apple's patent FIGS. 2C and 2D above depict side views of Apple Watch with the protective case on.

In some cases, the protective case provides a cushion or a gap between the cover and a potentially damaging surface such as asphalt on the ground if the Apple Watch is dropped with the cover facing downward.