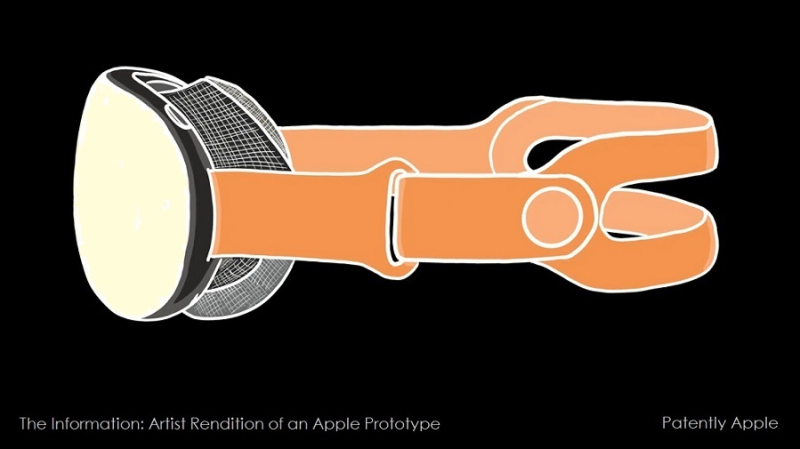 Today the US Patent & Trademark Office published a patent application from Apple that relates to various methods and apparatus for eye tracking in virtual and mixed or augmented reality (VR/AR) applications using head motion sensors referred to as 'head odometers.'

A VR/AR system may include a device such as a headset, helmet, goggles, or glasses (referred to herein as a head-mounted device (HMD)) that includes a display (e.g., left and right displays) for displaying frames including left and right images in front of a user's eyes in order to provide three-dimensional (3D) virtual views to the user. 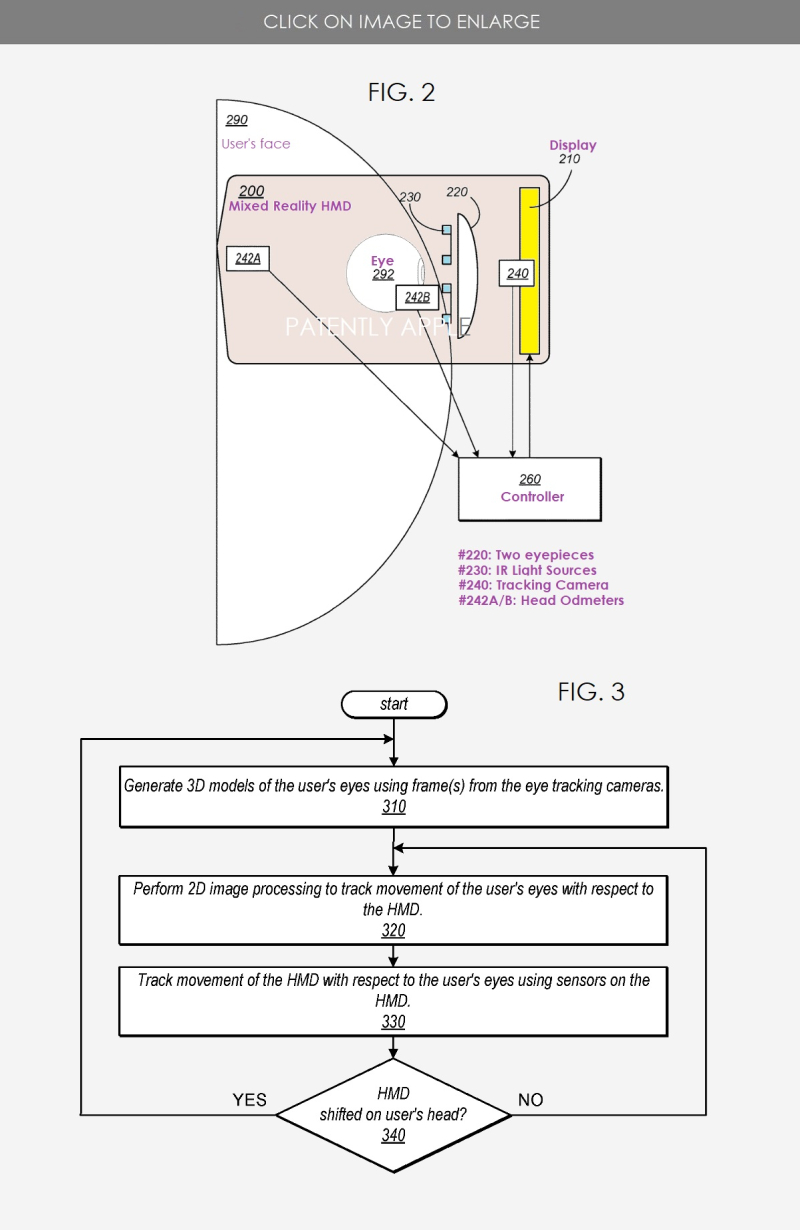 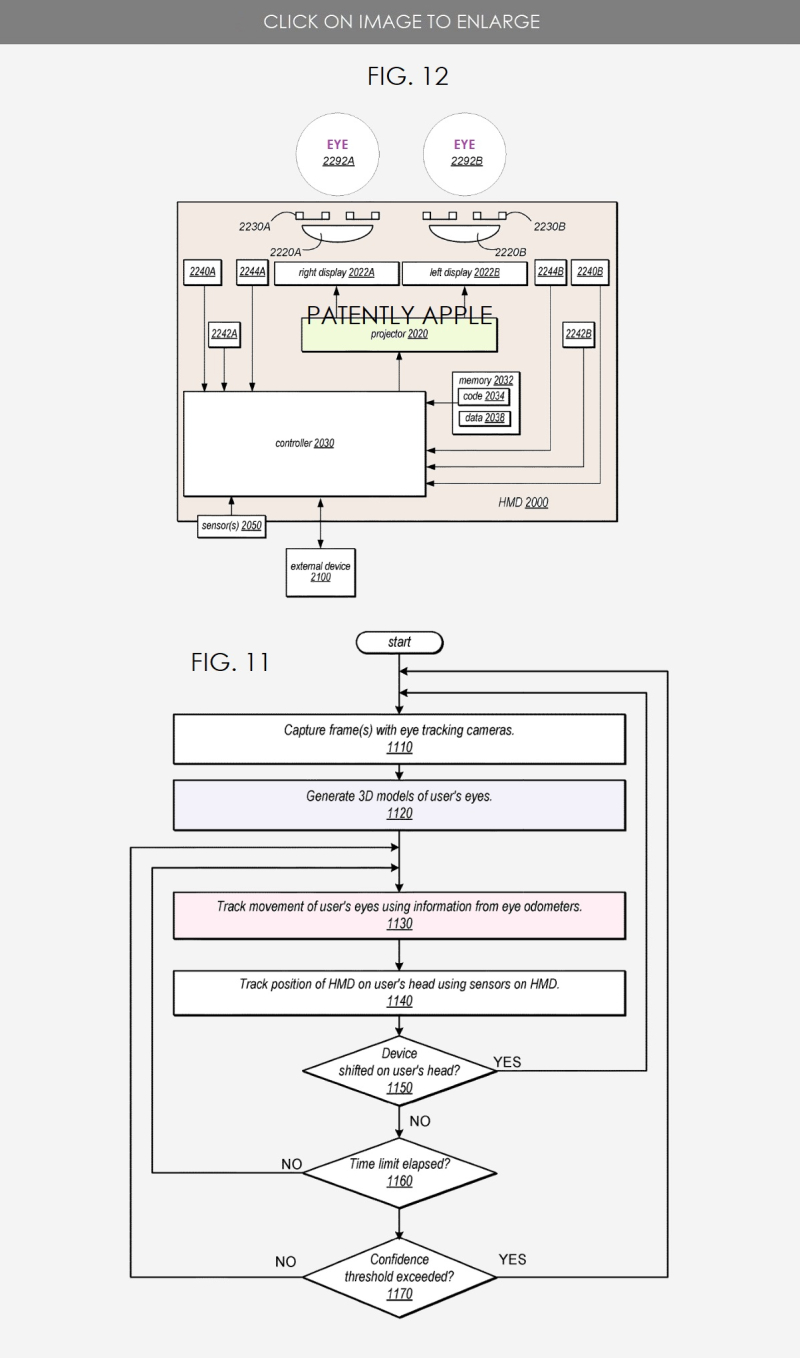 Various Apple engineering teams are working on various aspects of Eye Tracking systems. Today Apple also had other patents published covering this technology. Below are links to the other in-depth patent applications published today by the U.S. Patent and Trademark Office.

Considering that these are patent applications, the timing of such device features to market is unknown at this time.