Home Archives Contact Us Subscribe Twitter MeWe Facebook Patently Mobile
A pizza offer was made available to L.A. fans watching the finale of the Apple TV+ series 'Servant' Yesterday. Is this an emerging trend?
A Labor Minister in India has officially stated that the riot at Wistron's iPhone plant fell squarely on the company with the Government blameless 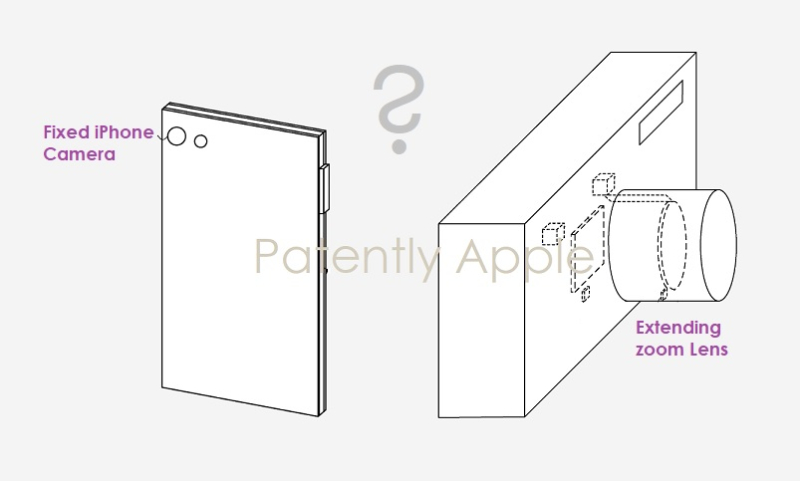 Today the US Patent & Trademark Office published a patent application from Apple that relates to devices that include one or more self-mixing interferometry (SMI) sensors and, more particularly, to devices that use a distance reference when measuring absolute distance using an SMI sensor. Apple patent filing uses an odd patent figure to illustrate how a future camera lens may telescope from the camera's structure.

Apple's patent FIG. 1B below shows an example of an iPhone that includes an SMI-based absolute camera distance measurement system; FIG. 6 shows another example of a device that includes an SMI-based absolute distance measurement system; FIG. 7 shows an example portion of a device 700 including an SMI sensor 702 and an optical element 704. At some arbitrary point in time, the SMI sensor 702 may be positioned at a first distance (d.sub.1) from the optical element 704. 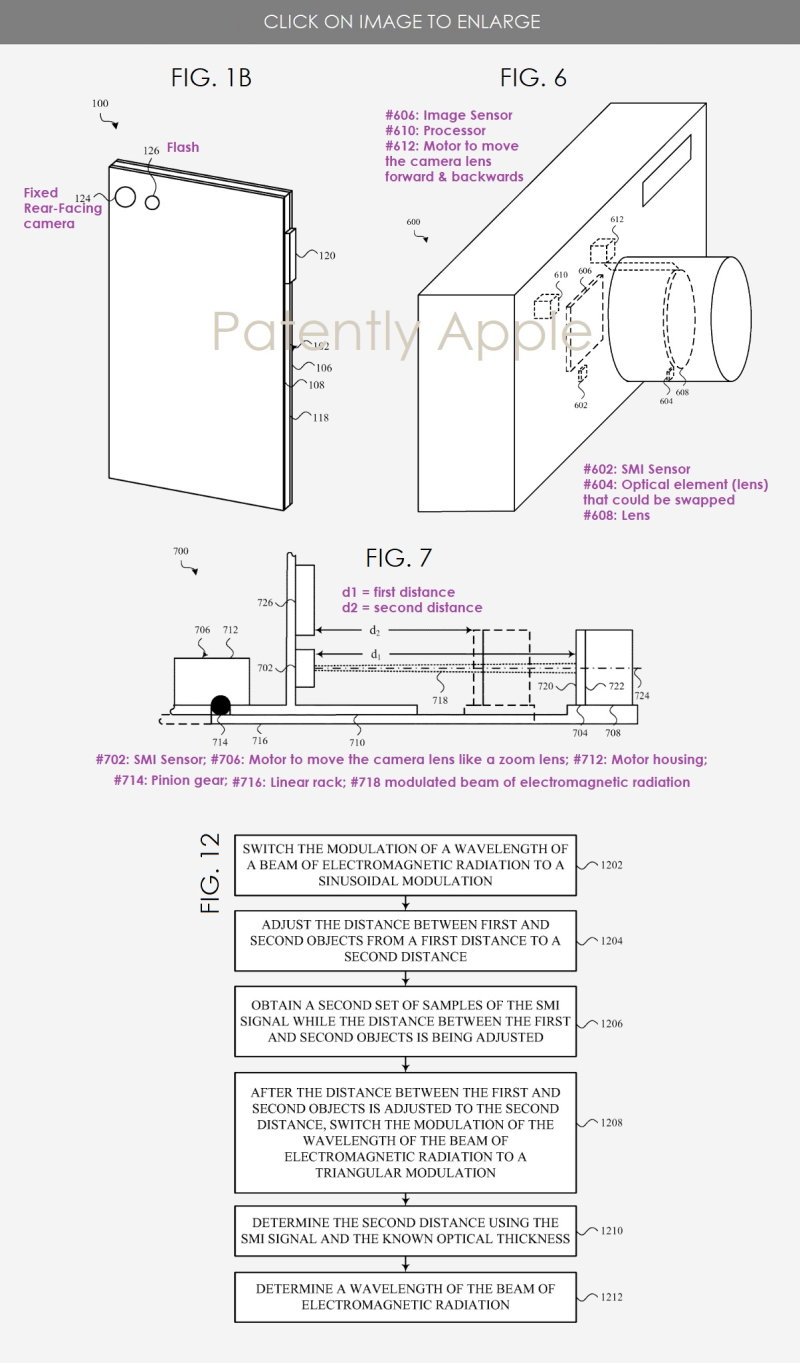 In patent FIG. 1B Apple is clearly presenting an iPhone with a fixed camera design as we're use to today. Then it gets murkier when they present us with patent FIG. 6.

Firstly, Apple notes that self-mixing interferometry (SMI) sensors could have a mechanism with a motor designed to move the lens forward to at least a second position. We're used to seeing this in an SLR camera in the form of a telephoto lens for zooming in on subjects.

In January Patently Apple posted a report titled "Apple invents Future iPhone Periscope Camera for Superior Zoom Capabilities." This is what's expected to come to market by at least 2022, according to various rumors. This makes sense for smartphones.

Apple's patent Thursday takes a different take on a zooming technology using SMI sensors that could be used with the many cameras. The patent filing describes SMI sensors being able to work with  a mixed reality headset, a surgical camera, Apple Glasses and simple on standard camera.

Apple's figure 6 is an odd illustration. Considering this isn't a design patent, we can't be sure if Apple is actually presenting a possible standalone camera or if it's a vertical view of a future backside of an iPhone akin to Samsung's old Galaxy S4 Zoom. 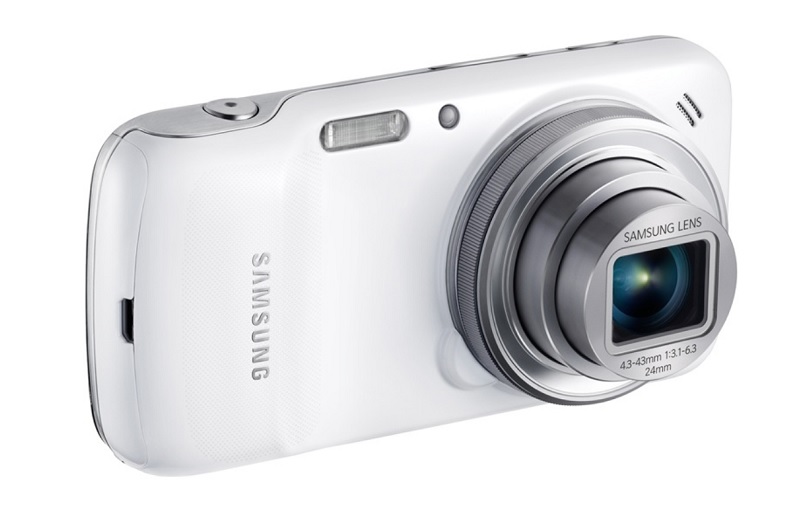 A patent figure that's not a design patent, is simply used to convey an idea. So technically, Apple's engineers could have decided to illustrate a mechanical zoom lens on a stand-alone camera patent figure as a simple means of conveying the message that an iPhone could one day include a mechanical zoom lens. Though it's difficult to see why that couldn't have been illustrate that on the backside of an iPhone.

The good news is that Apple is working on different ways to deliver a zoom lens on a future iPhone. Whether Apple is actually teasing us with the possibility of one day offering an advanced SLR-style camera is an open question.

Apple's camera team may be able to take future cameras to dizzying new heights for still, and more importantly, video and 3D video for creating AR content. This is why we just had to highlight this patent figure and bring it to your attention.

For the finer details of this technical invention focused on SMI sensors for cameras, review Apple's patent application number 20210080248.