Home Archives Contact Us Subscribe Twitter MeWe Facebook Patently Mobile
Is setting up a Wireless Network at Home a bit confusing? Well, Apple is working on a new App for that
Tough-Guy Ray Liotta joins the Cast of the Limited Apple TV+ Series titled 'In with the Devil' 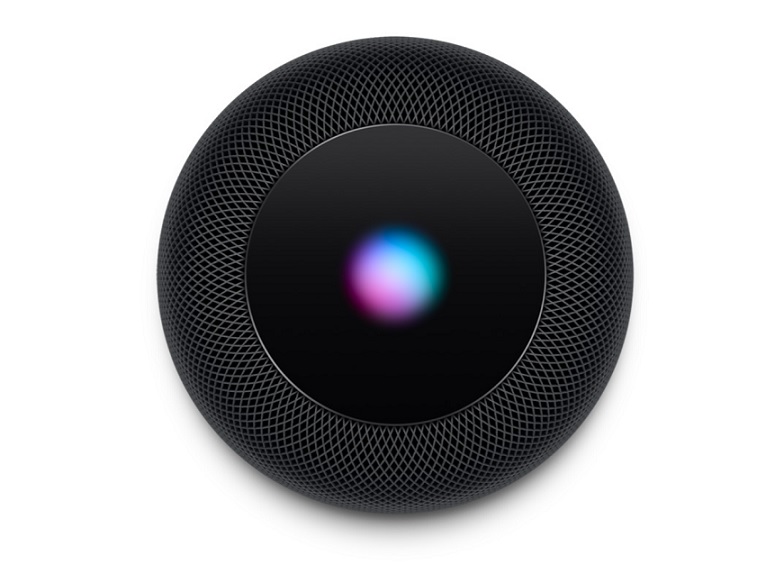 While it's great to have a light-display at the top of the HomePod, it's impossible to view it if a user is sitting beside it and can't view the top of the HomePod. Yesterday the US Patent & Trademark Office published a patent application from Apple that relates to a possible future redesign of the HomePod to accommodate a much larger display area.

Apple notes in their patent that "It may be desirable to form a display (e.g., an array of light-emitting components) in HomePod. In some configurations, light from a display may be emitted through portion #12P of housing #12, in patent figure 1 below. However, in some situations a user may view HomePod from the side. In these scenarios, it may be difficult for the user to see portion #12P on the upper surface of the device.

To allow for viewing of the display at more viewing angles, a display may be formed in housing region #12W-1 (e.g., in addition to or instead of in portion #12P). With this type of configuration, the display light will be visible from both the sides of the device and the top of the device.

Apple's patent FIG. 1 below is a perspective view of a HomePod, voice-controlled device having a portion of the housing covered with a fabric layer. The upper portion in the dotted line is illustrating that the illustrative thermoformable display may enlarge and cover some of the sides of the HomePod body. 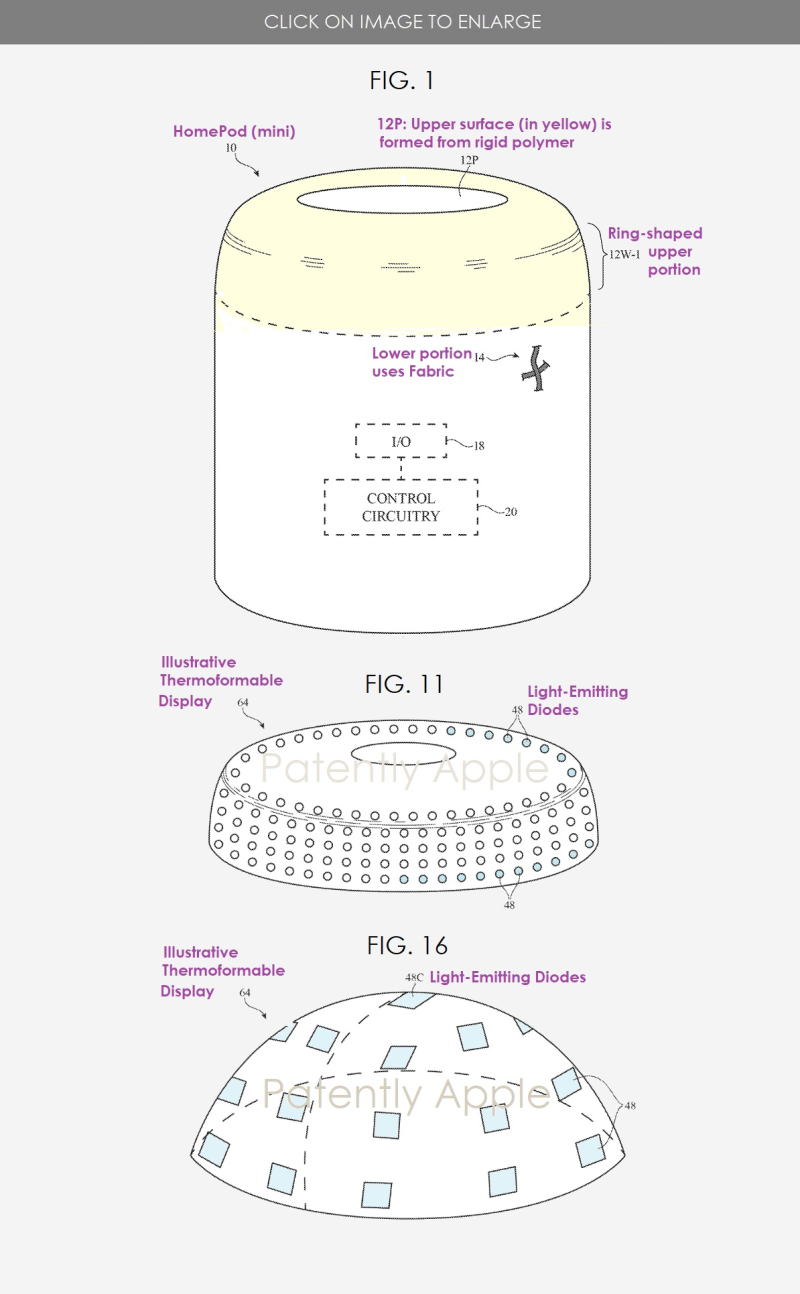 Apple's patent FIG. 11 above is a perspective view of an illustrative display #64 after the thermoforming process is complete. As shown, thermoformed display has a shape with a curvature and Light-emitting diodes (#48) have a ring-shaped footprint around the curved edges of the display. The new design has the lights overlapping so as to be seen on the side of the device.

Apple's patent FIG. 16 is an alternative design for the top of a HomePod in the form of a domed display with light-emitting diodes.

For finer details, review Apple's patent application number 20210064167. An interesting tidbit to this patent is that Apple filed another patent for this invention in China at the same time as they did in the U.S. Apple states in their U.S. patent filing that they've incorporated the Chinese application into their U.S. filing.