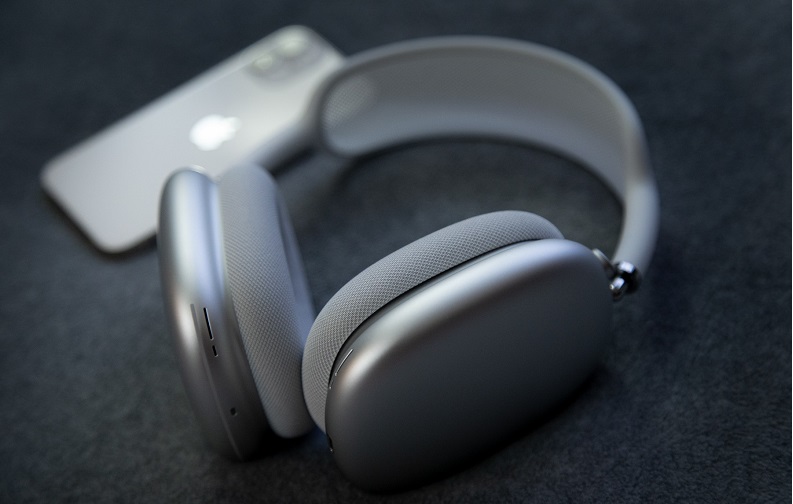 Having once upended the market with its AirPods, Apple's AirPods Max looks likely to again change the course of the $35 billion advanced headphones arena with its $549 headphones and inflict pain on incumbents from Bose Corp. to Bang & Olufsen A/S, according to a new Bloomberg report.

Apple debuted its latest upscale headphone into a market increasingly led by mobile tech brands at the expense of established audio specialists. Family-run Sennheiser electronic GmbH, which popularized headphones with its bright-yellow HD 414 in 1968, is set to offload its consumer business to a partner with more marketing muscle.

Between Apple’s new over-the-ear play at the high end and aggressively priced incursions from below, firms like Sennheiser are struggling to compete with the wireless expertise, app ecosystems and global reach of smartphone makers.

Once a mainstay of audiophiles, headphones have become increasingly essential and sophisticated -- particularly since the pandemic -- as people rely on them for everything from online teaching and gaming to video conferencing.

A mix of better tech and new entrants like China’s Xiaomi Corp. driving down prices helped smartphone makers like Apple, Samsung Electronics Co. and Huawei Technologies Co. secure 32% of global headphone shipments in 2020, according to Futuresource analyst Rasika D’Souza. That share was even higher in terms of revenue, she added.

D'Souza added that "Apple successfully created a niche for itself in this space by complementing its on-the-go ecosystem with a pair of truly wireless headphones” with the AirPods. Other smartphone vendors have really benefited from this trend."

Jitesh Ubrani, research manager at IDC stated that "The AirPods Max will open the door for higher-priced wireless headphones from the incumbents such as Sony, Jabra, and Bose. But it will also put pressure on audiophile brands such as Bang & Olufsen and Master & Dynamic, as these companies have faced little competition within their price segments." 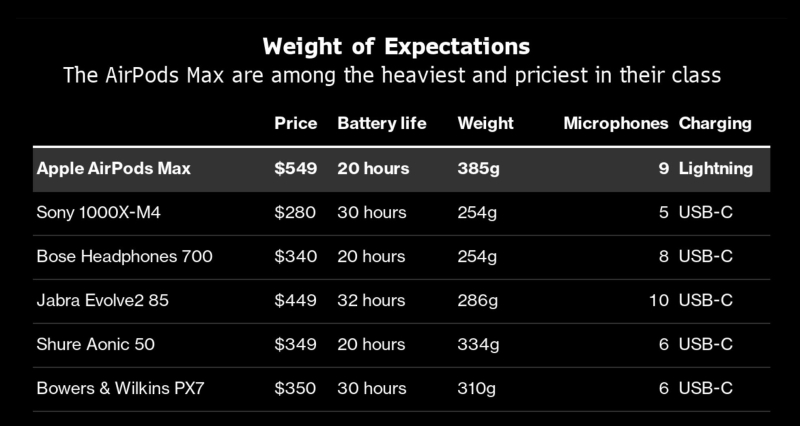 Apple’s nascent Spatial Audio feature, a Dolby Atmos rival, improves movies and games by precisely positioning sound sources. Spatial Audio works only in combination with an iPhone or iPad and a small selection of services so far, but could be a differentiator and has been lauded by reviewers including Harman’s Sean Olive, an audio industry veteran. The AirPods Max are a chance for Apple to twin its hardware with subscription services like Apple TV+ and offer a unique experience. Few outside of Sony Corp. have the same potential to pair hardware capability with a vast content portfolio.

Oliver added that "The big question is whether Apple Music starts releasing immersive music in their store that supports it. That could really make it take off." For more on this, read the full Bloomberg report by Vlad Savov.

Apple's CEO Tim Cook noted in Apple's latest conference call back in January that accessories grew by 30% in their fiscal Q1 2021 with AirPods Max being one of the driving forces.