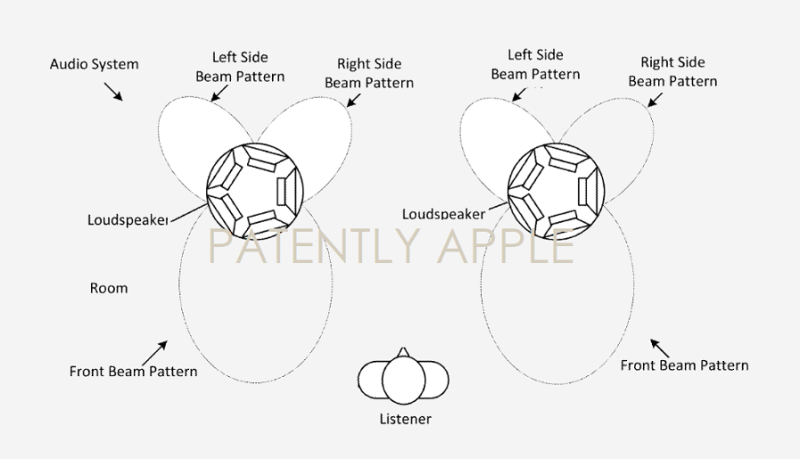 Today the U.S. Patent and Trademark Office officially granted Apple a patent titled "Surround sound rendering based on room acoustics" that relates to performing audio processing techniques upon a sound program to render the sound program for output through one or more loudspeakers.

As a result, the different beam patterns may include different portions of the sound program. For instance, in the case of the sound track, the front beam pattern may include a center channel (that has dialogue), while the side beam pattern may include portions of the surround channels (left surround channel and right surround channel). The system, however, may perform a cross-talk cancellation (XTC) algorithm based on a subset of the input audio channels to produce several XTC output signals for driving at least some of the drivers of the loudspeakers when the loudspeakers are far away from the object (e.g., exceeding the threshold distance).

Apple's patent FIG. 1 below shows an audio system that includes a loudspeaker with a loudspeaker array of two or more loudspeaker drivers; FIG. 2 shows a room with several loudspeakers configured to output sound according to one aspect. 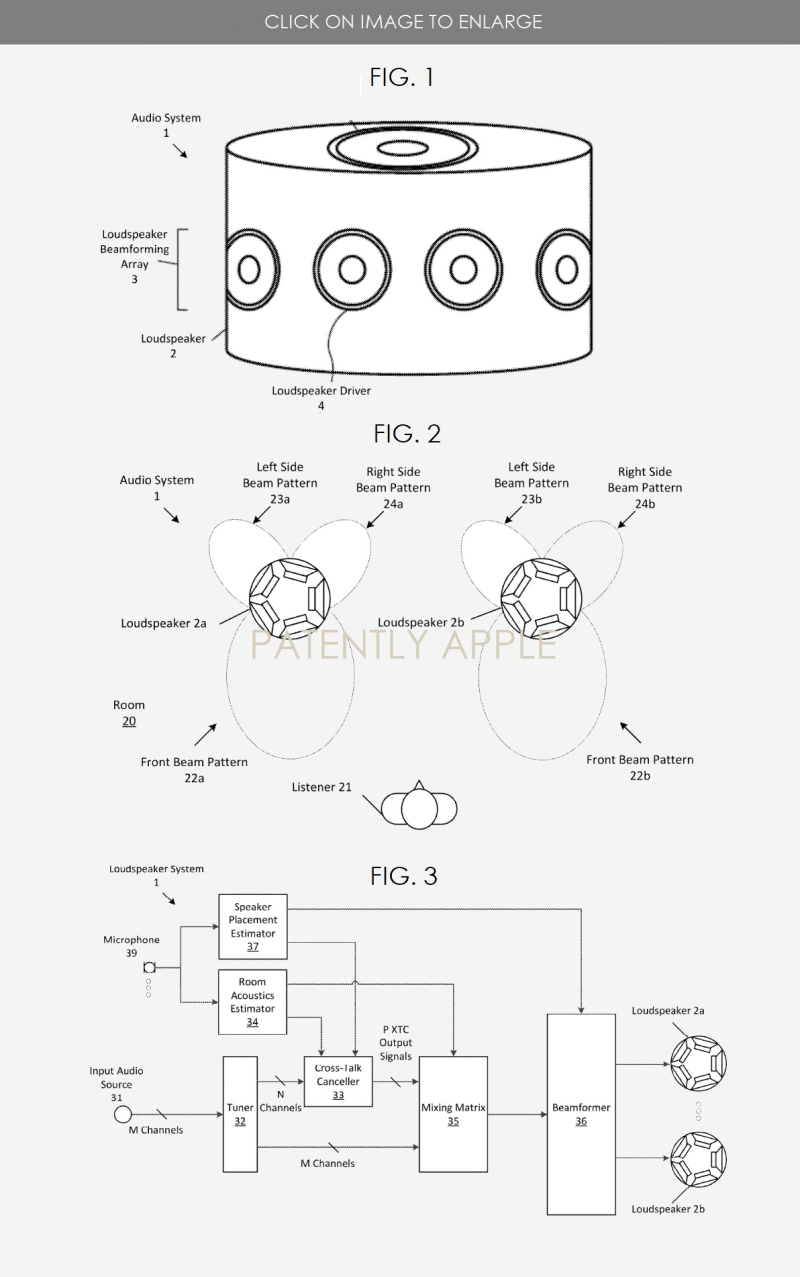 Apple's patent FIG. 3 above shows a block diagram of an audio system that performs different audio processing techniques upon a sound program of one aspect of the disclosure.