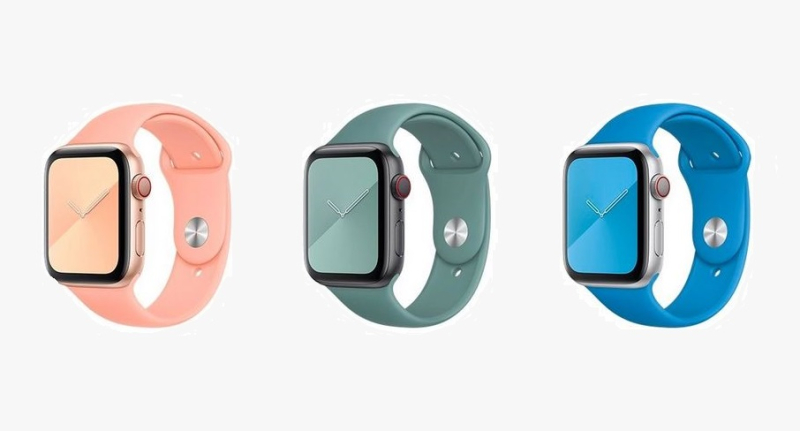 Yesterday the US Patent & Trademark Office published a patent application from Apple titled "In-Field Soft Magnetic Distortion Hardware Compensation." As Apple noted in their warning about certain bands affecting the magnetometer / compass, they also specifically noted that the compass wasn't affected by Sport Loop bands introduced in September 2019 or later, or any version of the Sport Band.

Apple's patent published yesterday explains some of the changes that were made to the magnetometer and construction of the Apple Watch, including a new 'distortion shield.' The magnetometer's new shield and other improvement could together work around "soft distortion" brought on by certain materials in certain watch bands. Apple's patent walks  us through this matter. Below are just a few paragraphs in a sea of details.

In some examples, the device can detect the change in the component through one or more sensors that can be configured to detect whether a component is attached to the device.

For example, a proximity sensor can detect when a component is near to, adjacent to, and/or attached to the device. In some examples, a removably attachable component can provide a signal to the device indicating that is has been attached thereto, and the device can detect the change in magnetism based at least partially on this indication.

For example, a band can include a contact portion that can come into electrical contact with one or more components of the device when the band is attached to the device, thereby providing an indication to the device and allowing for detection of the change in magnetism associated with the component.

In some examples, detecting the change in magnetism can include prompting a user and receiving an input or response from the user based on the prompt indicating that a change in components and/or magnetism of the device has occurred.

For example, the device can prompt the user through a user interface to indicate whether there has been a change in a component of the device, such as the band. 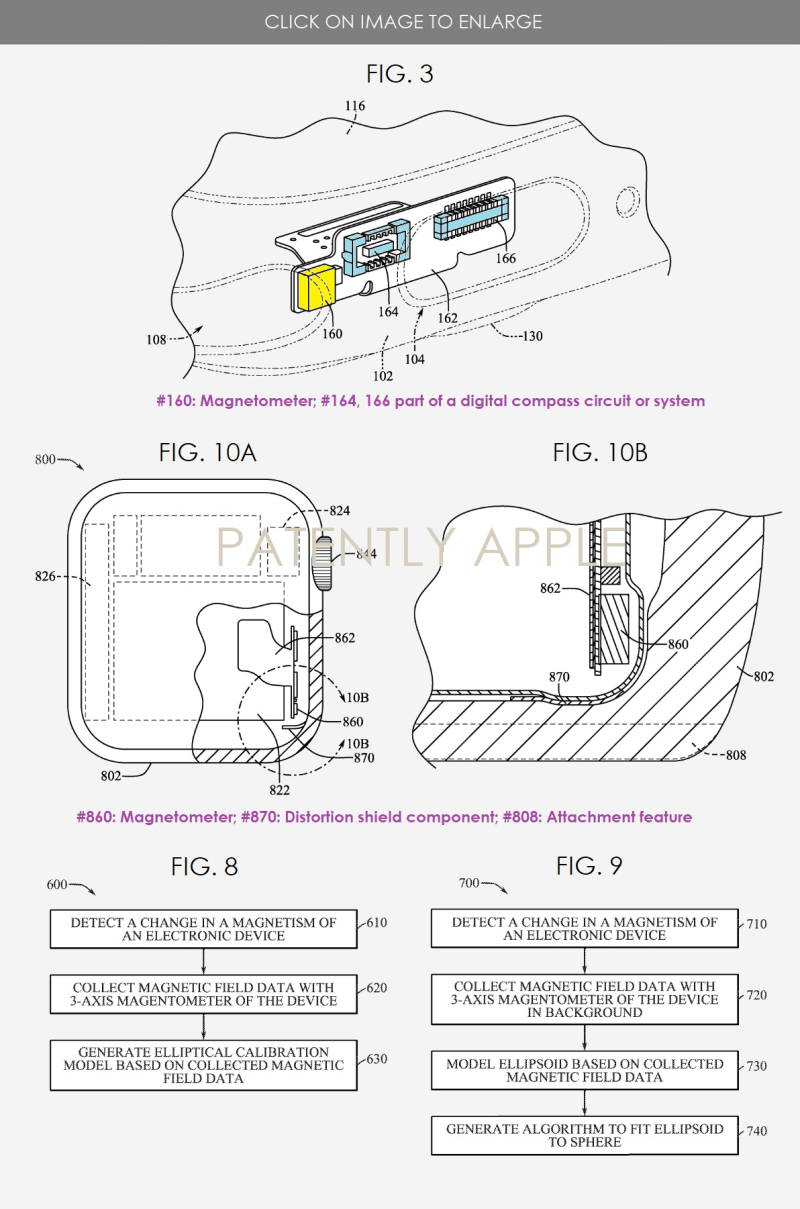 Apple's patent FIGS. 8 and 9 show different process flow diagrams for a method of calibrating a magnetometer of an electronic device.

For finer details, review Apple's patent application number 20210072335. Considering that the patent was filed well after the issue arose in 2019 with certain watch bands, there's a chance that some of what Apple details in their partial solution (patent) are yet to be implemented in Apple Watch.

Considering that this is a patent application, the timing of any new feature coming to market is unknown at this time.