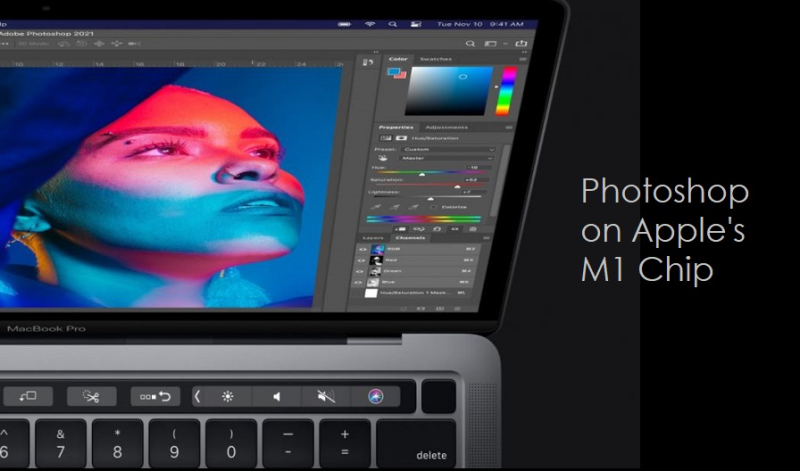 Q. Jonny Evans: A product like Photoshop is an essential tool of the trade for many people. What were the biggest challenges when planning to migrate it to the M1 platform?

A. Mark Dahm: "Photoshop has been fortunate enough to have been serving Mac customers for over 30 years, and having lived through the transition from Power PC to Intel chips in the 2005/2006 timeframe, a few familiar considerations came to mind as the Apple silicon announcement was made.

For one, performance is top-of-mind for our creative professional customers, so we wondered how long it might take for us to match the years of performance-tuning that ensured smooth operation for Photoshop’s sophisticated blending and rendering capabilities.

Q. Evans: During the migration, what were the biggest challenges? How closely was Adobe able to work with Apple on the project?

A. Dahm: "Fortunately, Apple’s Rosetta mode allowed Photoshop to run reliably and fast on M1 devices on day one, without requiring significant changes to the code base. And many features were running as fast, or even faster than on the previous systems, so those earlier questions about performance were being resolved quite satisfactorily.

But re-factoring all of Photoshop’s dependencies to run in native mode was the necessary first step toward unlocking real performance gains from the hardware. Here, attention to the developer tool chain set the stage for a seamless transition, allowing us to spend more time fixing issues in our own code and not fighting with finicky developer tooling issues.

We were eager to tap into the more specialized aspects of the M1 chip to see how they could re-energize some of the seemingly magical features that have since become staples of the Photoshop experience over the years; features like Content Aware Fill, the healing brush, specialized filters and even relative newcomers, like the machine-learning-based Auto Select Subject and Sky Replacement tools.

And thanks to our close partnership with Apple, we were thrilled to implement additional specialized optimizations that further boosted those features to where they clearly outpaced the broad-based performance boost that we were seeing across the other features. This is only the beginning, and we look forward to bringing even more performance gains and Photoshop magic to life on the new Apple silicon platform. "

There's a lot more to the interview by Jony Evans and you could read all about it here.

In a Wednesday report, GSMArena reported that "Adobe has announced that the macOS version of Photoshop has been updated to natively support the ARM-based Apple M1 chip on the latest Mac models. Native support means that the application no longer has to run within the built-in emulation software (known as Rosetta 2), which improves performance.

According to Adobe, the native Apple silicon version of Photoshop runs on average 1.5x faster than "similarly configured previous generation systems." This was tested over a wide range of tasks such as opening and saving files, running filters, and compute-heavy operations like Content-Aware Fill and Select Subject. Adobe claims the updated version does these tasks noticeably faster than before, with some being substantially faster.