A pizza offer was made available to L.A. fans watching the finale of the Apple TV+ series 'Servant' Yesterday. Is this an emerging trend? 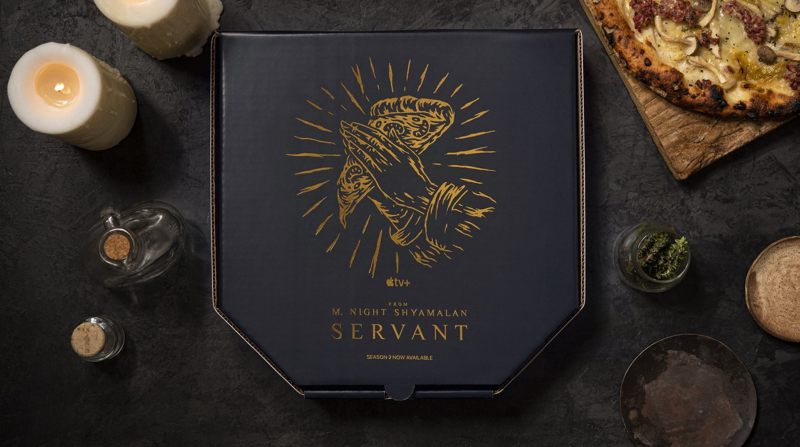 Is Apple experimenting with a new marketing plan for Apple TV+? Last night in L.A.  two pizza restaurants offered a free pizza for Apple TV+ fans watching the season finale of Servant as presented in the Tweet below.

One of the lead characters in the Servant series is 'Dorothy' whose favorite food was pizza. So was this Pizza offer uniquely tied to the Servant finale or will Apple plan to add similar themed offers for the finale of other future series?

Could Apple expand such offers in the future with national food chains like Dominos or Pizza Hut – or Taco Bell, Subway etc.? Could it offer other types of specials in the future beyond food such as a soundtrack of the series from iTunes or a free subscription to Apple Music?

Yesterday's offer for free pizza in the L.A. region alone (until March 21st) could have been a marketing test or simply a unique one time deal. While only time will tell how this plays out, it's certainly something to watch for in the future.

In the big picture, I can't see Apple, a two-trillion dollar company, getting involved with a one-shot limited offer to make a few local pizzerias happy. I think it could very well have been a marketing test.