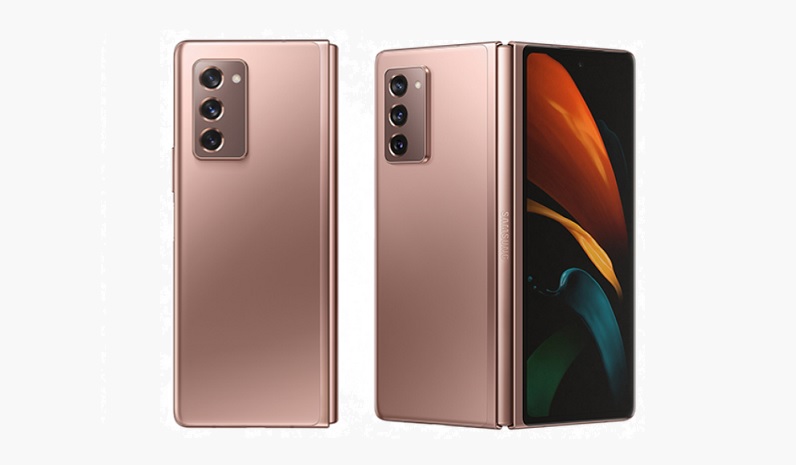 Samsung was first with the Phablet form factor which started off slow in the market and is now the norm. Samsung's Galaxy Z Fold2 is another new form factor. Currently it's not exactly a runaway hit but could gain traction once the kinks are worked out, especially the fragility of its larger display. Last week a new patent filing from Samsung was published by the U.S. Patent Office that reveals a brand new display support system that could be in the works.

Samsung states in their patent filing that while a foldable display device has an advantage of a large screen, it also has a disadvantage in that a risk of damage and deformation due to an external impact is increased.

The patent covers a method of preventing the damage. Exemplary embodiments of the invention provide a foldable display device in which a rail is disposed between a display panel and a support member, thereby preventing damage to the display panel caused by an external impact. 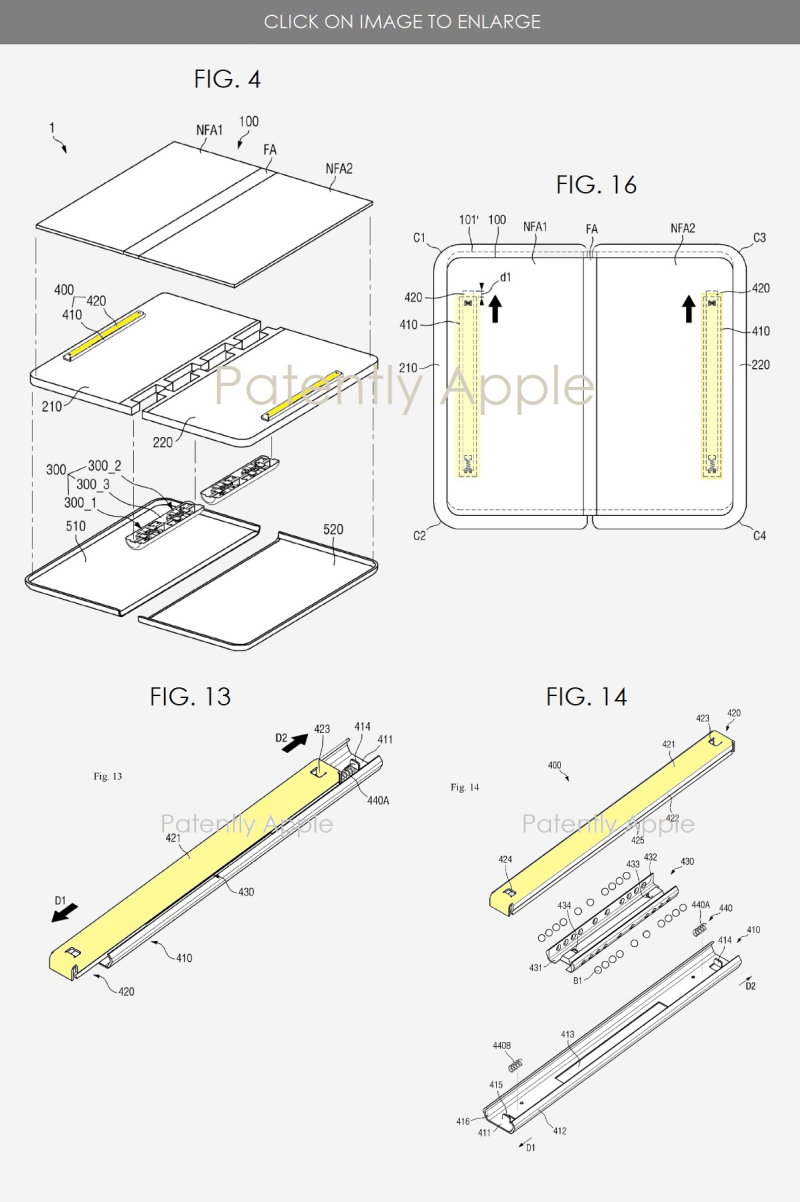 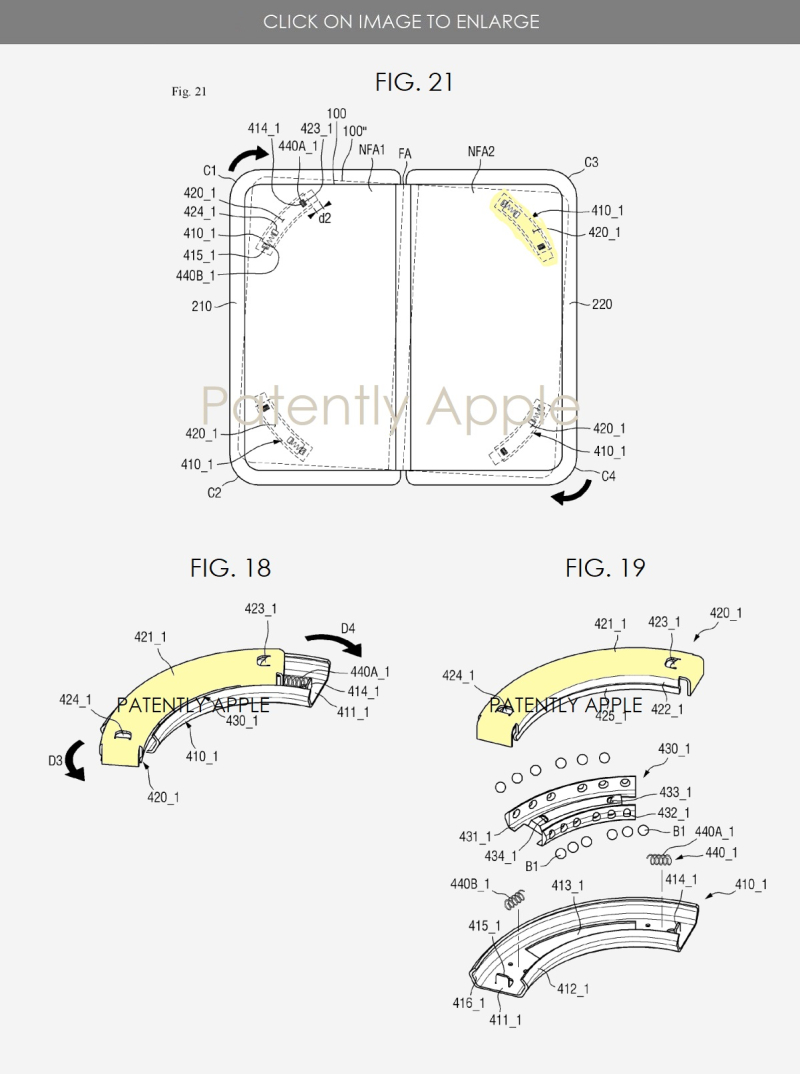 With Samsung acknowledging that their Galaxy Z Fold2's display carry's a risk of damage and deformation in a fall event, it's expected that their new display support structures  should be coming to market in the not-too-distant future. However, this is  a patent and one never knows which patents that Samsung has prioritized for the future.

Though if you're thinking of purchasing a Galaxy Z Fold2, just know that Samsung is well aware that in a fall event, their large phone display is likely to get damaged badly, much more than their standard Galaxy phones because of the type of display being used in the Galaxy Z Fold2. It's just another reason to hold off on purchasing a $2,000 smartphone until this form factor has worked out more of its negative foibles.