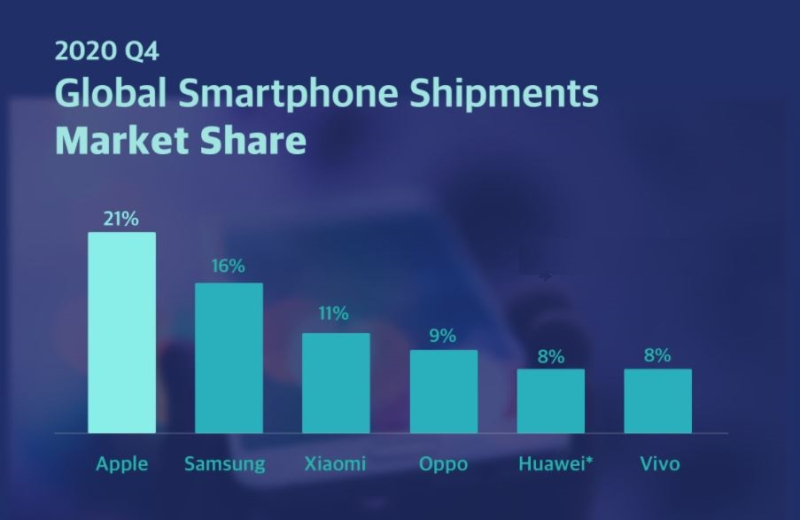 Although we've reported on Apple dominance of the global smartphone market in Q4 2020 twice this year (01 & 02), a new report today includes a nicely laid out infographic covering Q4 2020 that some may appreciate.

Apple's glaring weakness in the Latin American market may change over the next few years. Apple expanded their Board of Directors back in January by bringing Monica Lozano on on to their team who was described as a trailblazer in Hispanic media and business. During Apple's last financial conference call, Apple's CEO has commented at one point in the Q&A session that in respect to Latin America, "There's lots of opportunity ahead of us there."