Home Archives Contact Us Subscribe Twitter Facebook Patently Mobile
Apple is working with the U.S. Government on new Coatings for Cathode Active Materials for Mobile Batteries & Beyond
Apple Supplier BOE will be entering the MicroOLED display market in H2 2021 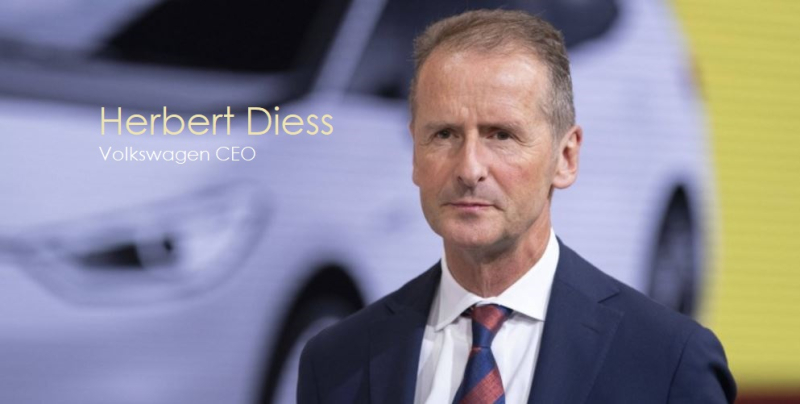 On February 14th, Volkswagen CEO Herbert Diess stated that Apple’s entry into the automotive industry was "Very reasonable" and could combine its expertise in software, batteries, and design with Combine huge resources.

"Nevertheless, we are not afraid," Diss said in an interview with the media. The auto industry is different from the technology industry and Apple "will not take over it overnight."

Previously, Herbert Diess had stated on social media that the entry of a technology giant with a lot of money into the auto industry would pose a greater challenge to the public than the traditional rival Toyota.

Diss added by stating that "The incredible valuations of these companies such as Apple and the almost limitless access to resources have brought tremendous pressure to us." You could read the full Frankfurter Allgemeine report here (that's behind a paywall).

Of course it's easy for Volkswagen's CEO to say they're not afraid of an Apple when it's not a reality in the market at present. Why such commentary fluff matters is even more baffling.