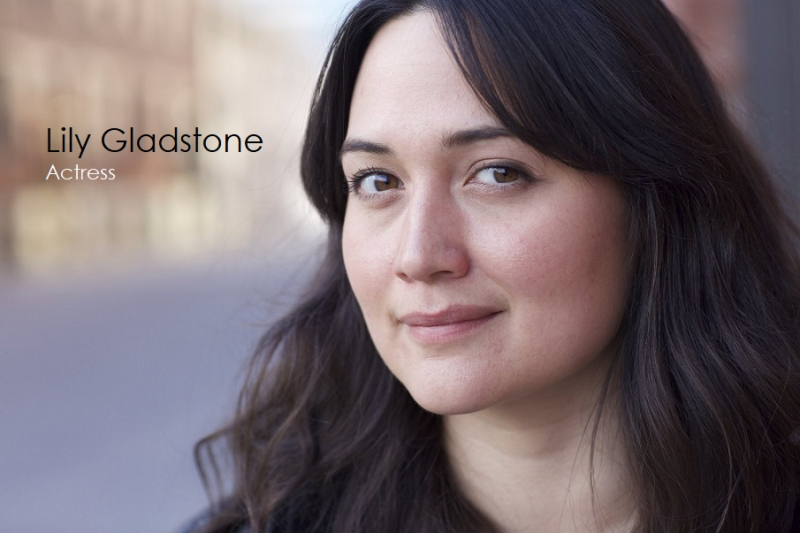 News first surfaced about Apple Studio being in a bidding war with Netflix over the future film "Killer of the Flower Moon" back in May 2020. Then in August Apple signed a deal with DiCaprio's company 'Appian Way Productions that involved 'Killers of the Moon' that will be directed by Martin Scorsese. Today we're learning that Lily Gladstone is set to star in the film.

Gladstone will play Mollie Burkhart, an Osage married to Ernest Burkhart (DiCaprio), who is nephew of a powerful local rancher (De Niro). Scorsese also will produce for Apple Studios and Imperative Entertainment from a screenplay by Eric Roth. Producing alongside Scorsese are Imperative’s Dan Friedkin and Bradley Thomas, and Appian Way Productions.

Based on David Grann’s praised best-seller and set in 1920s Oklahoma, Killers of the Flower Moon depicts the serial murder of members of the oil-wealthy Osage Nation, a string of brutal crimes that came to be known as the Reign of Terror.

Set in 1920s Oklahoma when the Osage Nation discovered oil under their land, the Native Americans found themselves being murdered one by one. As the death toll rose, the newly created FBI took up the case and unraveled a chilling conspiracy and one of the most monstrous crimes in American history.

For more, read the full reports by Deadline and The Hollywood Reporter.