Home Archives Contact Us Subscribe Twitter MeWe Facebook Patently Mobile
The 8th Largest U.S. Retailer 'Target' has announced that they're Launching new mini Apple Stores within 17 of their locations
Facebook's VP of AR/VR Development Confirms that the company is considering the use of Facial Recognition Cameras on their Smartglasses 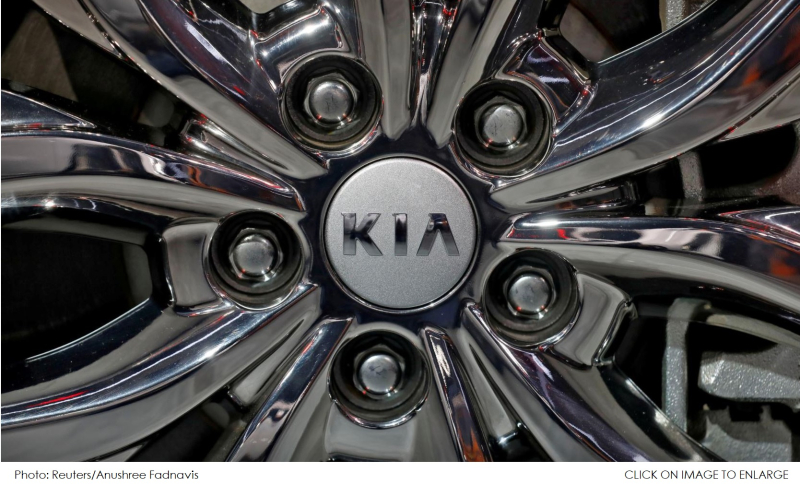 On February 8 Patently Apple posted a report titled "Kia Admits in a Korean Regulatory Filing that it is not in talks with Apple for a car after first allowing their stock to rise 20% on rumors." We posted a second report on February 17 titled "Hyundai Executives are under investigation over whether they Profited from False Statements about working with Apple on a Future Vehicle."

With the Korean stock market falling, Kia's stock price jumped 8.1% on yet another rumor about working with Apple after the company admitted in a legal document that were not in talks with Apple – meaning not in talks with Apple on anything. Yet a new report from Korea's Chosun Biz (owned by the oldest newspaper in S. Korea Chosun Ilbo) keeps this rumor door open.

They angle the story that the statement in Kia's regulatory filing was about not working with Apple on "autonomous vehicles," but that negotiations are still underway in a wide range of areas, including the production of electric vehicles. That was not indicated in the regulatory filing.

Apart from electric vehicles, Kia and Apple are also discussing collaboration in the field of 'Last Mile' mobility. Last Mile Mobility is a means of transport used to travel the remaining '1 mile(about 1.6 km)' to reach its final destination after a specific mode of transport; for example, it is elusive to take a taxi to your home after getting off the subway or bus, and the kickboards and electric vehicles used a little far away for walking are typical. Kia and Apple have similar strategic goals; more recently, the Internet of Things (IoT) and autonomous driving, With the incorporating of advanced robotics technology, the field is edging into the future of the automotive and IT industries; it can also be used in the field of logistics and food delivery B2B. "Spot", a robotics company of Boston Dynamics, acquired last year by Hyundai Motor Group, is also expected to play a key role in last mile service.

Lastly, the report noted that when the contents of the electric vehicle deal were leaked, Apple took issue with the violation of the no-secret clause with Hyundai.

Then the reality surfaced when they stated that "Apple reportedly discussed apple car production with other global companies other than Hyundai and Kia."

It's up to the investigation into this matter to be broadened and hold Hyundai and Kia accountable for promoting a rumor that they knew was false in order to raise their stock price that continues to this day. For more, read the full Chosun Biz report.