Home Archives Contact Us Subscribe Twitter MeWe Facebook Patently Mobile
Apple's First 'For All Mankind' Podcast begins on February 19, the day that Season 2 of the Series Begins
Apple wins a Patent for Displays with Multiple Refresh Rate Modes Ranging from 60-120Hz and Much Higher 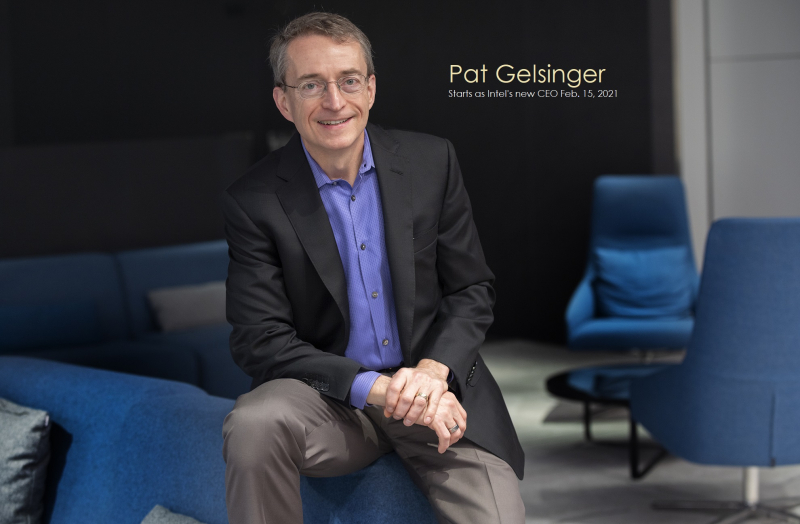 Today marks Intel’s official CEO transition as Pat Gelsinger becomes the company’s eighth chief executive officer in its history. Gelsinger is an accomplished CEO and industry veteran with more than four decades of technology and leadership experience – including 30 years at Intel, where he began his career.

Gelsinger shared his thoughts on returning to lead the company, saying:

"As the incoming CEO, I am just really thrilled that we have the opportunity to take this great icon of a company, this company that has been crucial to every aspect of technology, and have it be that leader again into the future. Because I believe that Intel has a treasure trove of technologists, of technology, and ultimately its core DNA is being that technology leader for the future. I’m just thrilled as a technologist, as a geek at heart, to be able to be in that leadership role to help bring the passions, the history, the opportunity of this great company forward as never before. Our best days are in front of us."

Apple will continue to sell higher-end Mac Pro towers with Intel Inside for another year or two and so at least in the short term we're cheering Intel on to get faster, better chips out the door.