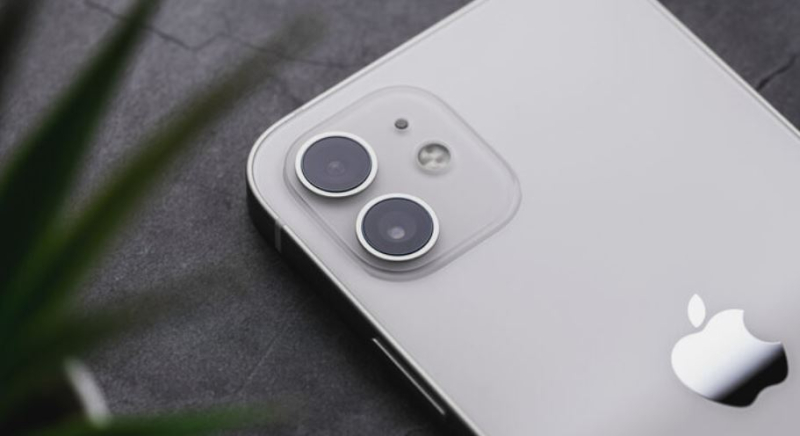 The Counterpoint report further noted that "Apple may have declined slightly in 2020, but this doesn’t tell the full story. The decision to delay the launch of the iPhone 12 appears to have paid off, for two reasons. First, it gave the iPhone 11 and iPhone SE the opportunity to demonstrate remarkable longevity, selling continuously well in many markets throughout the year. And second, it built up demand for the new device which, when finally launched in October, sold spectacularly. In fact, the iPhone 12 was Apple’s most successful device launch to date, and drove Apple to a record share high of 30% in Q4 2020," as noted in the chart below. 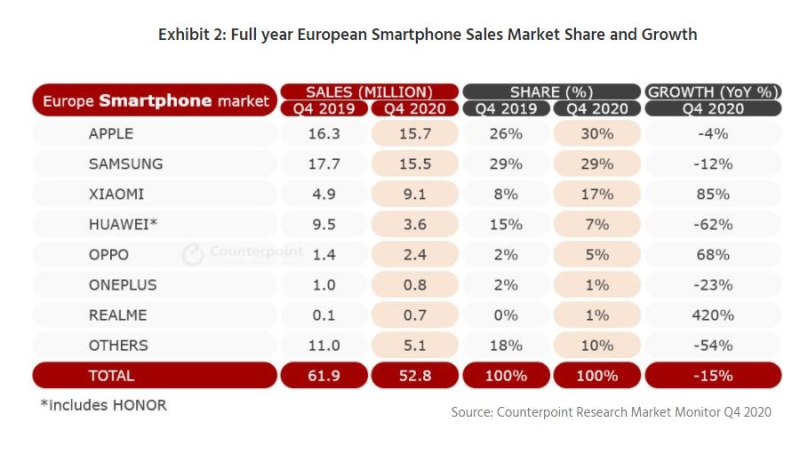 Huawei’s inability to produce competitive smartphones thanks to US sanctions means the vendor has all but exited the European smartphone market. It should be noted that Counterpoint's chart notes that Huawei's numbers include phones from Honor. Huawei sold Honor back in November. However, there was no date announced as to when the deal will be finalized. The sale of Honor, when completed, will likely send Huawei shipment statistics down to the bottom of the top smartphone vendor list.