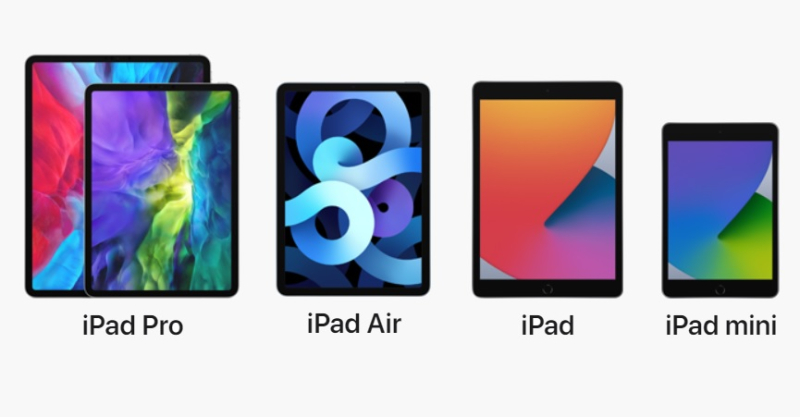 In late January Patently Apple posted a report on the iPad being the number one tablet worldwide in 2020, according to Canalys. Today, IDC published a report in China on the top tablet vendors for 2020 in China.

According to the Chinese tech site "mydrivers" IDC has published the latest statistics on tablet shipments in China for 2020. As presented below, Apple dominated the Chinese market in 2020 with 9.3 million iPads, taking 39.8% market share. Huawei was second with 35.1% market share. 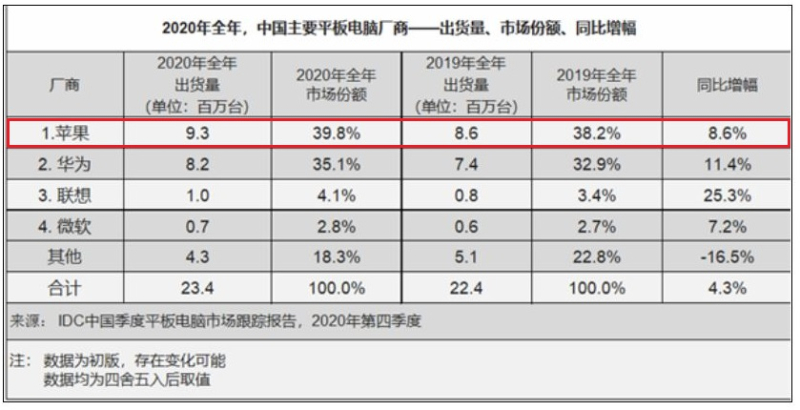 According to Guo Tianxiang, a senior analyst at IDC China, although the growth rate of the Chinese tablet market in 2020 is lower than that of the global market, it continues the growth momentum of 2019, which proves that the market demand for tablet computers in China has begun to recover in 2019 before the epidemic. The 2020 epidemic only promotes the expansion of these demands. Compared with the world, the Chinese market is not recovering simply because of the surge in demand caused by the “epidemic”. For more, read the full report here.

Unfortunately the report failed to break down the iPad model mix to better understand which of the models powered the iPad's success in China in 2020.