For the 14th Consecutive Year, Fortune lists Apple as the World's Most Admired Company 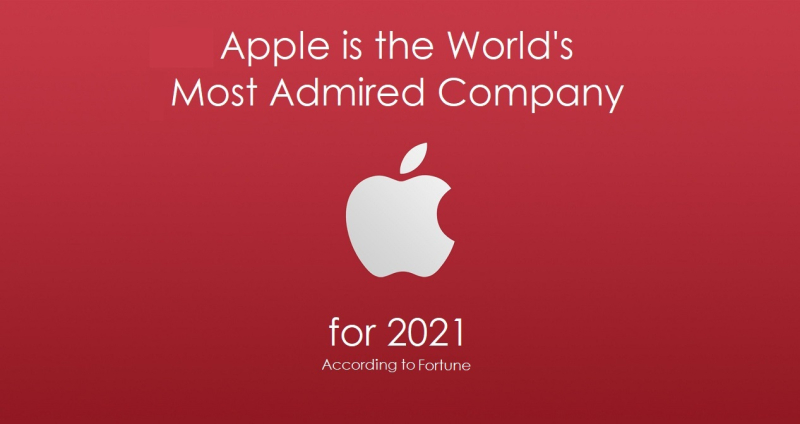 On January 27, Apple announced a blow away quarter and had Brand Finance, the world’s leading brand valuation consultancy, listed Apple as the 'Most Valuable Brand' for 2021. Today the ripple effect continues with Fortune announcing that for 2021 Apple is the World's Most Admired Company.

Fortune announced today that "After a year in which humanity leaned more heavily than ever on tech giants—to connect, entertain, and even feed us in a time of isolation—it’s fitting that Apple, Amazon, and Microsoft hold the top three spots in Fortune’s ranking of corporate reputation.

Apple, the premier personal-tech provider, tops the roster for the 14th year in a row, based on our poll of some 3,800 corporate executives, directors, and analysts. Elsewhere on our All-Stars list, companies that became even more essential during the pandemic were among the biggest movers.

Streaming juggernaut Netflix returned to the top 10. Big-box giant Walmart (No. 11) and Target (No. 17) earned their highest rankings since 2011 and 2008, respectively. And chipmaker Nvidia, medical supplier Abbott Laboratories, and fintech pioneer PayPal each made their Top 50 debut." 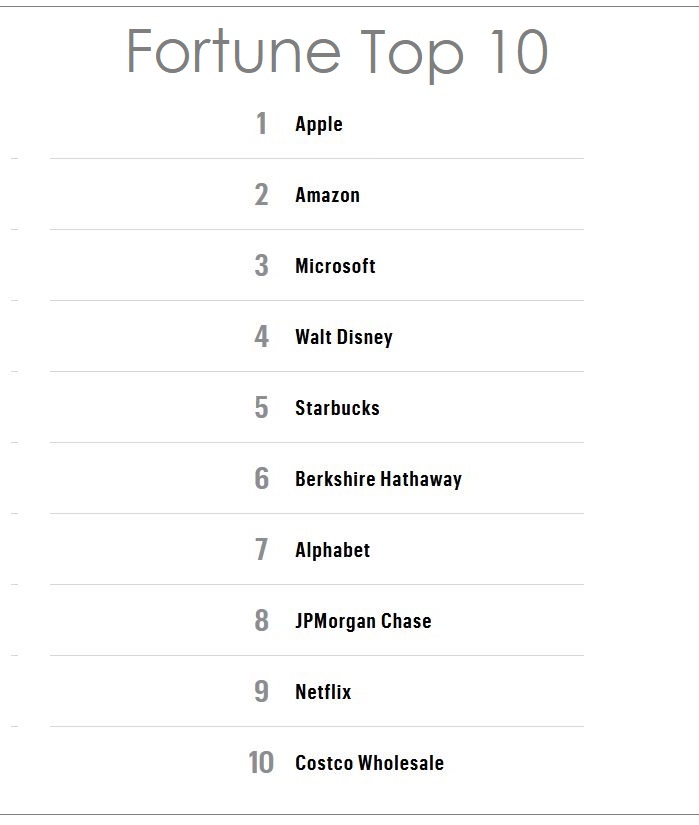