Home Archives Contact Us Subscribe Twitter MeWe Facebook Patently Mobile
Apple Invents an Eye Tracking System for the Creation of Eye Image Animations associated with next-gen Avatars in a VR environment
Apple is working with the U.S. Government on new Coatings for Cathode Active Materials for Mobile Batteries & Beyond

As Rumors persist that iPhones will launch this year with Face and Touch ID, Apple updates their dual Biometrics Patent Before there was ever a rumor of Apple introducing an iPhone with both Touch and Face ID there was a patent describing such a possibility. Patently Apple discovered and reported on the original patent that was discovered in Europe back in December 2018. 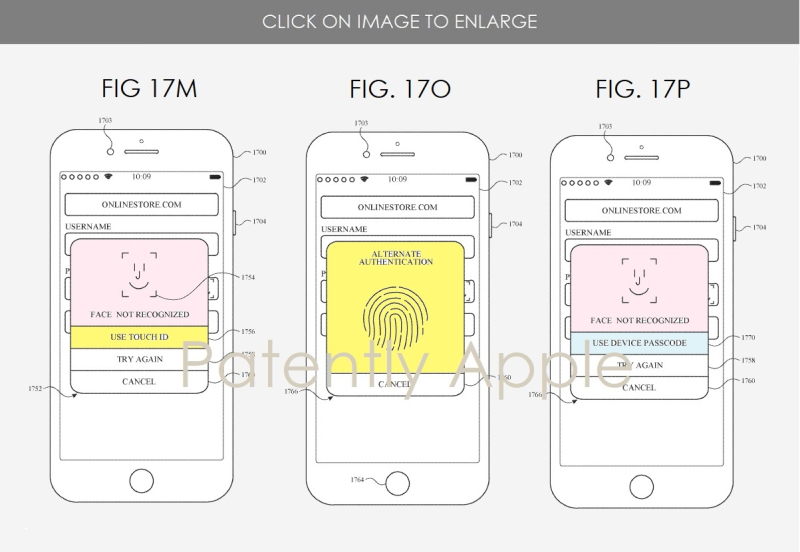 Apple's original patent that was filed in January 2018 and made public in December 2018 contained an insane amount of 406 claims. In Apple's U.S. granted patent published in December 2020 they revealed 29 new patent claims.

On Thursday, the US Patent & Trademark Office published a new continuation patent from Apple wherein they're combining their original provisional patent along with several continuation patents into a single patent filing while adding 33 new patent claims to further protect their invention that may be coming to market in 2021-2022 iPhones.

To review Apple's new claims, check out Apple's continuation patent 20210042549. Considering that this is a continuation patent, the timing of such a product to market is unknown at this time – though there have been a series of rumors that have claimed that this could be the year it finally comes to market. One of the latest such rumors surfaced on January 31, 2020.