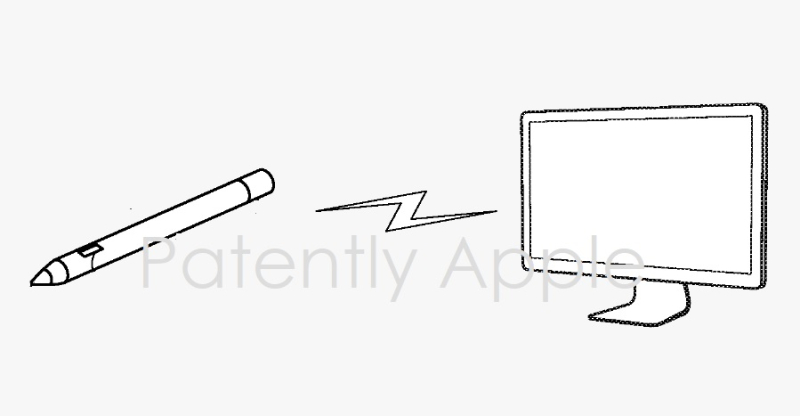 Today the U.S. Patent and Trademark Office officially granted Apple a patent that relates to Apple Pencil. More particularly, the invention relates to a touch-based Apple Pencil that has removable and exchangeable components. In addition, this possible future Apple Pencil be able to conduct in-air gestures to control Macs, Apple TV the box and/or an advanced television.

Apple's granted patent states that an Apple Pencil could provide interchangeability of various removable components, such as removable functional end modules that cover a connector for charging and communicating with the stylus.

The various removable components each provide distinct features, thereby allowing the user to select various capabilities by employing each of the various functional end modules. 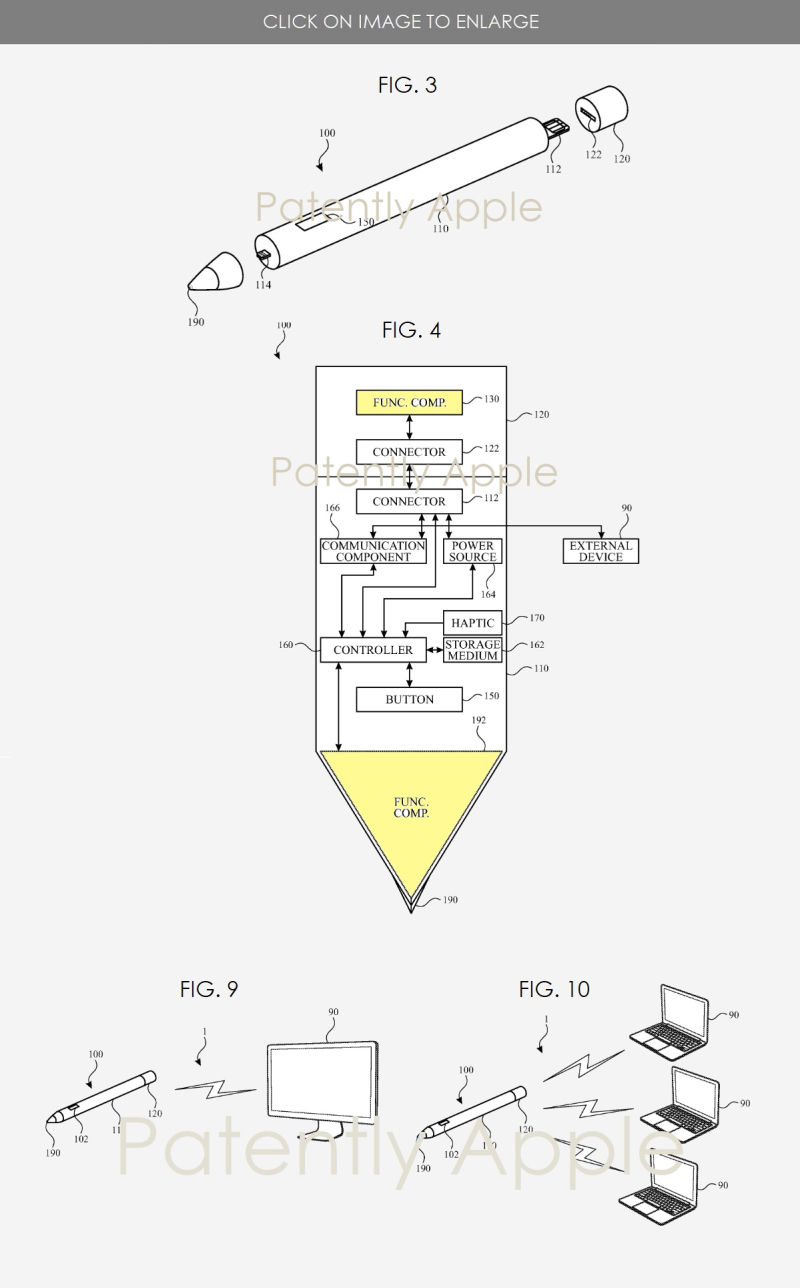 According to some embodiments, the functional component can include a tactile sensor, such as a push/touch button, a twist button that springs back to a default position when not operated by a user, and/or a twist mechanism that produces incremental clicks when moving between various positions.

According to some embodiments, for example as illustrated in FIG. 9 above, this future Apple Pencil will be able to detect gestures made by a user holding the pencil. When a gesture satisfies a predetermined threshold or other characteristic of gestures, the Apple Pencil will be able to transmit a signal to the external device such as an iMac or MacBook to perform one or more actions.

Lastly, according to some embodiments, gestures detected by Apple Pencil will be able to be used to control operation of particular devices. For example, beyond Macs, the external device could be a television or an Apple TV box connected to a television. Apple Pencil could detect gestures and send corresponding signals to pause playback, advance playback by a certain rate or amount, reverse playback by a certain rate or amount, and/or advance or reverse to another episode, track, or photo.