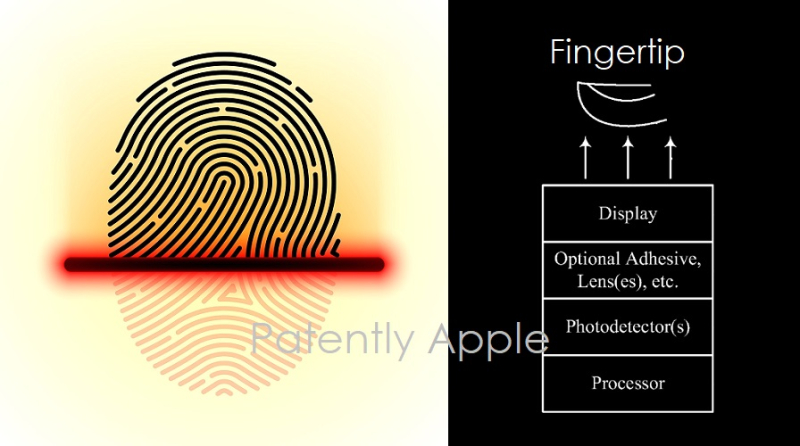 Today the US Patent & Trademark Office published a patent application from Apple that relates to devices that include one or more photodetectors, such as biometric sensors, cameras, depth sensors, and so on. More particularly, the described embodiments relate to the positioning of such sensors behind a display. The invention could apply to future devices like the iPhone, iPad, Apple Watch and many new applications such as vehicle navigation systems, health monitoring devices. Apple envisions that their invention could also apply to the Internet of Things like a thermostat, refrigerator and other appliances.

Although the "possible" applications are many, Apple's patent figures have a deadly focus on Touch ID under the display of an iDevice.

When used for health monitoring purposes, an array of photodetectors may be used, for example, to acquire an electrocardiogram (ECG), pulse, or ophthalmic scan from a user.

When used for entertainment purposes, an array of photodetectors may be used, for example, for palm reading, social networking, or social matching.

Apple presents a series of four patent (6A-6D not shown) that detail various example configurations of the display stack.  Each of the configurations shows a sensor module that may be attached to the backside of a display.

In some cases, the sensor module may be attached to the display using an adhesive, such as an optically clear adhesive (OCA) 604.

Apple's patent FIG. 3 above shows an example plan view of arrays of light-emitting elements and photodetectors that may be included in a stack positioned under the cover display of the device

Although the invention could be used for Face ID and future Iris Scanning, Apple's patent figures clearly support Touch ID on or under the display. Apple's patent claims stay clear of applications and focuses on a device's display make up supporting attached photodetectors.

Apple's iPhones today have Face ID cameras under the display and so what's new is it applying to Touch ID. There's no mention of eliminating the iPhone notch at any point as those who have tried to use cameras under the display without a notch basically failed. So that's a story for another day. While the potential for advanced photodetectors will eventually extend to other devices and applications, the closest to becoming a reality in the short run is for Touch ID.

Apple's patent FIG. 12B below shows one configuration of a sensor module. 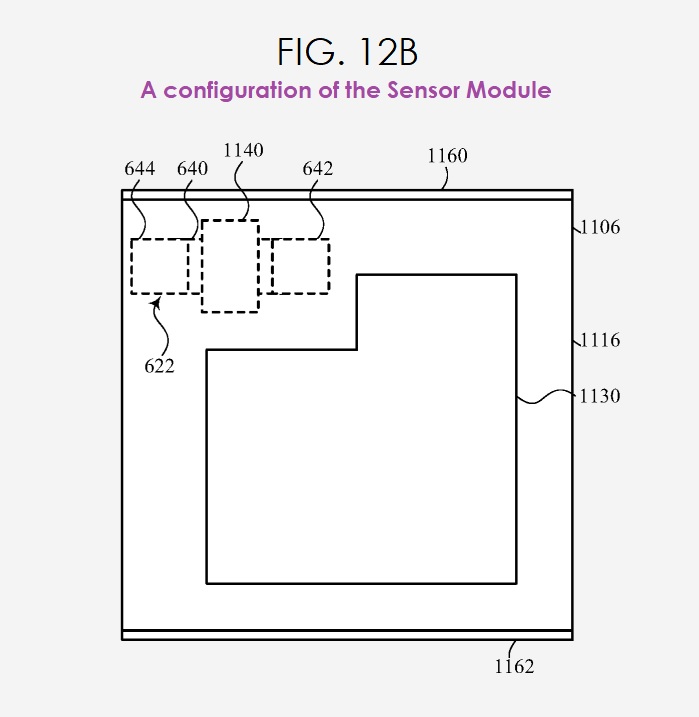