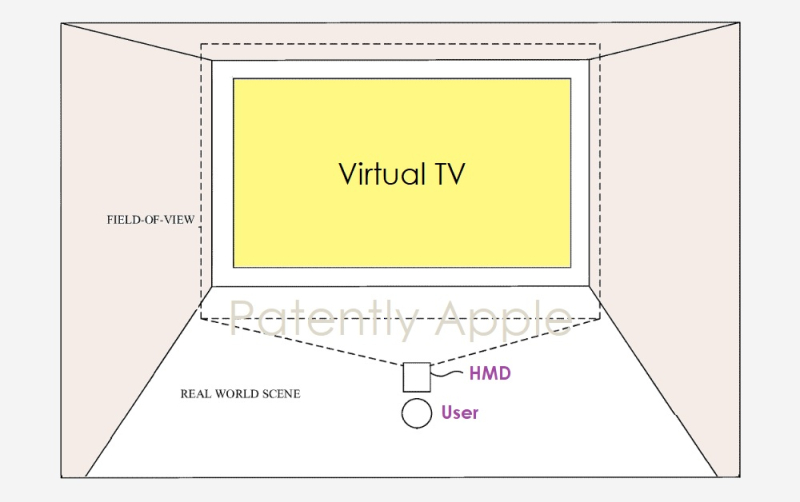 Some VR displays provide users with a 100º view of a scene compared to what humans are used to having naturally, which is approximately 180º view.  It's an issue that's been dubbed "tunnel vision."

In a patent filing published by the U.S. Patent office on Thursday, Apple provides their solution that addresses this issue for an HMD and not smartglasses or 'Apple Glass' as reported by some.

Apple's patent covers devices, systems, and methods for providing computer generated reality (CGR) content that include adjusting a display characteristic of a virtual object as it approaches a periphery of a field of view (FOV).

Apple's main example relates to a virtual television (TV) that may be displayed full-size and centered on a wall based on a desired location in three-dimensional (3D) world space and its size/shape characteristics.

As shown in FIG. 1 below, the virtual object 135 (e.g., a projection of a virtual TV) may appear to the user to be fixed at some distance in front of the user (e.g., a few meters, or even appearing as a giant virtual TV filling front wall (130). In some implementations, the virtual TV may be partially transparent so that the user may view the scene behind the virtual TV. 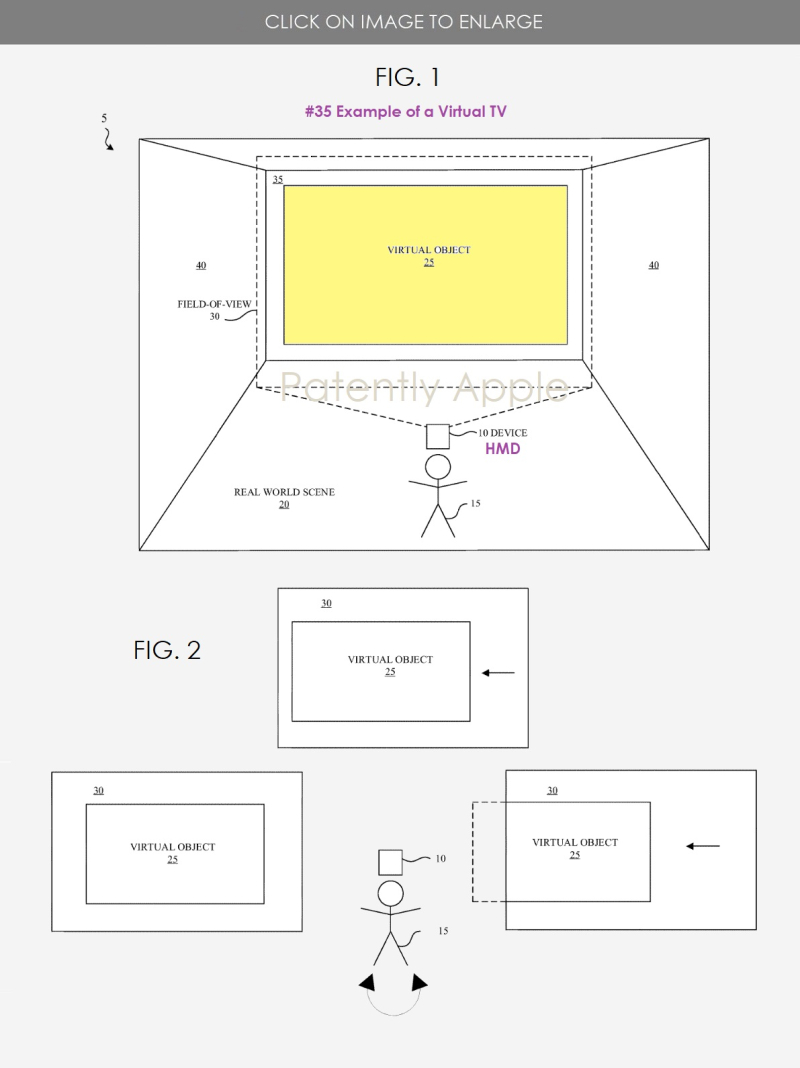 Apple's patent FIG. 2 above illustrates the CGR experience provided by FIG. 1 in which a field of view (FOV) of the electronic device is shifted as HMD is rotated. For example, a virtual TV may move towards an edge of an FOV of an HMD as a user rotates their HMD relative to the physical environment, and anchored position of the virtual TV.

Apple's patent FIG. 6 is a flowchart illustrating an exemplary method of providing a view of a CGR environment. 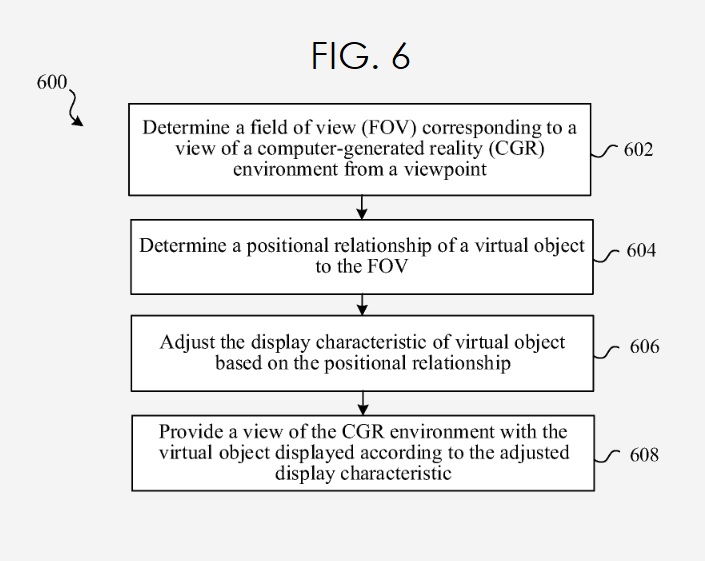 For finer details, review Apple's patent application number 20210048680. The sole inventor listed on the patent is Luis R. Deliz Centeno. He's credited on other Apple patents related to a future headset as follows: