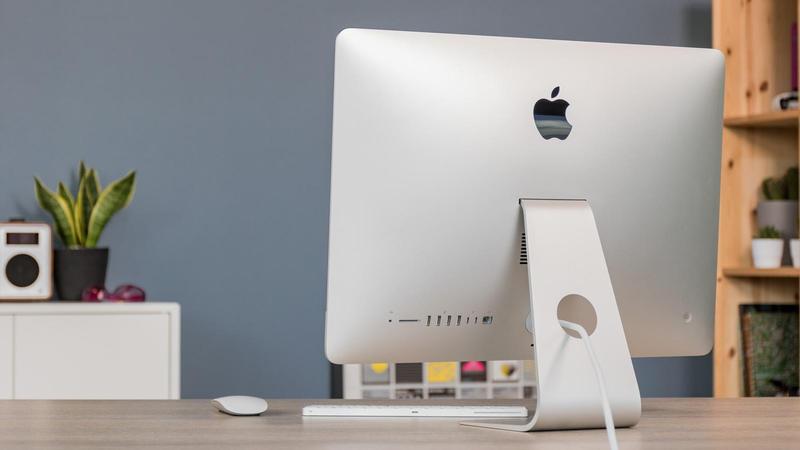 Today the US Patent & Trademark Office published a patent application from Apple that relates to a new cooling fan system for Macs in general with the iMac being emphasized. As Apple Silicon brings greater speeds and graphics power to future Macs, Apple engineers decided that the Mac's cooling system needed an overhaul. Apple specifically focuses on a new guide vane, used to improve airflow through the fan assembly. The guide vane is also able to reduce noise of the fan when in operation.

Apple notes that in order to draw the resultant increased heated air away from the internal components, the fan can run at higher speeds. However, running the fan at a higher rotational speed tends to increase noise generation due to an associated increase in airflow velocity through the fan. Further, in some instances, not only can the increased speed generate additional nose, but also cause flow separation and recirculation in which the heated air does not flow directly out of the fan outlet. When this occurs, the overall fan performance decreases. 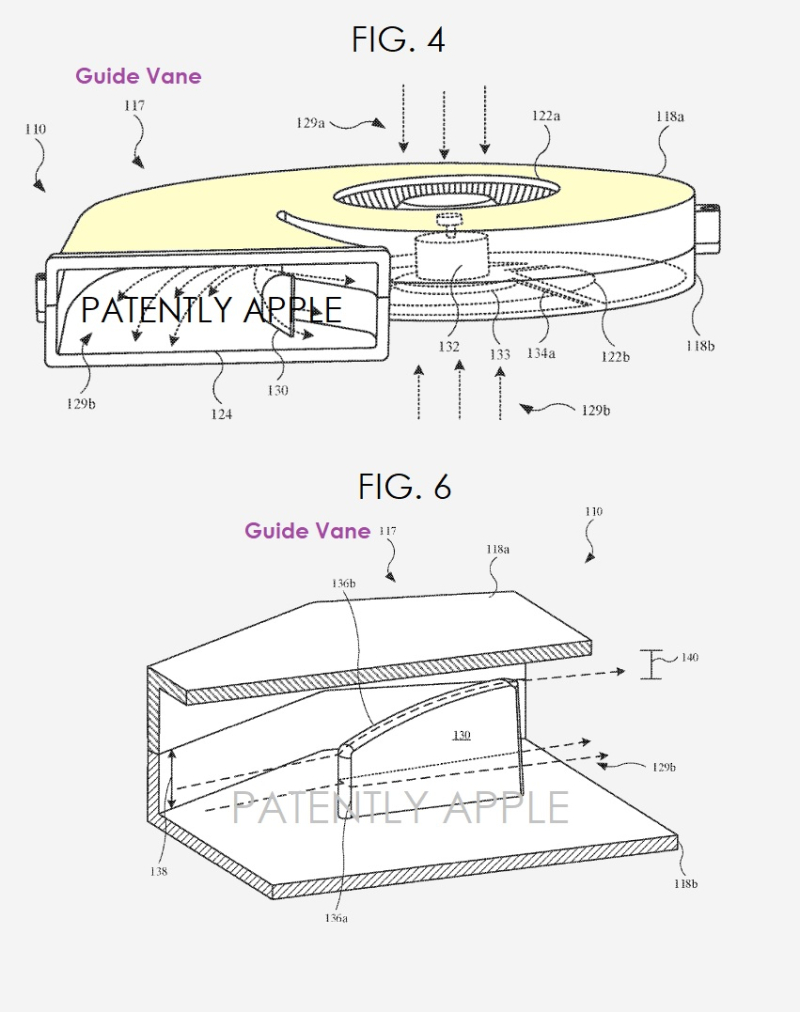 Apple's patent FIG. 1 illustrates a front isometric view of an iMac (with a different stand); FIG 2 illustrates the new cooling fan system; FIG. 5 illustrates a partial cross-sectional view of the new iMac with its cooling system in place with air vents displayed. 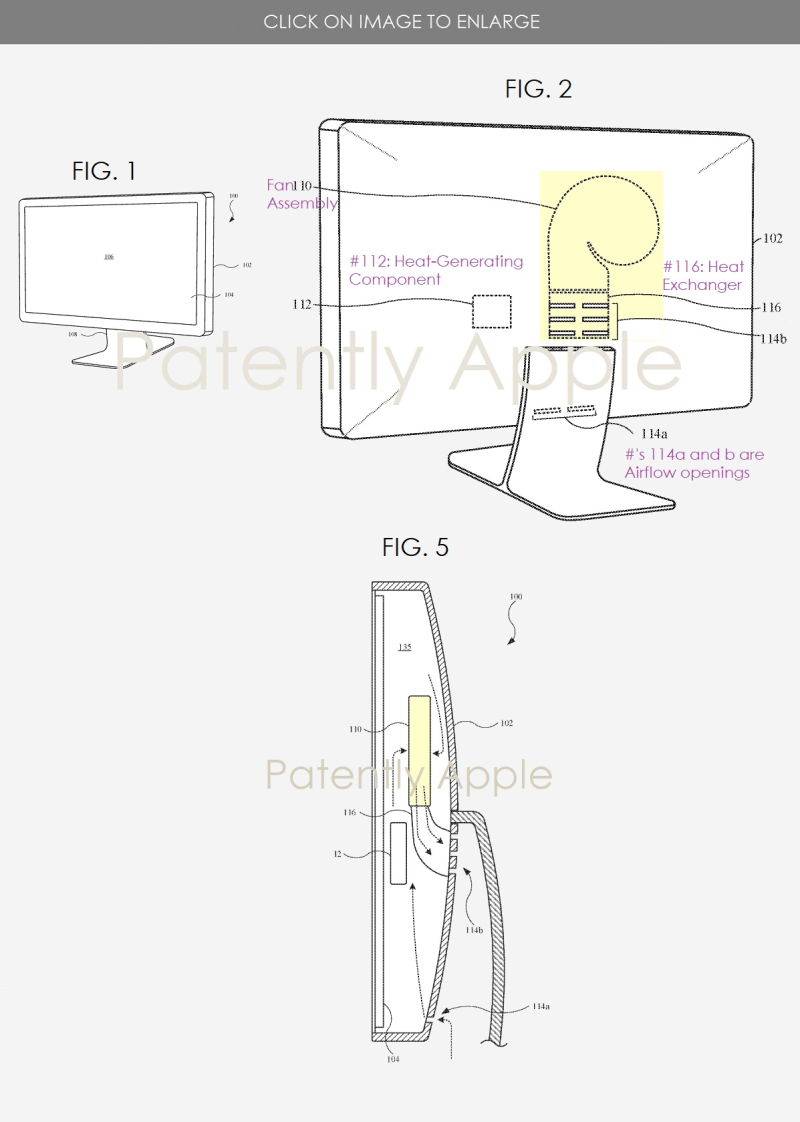 Apple's patent FIGS. 13 and 14 illustrate the new cooling system could apply to other forms of Mac hardware. While the new M1 MacBooks run quieter it's unknown at this time if it's due to Apple's new fan system described in this patent filing. 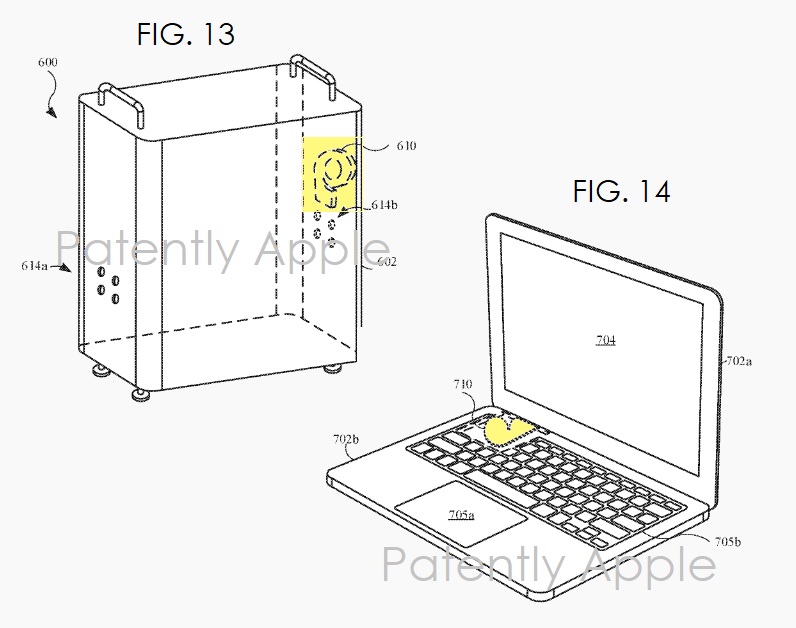 This leads to additional advantages. For example, broadband acoustic noise generated by a fan assembly is a function of fan speed. By reducing the fan speed, the acoustic noise perceived by a user of the electronic device is reduced, which can enhance the overall user experience of the electronic device. Both computational and empirical studies show that the guide vane not only promotes airflow through the fan assembly, but also reduces noise generation.