Home Archives Contact Us Subscribe Twitter MeWe Facebook Patently Mobile
Tom Holland Breaks Down the Apple TV+ Film 'Cherry' with The Russo Brothers in a new 'Around The Table' Video interview
Apple wins a VR Headset patent that describes the use of powerful cameras and connectivity to a Base Station such a Mac, Game Console + 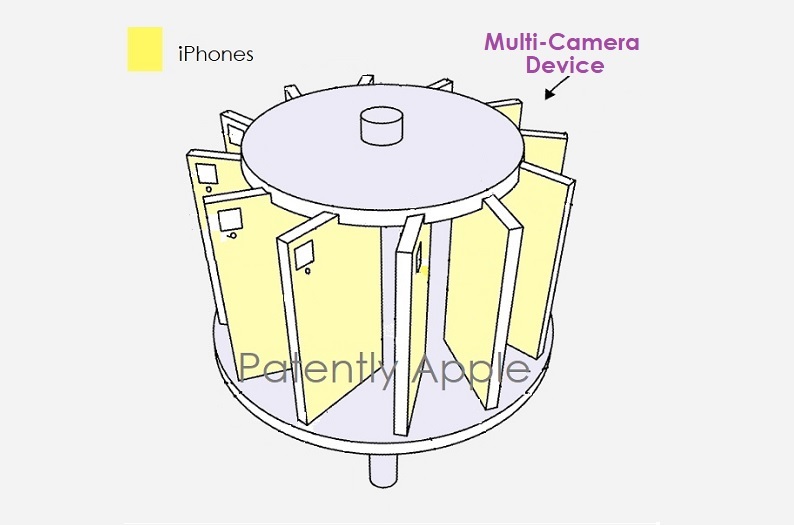 On Thursday the US Patent & Trademark Office published an interesting patent application from Apple that relates to image-capture systems for producing large continuous images from separate image sources. The systems are aimed at professional photographers and videographers who desire to capture compelling, high-quality images (e.g., video) for use in certain large-format applications such as, for example, panoramic videos, 360-degree videos, spherical videos, immersive videos, virtual reality videos, or the like.

In some embodiments, Apple notes that each image-capture device may simultaneously capture audio from the direction in which it captures video. In a playback scenario (e.g., in virtual reality (VR) or panoramic playback) using audio and video captured from multiple devices simultaneously, the video seen and the audio heard by a user can be dependent on the direction in which the user is looking, providing a highly-immersive audio-visual experience. 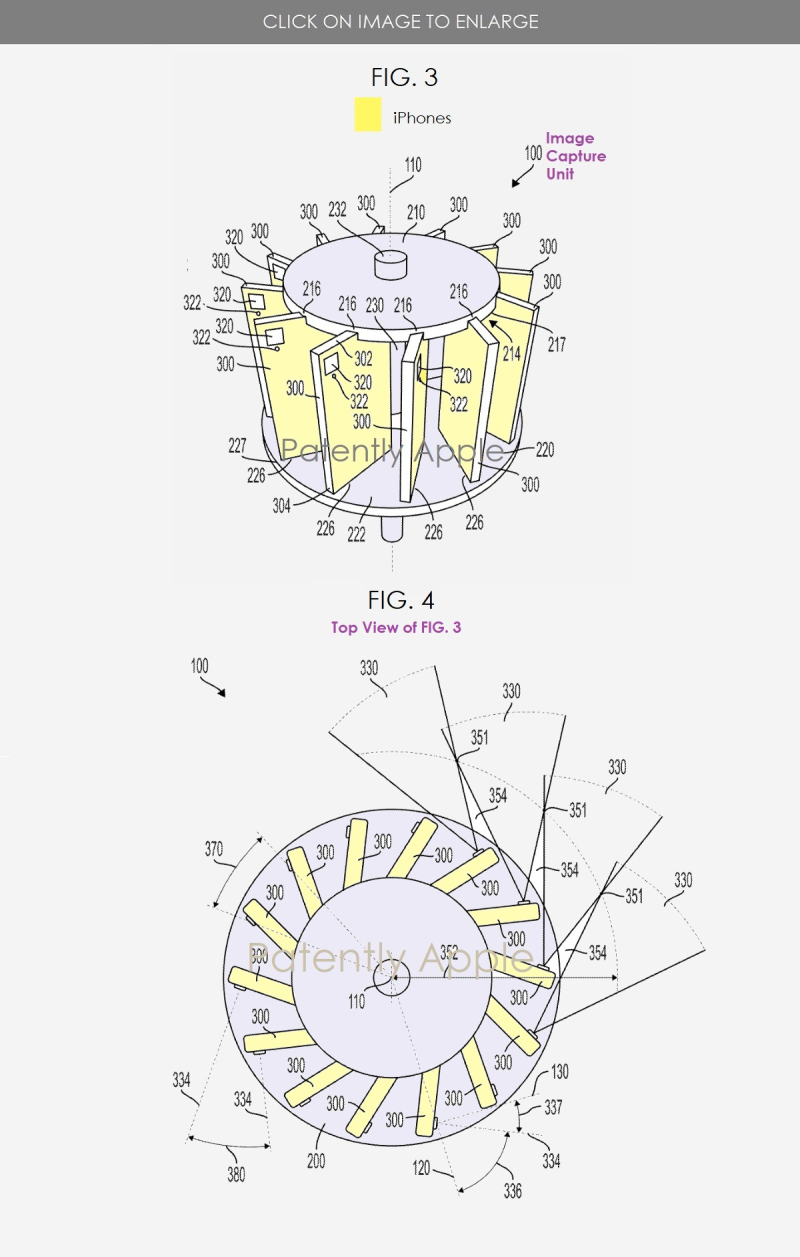 Apple's patent FIG. 4 above shows a schematic top view of the image-capture unit of FIG. 3.

The highly-immersive audio-visual experience could take advantage of Apple's spatial audio that could be used in VR and panoramic video playback. For example, an audio output (e.g., headphones) may output different audio to a user depending on the direction that their head is facing, so that the user hears audio that was captured in that relative direction.

In some embodiments, the audio output corresponds with video that is being displayed in the direction that the user's head is facing, such video having been captured from the same direction (e.g., using the same image-capture device 300) as the audio channel being output to the user.

As the user moves their head, the audio output can change to correspond with the new direction that their head is facing, in real time. Depending on the configuration of the image-capture unit, the large number of directional audio channels can provide a highly-immersive audio experience.

Apple's patent FIG. 12 below is a side view of the camera system of FIG. 3 above. 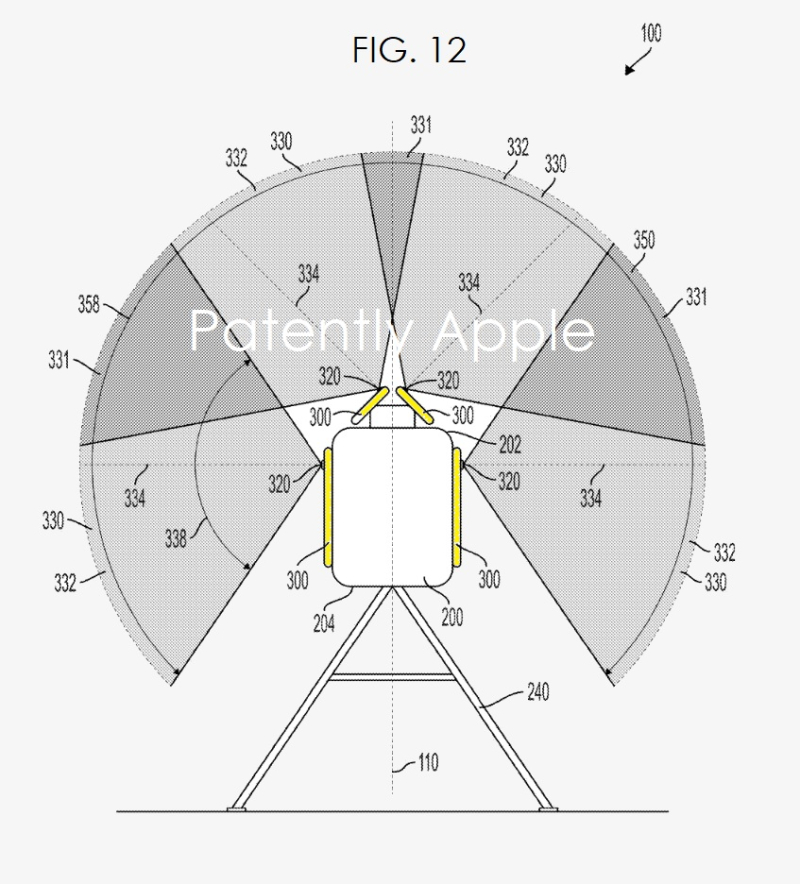 Apple's patent FIG. 9 below illustrates that the photographer or videographer will be able to use an iPad application to control the camera unit. 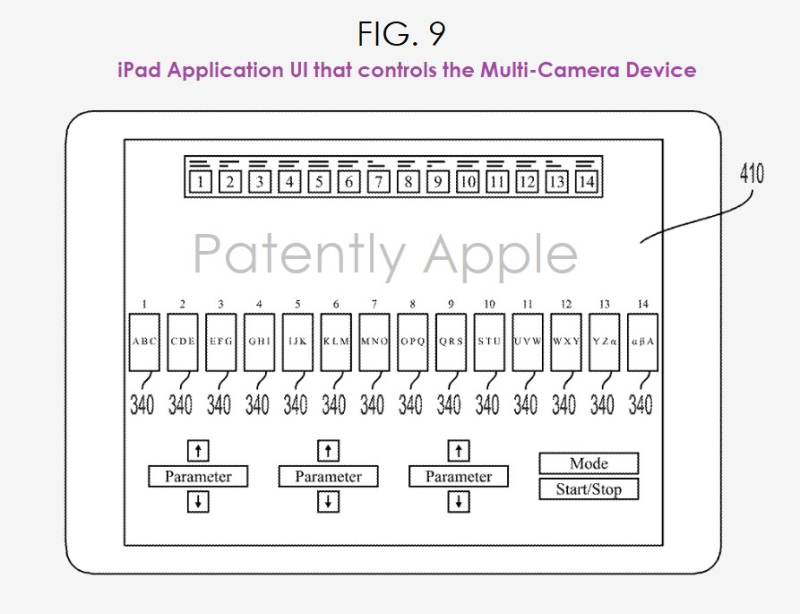 In Apple's patent FIG. 7 below illustrates how a user could control the multi-camera system of FIG. 3 remotely with an iPad and/or a MacBook and change camera settings as desired for day or night shots and more. 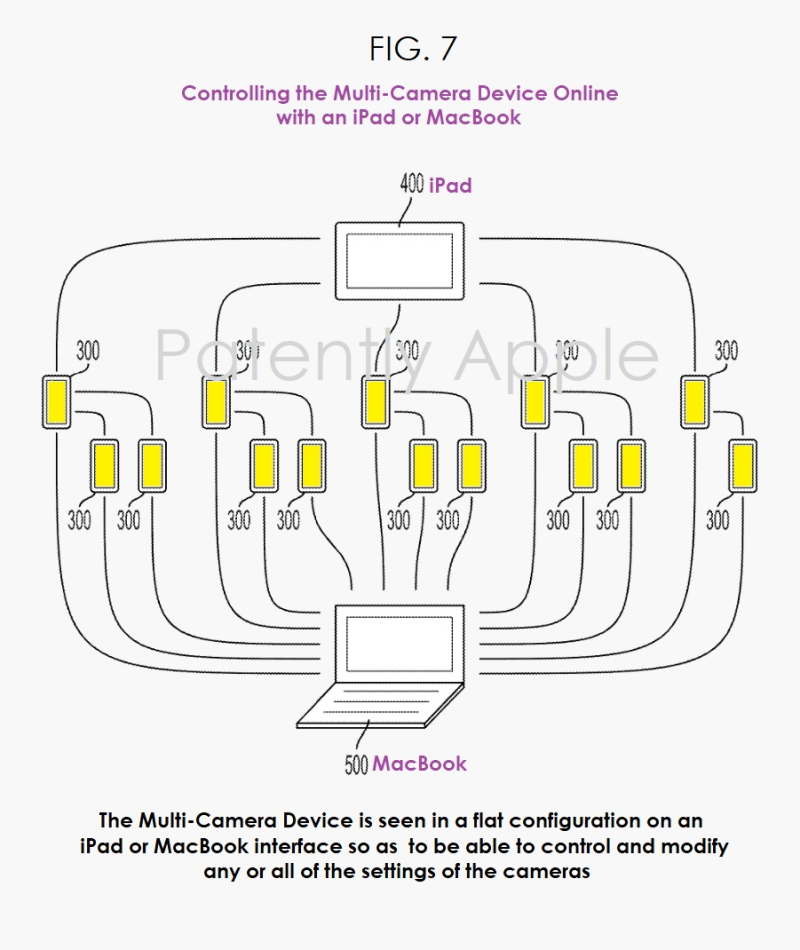 At times Apple has patented devices and furniture used in Apple Stores which are not meant for mass market consumption. No matter how big VR content creation gets, the multi-camera device is unlikely to be a mass-produced commercial device. Consumers can't afford to buy 14 high-end iPhone Pros to fit such a device.

However, with that said, one of the inventors listed on the patent, David Foster, an imaging specialist at Apple for 9 years is listed as one of the inventors of a multi-camera device, like the one in Apple's patent application, that was granted patent D907, 641 last week as presented below.

As you can clearly see, there are slots at the bottom of the stand to  accommodate 14 stand-up cameras as noted in patent FIGS. 3 and 4 at the top of our report. The design patent illustrates how 6 additional cameras can be held at the top of the unit in landscape mode. 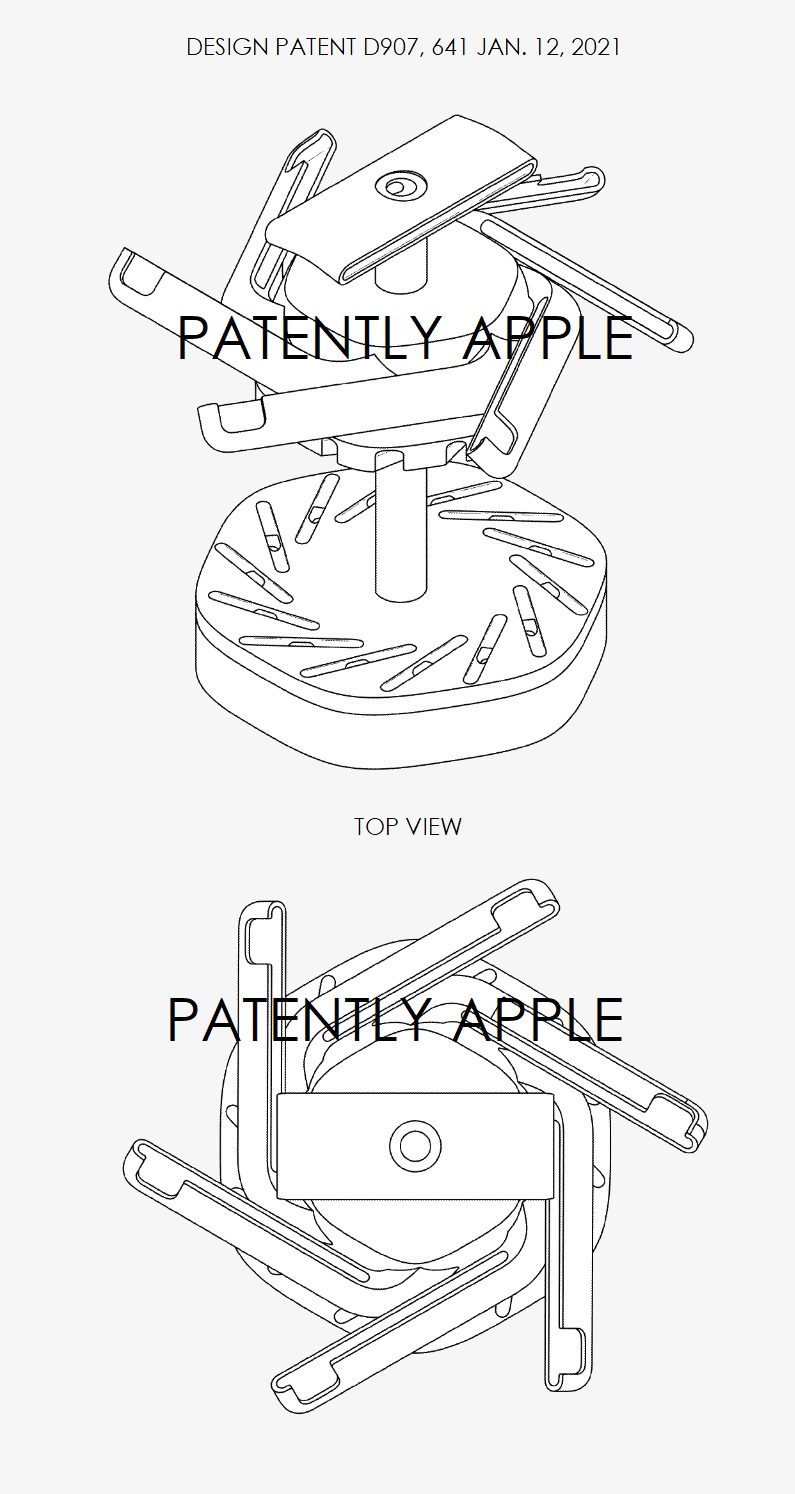 Clearly Apple is taking this device and system very seriously. Whether Apple is planning to support new Pro camera accessories in the future or use it for VR content created by Apple Studios is unknown at this time.