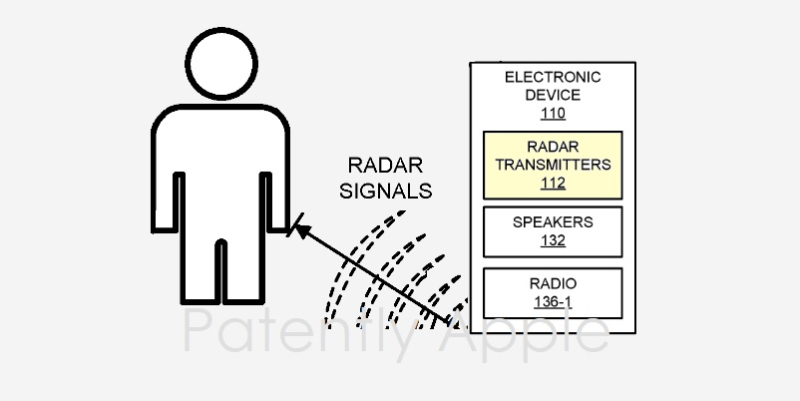 Earlier this morning Patently Apple posted a report titled " Apple has been granted a patent for a Hand Gesturing User Interface that could extend to Finger Gesturing & Beyond." While that patent focused on identifying hand gestures using a coherent light source and a generator of a random speckle pattern, much like the system behind Face ID.

Today the U.S. Patent and Trademark Office also granted Apple a patent that relates to radar measurements by an electronic device, and techniques for performing radar measurements using an electronic device having an array of radar transmit antennas and receive antennas with a 360.degree. field of view. The system also recognizes hand gestures, but this time the system using circular radar to do so.

In this way, the capabilities of the electronic device may facilitate a user interface that responds to the individual without requiring that the individual memorize predefined keywords or commands. 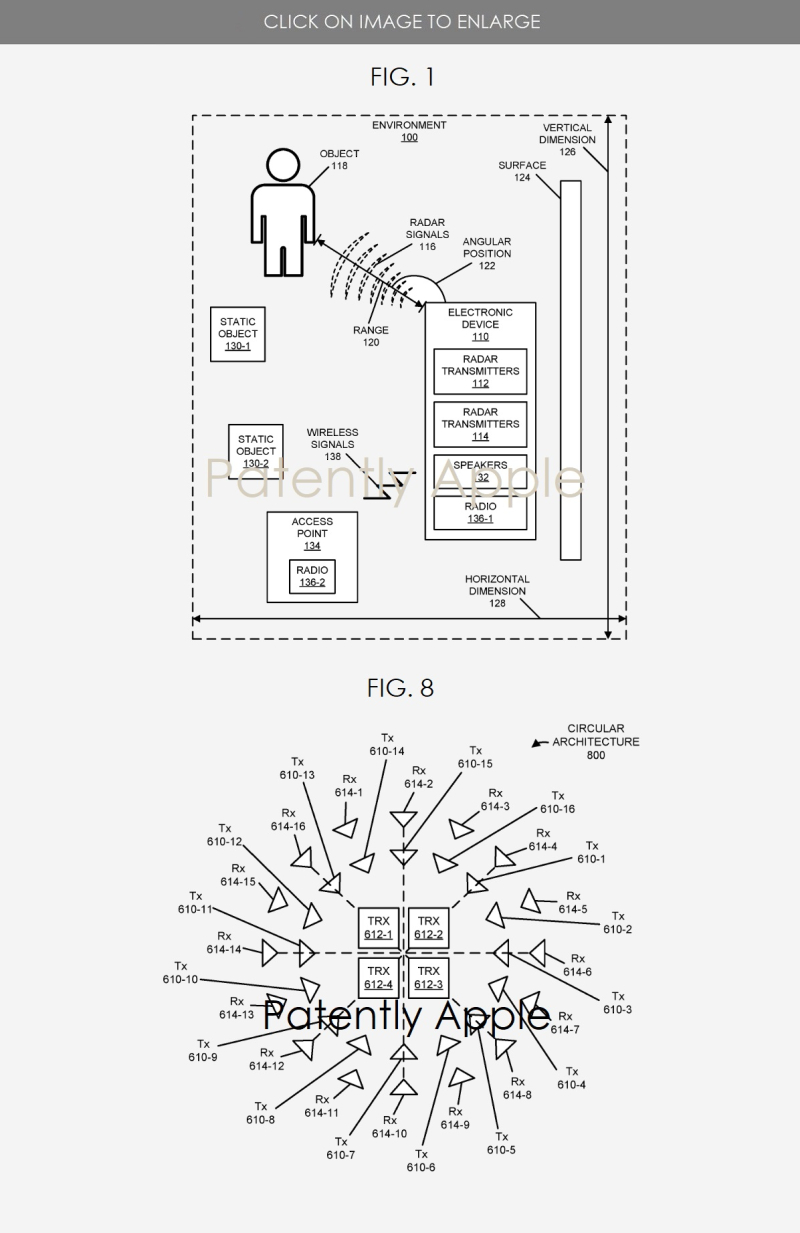 Apple's patent FIG. 9 below is a drawing illustrating another example of circular beamforming in the electronic device of FIG. 1. 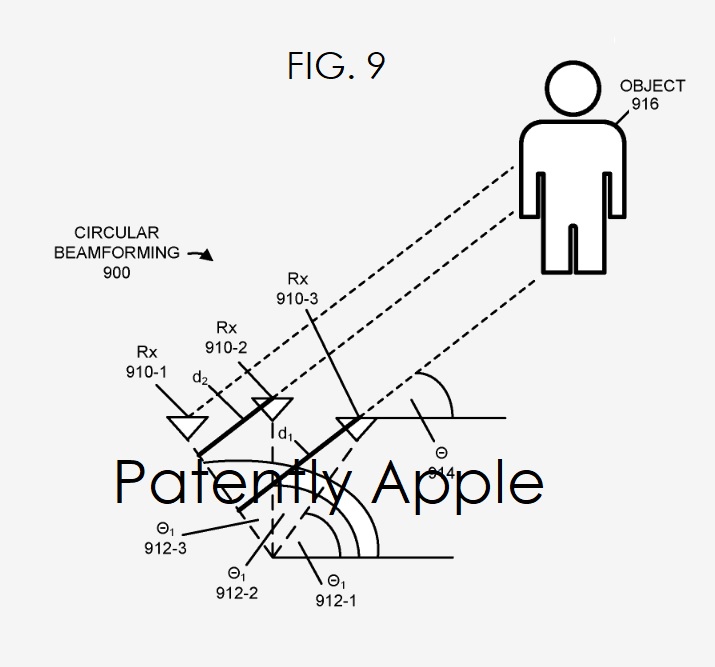 This is an interesting patent and for the finer details, review Apple's granted patent 10,928,498.