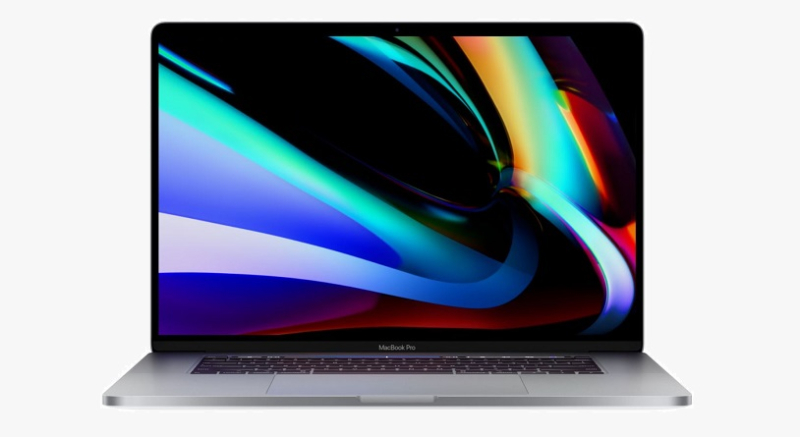 Last Thursday the US Patent & Trademark Office published two patent applications from Apple that relate to electronic devices with displays. In the key patent, Apple's invention relates to displays with content-dependent brightness adjustment. The second patent relates to a cancellation architecture for cancelling the ghosting phenomena.

Apple notes in a new patent application that if care isn't taken, displays may be damaged by displaying bright content for prolonged periods of time, displays may be operated with brightness levels that consume excessive power, user preferences may not be taken into account when adjusting display brightness, and displayed content may exhibit visible artifacts. Addressing these concerns while displaying content with a pleasing appearance is challenging.

The content-luminance-to-display-luminance mapping may be characterized by tone mapping parameters such as a black level, a white level, and/or a peak brightness setting.

When an electronic device is outdoors and displaying mostly dark images with low average pixel luminance levels, the control circuitry may take advantage of the display's maximum achievable brightness to improve readability.

When an electronic device is outdoors and displaying mostly light images with high average pixel luminance levels, the control circuitry may scale the maximum allowable brightness down to reduce power consumption.

Apple's patent FIG. 1 is a schematic diagram of an illustrative electronic device having a display with technologies supporting content-dependent brightness adjustment. 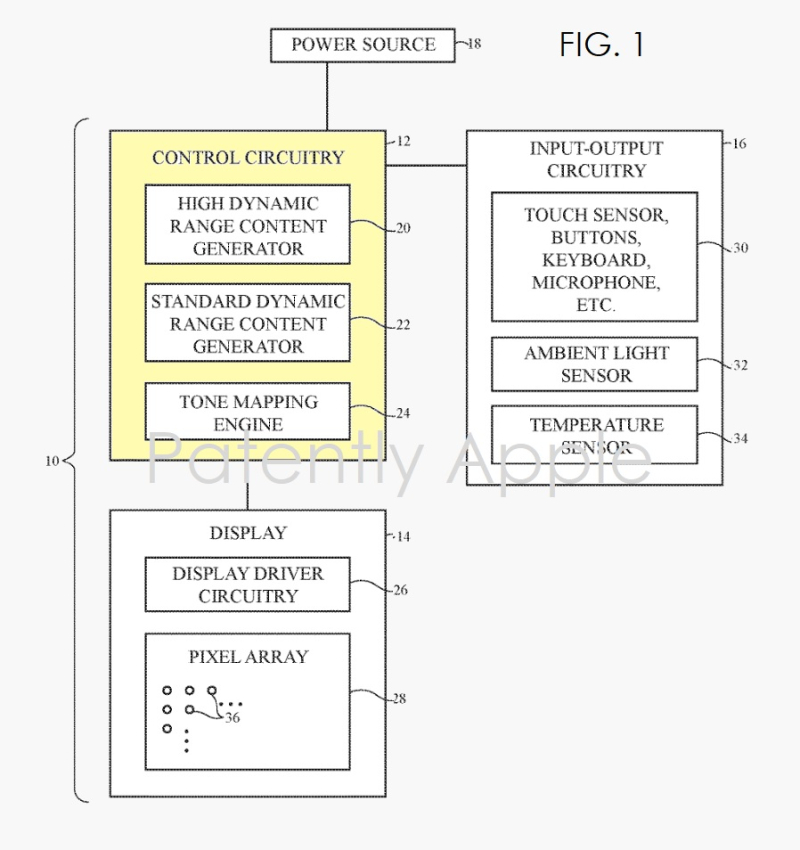 While Apple may have a specific device display this invention may first debut on, Apple buries it within a long list of possible devices the invention may work with such as: "a laptop computer (MacBooks), a computer monitor containing an embedded computer (iMac), a tablet computer (iPad), a cellular telephone (iPhone), a media player, or other handheld or portable electronic device, a smaller device such as a wrist-watch device (Apple Watch), a pendant device, a headphone or earpiece device, a device embedded in eyeglasses or other equipment worn on a user's head, or other wearable or miniature device, a television, a computer display that does not contain an embedded computer, a gaming device, a navigation device, an embedded system such as a system in which electronic equipment with a display is mounted in a kiosk or automobile."

The second display centric patent 20210018795 that was published last Thursday by the U.S. Patent and Trademark Office is titled Display Backlighting Systems with Cancellation Architecture for Cancelling Ghosting Phenomena. It's more of a technical patent

Apple notes that a ghost effect or phenomena refers to the trailing of a moving object appearing on a display panel. Ghosting can happen even with static images for passive matrix drive. If there is a highlight in one row of LEDs, it can cause a ghosting to appear in the next row of LEDs. For LED displays, the ghosting phenomena may be caused by parasitic capacitance, which generates a ghost current spike and forces the time-multiplexed LEDs to emit a brief flash of light when the LEDs should have been turned off.

At a high level, ghost cancellation architectures of a 2D backlight passive matrix display driver is described that will perform ghost cancellation during transitions between different rows of LEDs in order to avoid unintended light coming out of LEDs that are intended to be OFF.

While Apple's patent figure 1 illustrates an iPad, the invention could be applied to various Apple devices such as MacBooks, iPhones, Apple Watch, Head Mounted Devices, a Television (which Apple is mentioning more often in the last year), a gaming device, automobiles and more.