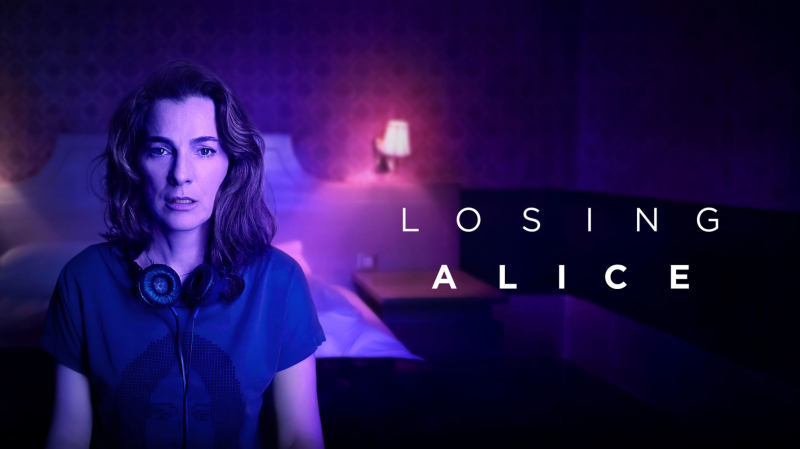 In late June 2020 Patently Apple posted a report titled "Apple TV+ Picks Up Exclusive International Rights for an 8-Part Thriller Series titled 'Losing Alice.'" In the series "Alice, a 48 year-old film director who feels increasingly irrelevant but is inspired once more after becoming obsessed with Sophie, a 24 year-old femme fatale screenwriter played by Lihi Kornowski. Building on the Faust legend, but through the unique prism of a female filmmaker, Losing Alice explores issues such as jealousy, guilt, fear of aging as well as the complex relationships women have among themselves and each other."

The new series begins today for those with an Apple TV+ subscription. Apple is releasing 3 full episodes at the start to draw fans into the storyline with the remaining 5 episodes playing out each Friday over a 5 week period like an old guard TV network.