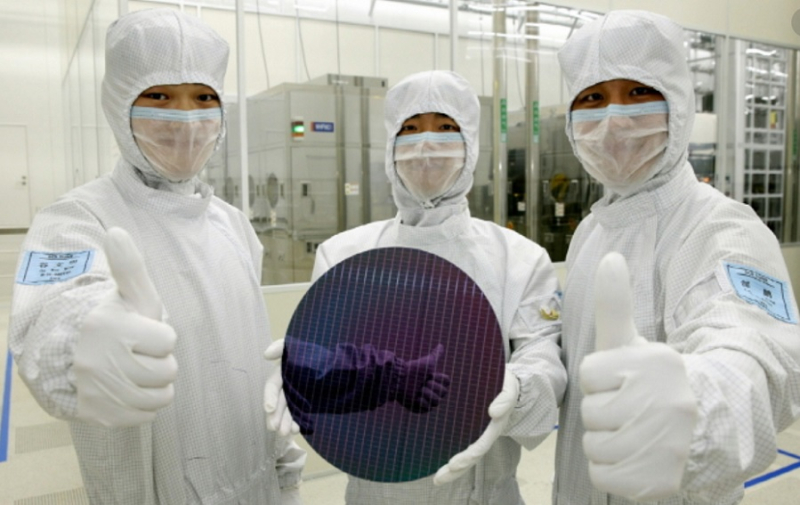 With TSMC preparing its team that will eventually run their new Arizona plant (01 & 02) in 2022-2023, Samsung Electronics Co. is now considering spending more than $10 billion to build its most advanced logic chipmaking plant in the U.S., a major investment it hopes will win more American clients and help it catch up with industry leader Taiwan Semiconductor Manufacturing Co (TSMC).

The world’s largest memory chip and smartphone maker is in discussions to locate a facility in Austin, Texas, capable of fabricating chips as advanced as 3 nanometers in the future, people familiar with the matter said.

While plans are preliminary and subject to change, the initial plan is start construction as early as thie year, install major equipment in 2022, then begin operations as early as 2023, that runs into the same time frame as the TSCM plant. While the investment amount could fluctuate, Samsung’s plans would mean upwards of $10 billion to bankroll the project, one of the people said.

Samsung is taking advantage of a concerted U.S. government effort to counter China’s rising economic prowess and lure back home some of the advanced manufacturing that over the past decades has gravitated toward Asia. The hope is that such production bases in the U.S. will galvanize local businesses and support American industry and chip design.

Intel Corp.’s troubles ramping up on technology and its potential reliance in the future on TSMC and Samsung for at least some of its chipmaking only underscored the extent to which Asian giants have forged ahead in recent years.

The envisioned plant will be its first in the U.S. to use extreme ultraviolet lithography, the standard for next-generation silicon, the people said, asking not to be identified talking about internal deliberations. Asked about plans for a U.S. facility, Samsung said in an email no decision has yet been made.

Statement by Greg Roh, senior vice president at HMC Securities: "If Samsung really wants to realize its goal to become the top chipmaker by 2030, it needs massive investment in the U.S. to catch up with TSMC. TSMC is likely to keep making progress in process nodes to 3nm at its Arizona plant and Samsung may do the same. One challenging task is to secure EUV equipment now, when Hynix and Micron are also seeking to purchase the machines."

If Samsung goes ahead, it would effectively go head-to-head on American soil with TSMC, which is on track to build its own $12 billion chip plant in Arizona. Samsung is trying to catch TSMC in the so-called foundry business of making chips for the world’s corporations -- a particularly pivotal capability given a deepening shortage of semiconductors in recent weeks.

To close a deal, Samsung may need time to negotiate potential incentives with President Joe Biden’s administration. The company has hired people in Washington D.C. to lobby on behalf of the deal and is ready to go ahead with the new administration in place, the people said. Tax benefits and subsidies will ease Samsung’s financial burden, but the company may go ahead even without major incentives, one of the people said. For more, read the full Bloomberg report.

Intel reported positive earnings yesterday and during their conference call, the incoming CEO Pat Gelsinger made a couple of references to outsourcing some chip production in certain areas which could benefit TSMC and/or Samsung's future plants in the U.S as follows:

While Intel is hoping to deliver Intel-made 7nm processors by 2023, one analyst pointed out that their competitors will already be on 3nm.  In that light, the question was basically, what is Intel going to do to match or leapfrog the competition?

Gelsinger went on to say that "Long term innovations are coming out of research as we look to close gaps and leap ahead of external foundries. Unquestioned leadership in process is our goal. IDM model means we can leverage supply to meet our customers that our competitors don't have. We want to have an unquestionable leadership product."

Without a doubt both TSMC and Samsung will be vying for Intel's chip business.