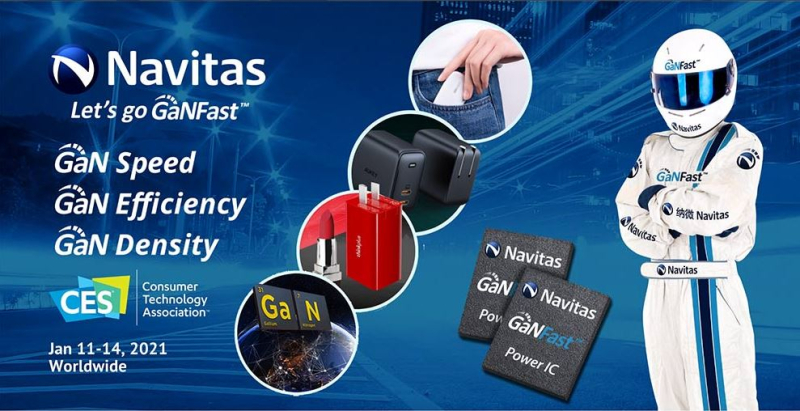 A few Android OEMs offered Type-C fast charging plugs based on 65W GaN-on-Si chips in first-half 2020 such as Xiaomi and Lenovo and it's now being rumored by Apple's supply chain that Apple could be considering this for Q4.

According to Digitimes, Ireland-based Navitas Semiconductor, US-based Power Integrations and China-based Innoscience are the global top-three suppliers of fast charging solutions based on GaN-on-Si chips. Navitas are expected to obtain orders from Apple and other vendors in 2021, with TSMC to supply GaN-on-Si chips, industry sources noted. Our cover graphic above illustrates the Navitas promotion for January's CES 2021 that lists Dell, Belking and others will offer GaN based chargers in 2021.

Since TSMC has 3-4 MOCVD sets for producing 6-inch epitaxial GaN-on-Si wafers and chips with monthly production capacity of 1,500-2,000 such wafers, TSMC has to outsource such production if demand exceed its in-house production capacity, the sources indicated, adding that TSMC will reportedly outsource production to Unikorn if the occasion arises. Read the full Digitimes report for more.