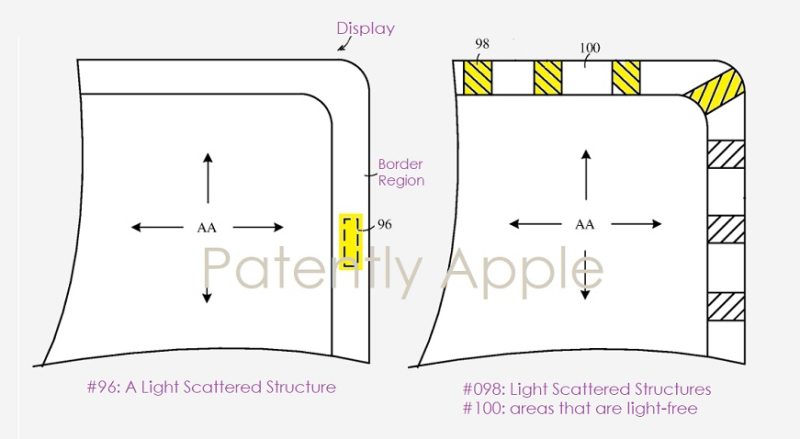 At a time when consumers are expecting thinner bezels on MacBooks and iPads, at least one R&D team at Apple is taking a contrarian position. Today the US Patent & Trademark Office published a patent application from Apple titled "Electronic Devices Having Peripheral Display Regions." Future Mac and iDevice displays may include peripheral display regions that could present illuminated icons, logos, alphanumeric text, flashing notifications and more.

Apple notes that it may be difficult to efficiently use displays to present certain visual information to a user. Their solution involves having a peripheral display that has an array of pixels that form an active area of the display in which an image is displayed.

A laser-marked light-scattering structure associated with a visual element such as an icon or other visual element may be embedded within an interior portion of the display cover layer between the inner and outer surfaces.

The light-scattering structures in the border region may be patterned to form text (e.g. alphanumeric characters such as number and/or letters), symbols, graphics (e.g., an icon), abstract elements, or any other suitable visual elements.

Although Apple's patent figures only present a single full device being an Apple Watch, the fact is that the patent states that it could apply to future iPhones, iPads, the iMac and Mac monitors. The benefit of the invention would be better executed on devices other than an Apple Watch.

Apple's patent FIGS. 6, 7, and 8 below are plan views of portions of illustrative electronic devices in accordance with embodiments. 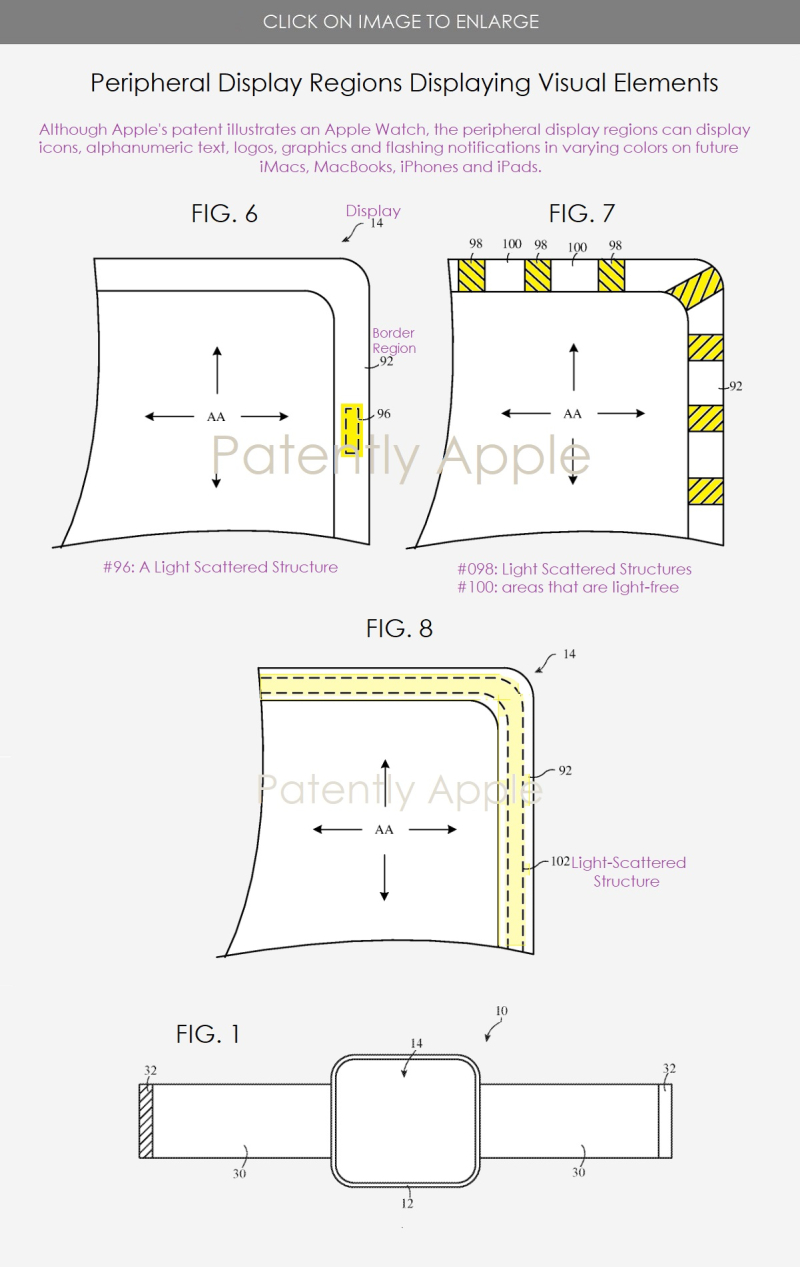 Apple's patent FIG. 1 above illustrates a top view of an Apple Watch.

Technically speaking, one application for a peripheral display could be used to reinvent the long-standing app Dock.