Home Archives Contact Us Subscribe Twitter MeWe Facebook Patently Mobile
Apple will modify executive bonuses in 2021 based on Values-Driven Leadership
In an effort to get ahead of Apple Watch Health Features, Samsung has patented a Wearable Blood Sugar monitoring device 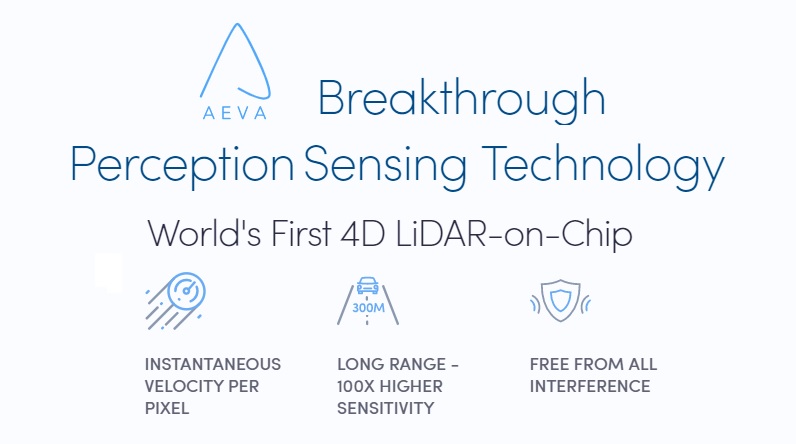 Soroush Salehian — who spent several years at Apple developing the iPhone, Apple Watch and iPod is now the CEO of a startup called Aeva along with fellow former Apple engineer Mina Rezk. The company has developed the World's first 4D LiDAR-on-Chip that delivers breakthrough perception technology.

While the company is initially focused on the auto industry's push toward autonomous cars, just as Apple's Project Titan is, the company also knows that their technology will be able to move into the consumer space for OEMs to use in smartphones or other products involving spatial capabilities.

Regarding his former employer Apple, Salehian told 'Yahoo! Finance' that "I think if Apple were to succeed in providing solutions within the [auto] space, I do think that there is a huge opportunity within the automotive sector to capitalize on because of the fact they have the focus on quality and the ability to make scalable products. These two forces are no secret about the history of Apple. But I do believe that if this were to happen, it would provide a unique opportunity for the entire automotive industry and autonomous riding space."

Lidar, a system of laser-based sensors that allows a vehicle to 'see' its surroundings, is among the most expensive components of autonomous cars and key to enabling more advanced self-driving features. With robotaxis still years away, lidar companies are targeting limited self-driving features in passenger cars and consumer devices and industrial robots.

Salehian also noted, "What’s available out there is simply not sufficient to get to the next level of autonomous driving function." Over time he believes there will be an instance in time where the sensing space will transition from this typical 3D lidar to this 4D lidar technology as whole. 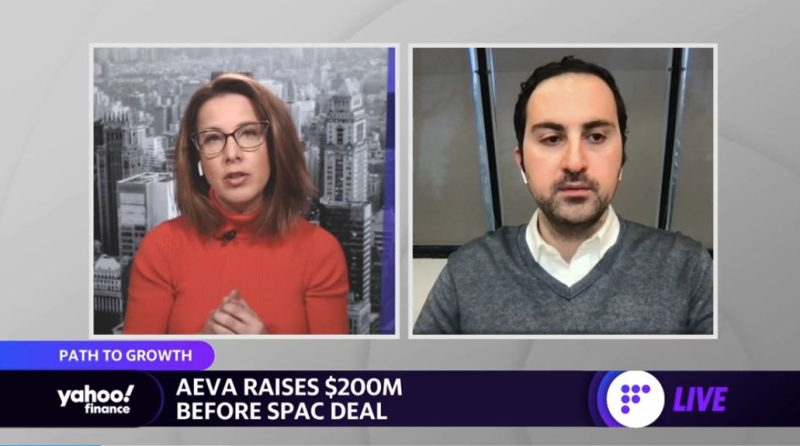 Lastly Aeva has said it’s received strategic investments from Porsche Automobil Holding SE, the majority shareholder of Volkswagen AG. The company also is working with VW brand Audi, and with customers in trucking and mobility, Salehian said in a 6 minute interview on Yahoo! Finance here. You can also check out Aeva's website here for additional information.

While I couldn't find an Apple patent linked to Soroush Salehian while at Apple, I did find a number of Apple patents linked to his partner, engineer Mina Rezk. Below are just a few of them.

To date Mina Rezk is listed as an inventor on a single Aeva patent titled "LIDAR system noise calibration and target detection," which was just granted today by the U.S. Patent and trademark office.

Aeva's patent FIG. 3B below is from granted patent 10,884,130 which illustrates a block diagram illustrating an electro-optical optical system. 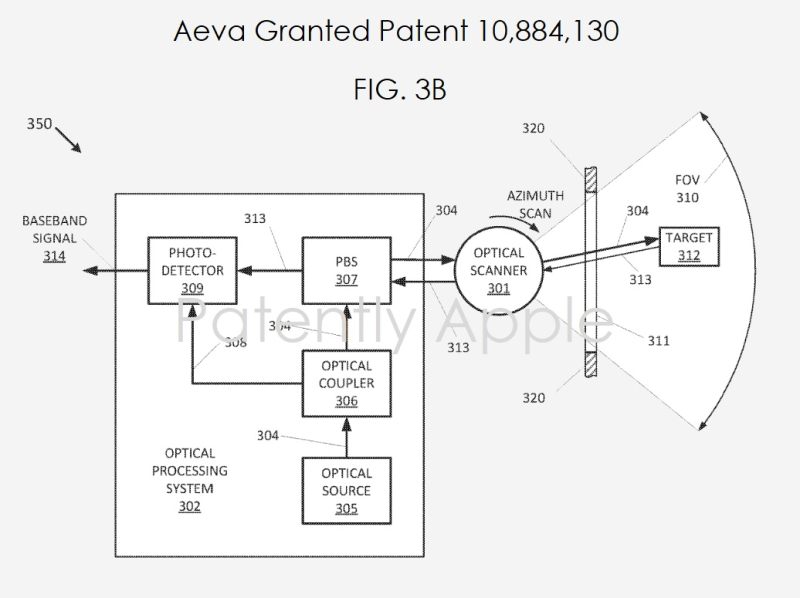