Days after Launching new Galaxy Smartphones, Samsung's Leader is Sentenced to 2.5 Years in Prison for Bribery 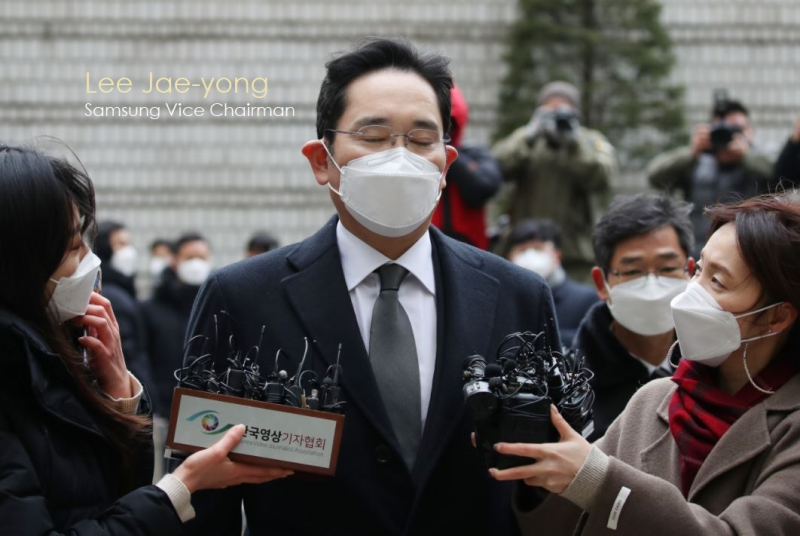 Last week Samsung was flying high with the introduction of new Galaxy smartphones and today, Samsung has been struck by the news that their leader, Lee Jae-yong, has been handed another 2.5 year jail sentence for Bribery.

According to the Korea Times, "The country's largest conglomerate has hit a major setback after an appellate court handed a prison sentence of two-and-a-half years to Samsung Electronics Vice Chairman Lee Jae-yong in a re-hearing of a major bribery case, Monday.

The court ruling puts the tech giant back into a leadership vacuum hampering major investment decisions in new businesses, which many expect will hurt the company's global competitive edge.

The Federation of Korean Industries (FKI) released a statement expressing regret over the court's decision: "Lee's sentence could put Samsung and the country's economy in jeopardy given its position in contributing to the Korean economy and its global recognition. A leadership vacuum would delay execution of business decisions, which could cause Samsung to lag behind its global peers," the FKI said. Other industry officials said Lee's imprisonment will keep Samsung from going forward with large-scale investment plans, at a time when competition is heating up in the chip industry and major rivals are stepping up their game."

The jail sentence comes at a crucial point given Lee is now on his own leading the country's No. 1 conglomerate, after his father Lee Kun-hee passed away last year.

Lee appeared to have started 2021 with the determination to take Samsung to new heights. He spent the first week of January paying on-site visits to check the company's foundry facilities and latest technologies in artificial intelligence as well as the development of 6G services.

Calls had grown for leniency, given Samsung's role in the local economy. KCCI Chairman Park Yong-maan submitted a petition last week calling for the court to grant leniency for Lee.

"Samsung's market capitalization accounts for 30 percent of Korea's market cap, and the conglomerate pays 20 percent of the total amount of corporate tax collected and employs 300,000 workers," said Kim Dae-jong, a professor of management at Sejong University. "This shows the role Samsung is playing in the local economy."

The professor added, "Samsung plans to invest 133 trillion won over the next 10 years, and this would drive the growth of related industries as well. It is crucial for such a conglomerate to have an owner-chief present as only that person is able to make major investment decisions."