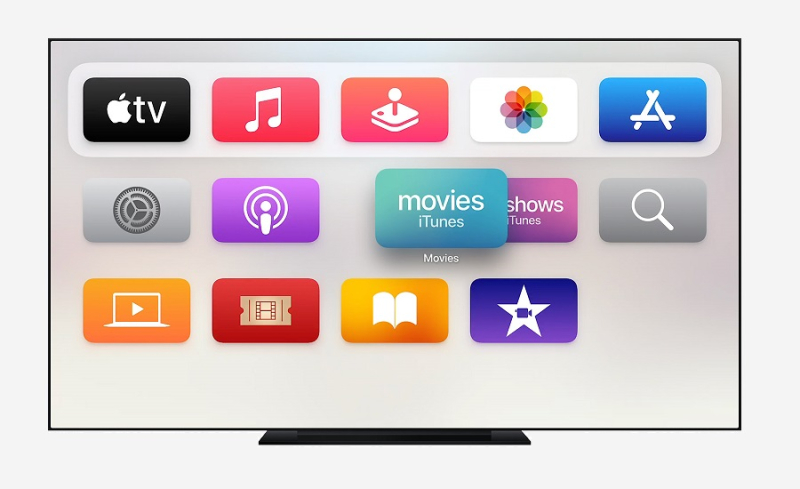 Today the US Patent & Trademark Office published a patent application from Apple that relates to devices that could be controlled via acoustic vibration. A device could be trained to understand that a user tapping their fingers on a desk in a certain rhythm translates to a command for "answer call and activate speaker." The tapping aspect of the patent was introduced with the iPhone 12 and referred to as "Back Tap."

In yet another example, the device may call a predetermined phone number or activate a virtual assistant upon identifying a particular rhythmic or melodic pattern of tapping in a received sequence of vibrations.

Vibration sensing may be employed in other types of devices having an electronic display, such as mobile phones, computers, computer monitors, and TVs.

In Apple's patent FIG. 4 below we another example of a TV that includes an array of SMI sensors #406 for sensing vibration. Circuitry #408 (e.g., a processor and/or other components) within the TV may be configured to characterize a vibratory waveform impinging on the device. 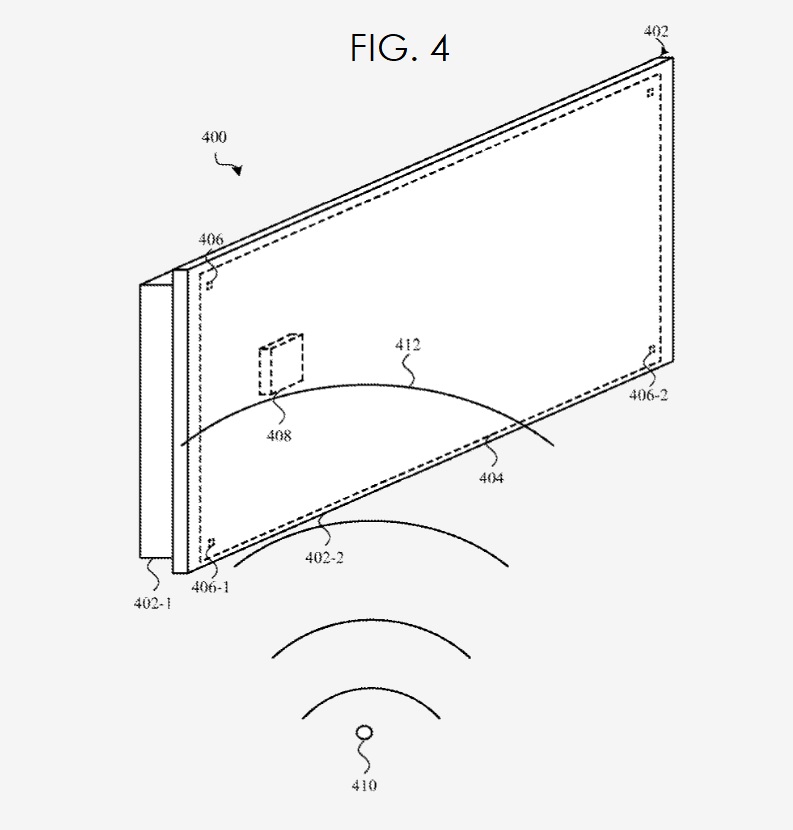 Beyond tapping to create a command, a person speaking generates an acoustic wave that could be understood. Apple further notes that the sensors could even determine "the voice of a particular person" who has enrolled or been pre-authenticated to turn the TV on carried in the vibratory waveform.

Last week we pointed out how Apple's engineers presented a user interface for a future advanced online store illustrating that illustrated purchasing TVs as noted below. It seems that TVs are on the minds of Apple's engineers of late. Vibration sensing could be applied to other devices such an iPhone, Apple Watch, an Apple TV box or Mac monitors. 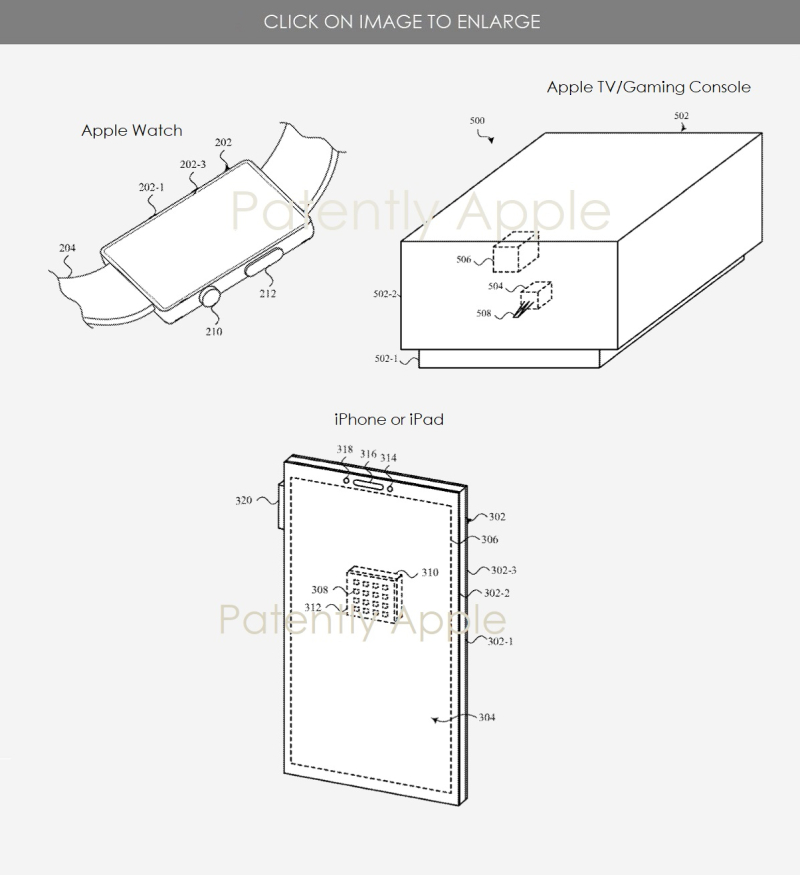 Technically, Apple has implemented a part of this in the new iPhone 12 (that now could work with older iPhones starting with the iPhone 8) You could visit Apple's support page to learn about double and triple tapping on the iPhone's back side.