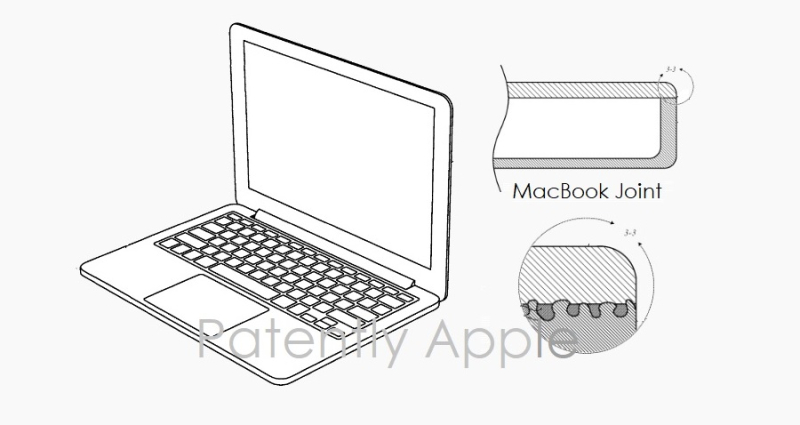 Apple's R&D regarding the possible use of titanium for future Apple devices, with a particular focus on a MacBook, began back in April 2015 with a provisional patent. We covered this patent once it became a full patent application in April 2017 in a report titled "Apple explores the use of Titanium, Titanium Alloys and Hybrid Plastics for Future Devices." In March 2018 we posted a second patent on this subject matter titled "Apple Inventions cover Devices that may use Titanium, Chemically Resistant Compounds & Protective Enzymes." Apple won their first granted patent related to the use of titanium in a MacBook in June 2020.

Apple's patent FIG. 2 below from Apple's original 2017 patent illustrates the plastic cover surface (#130) and the metal body (#120) in cross-section, showing a sample seam or joint between the two. Apple further noted back then that "The plastic cover may be transparent in certain embodiments and may form a cover surface," as noted in FIG. 4; FIG. 3 is an exaggerated view of the FIG.2 where the metal and the plastic meet. 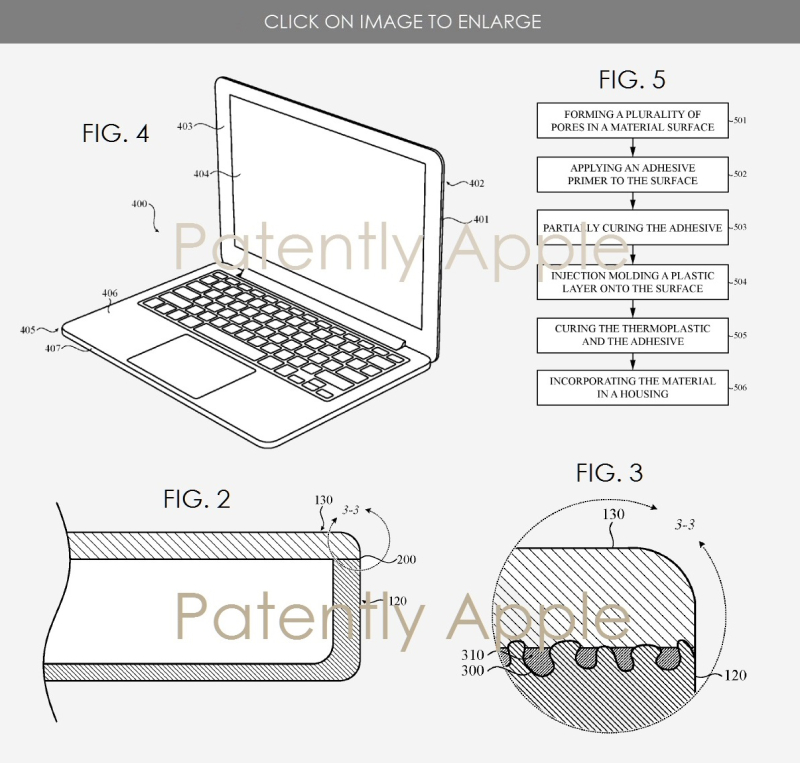 In last Thursday's patent application Apple notes that enclosures for portable electronic devices may be formed from a variety of different materials. In certain instances, the enclosure may be formed from titanium, which is attractive over stainless steel and aluminum due to titanium's high strength-to-weight ratio.

Conventional attempts to interlock titanium parts to a polymer layer have proved generally unsuccessful. In particular, unlike aluminum which can be etched and/or anodized to provide improved adhesion to the polymer layer, no such processes exist for titanium. Indeed, prior attempts to etch titanium have proved unsuccessful because the resulting surface of the etched titanium exhibits only superficial markings (e.g., scalloped textures). These scalloped textures are shallow (i.e., less than 1 micrometer in depth) and, therefore, fail to provide the necessary surface structure required to bond the titanium part to the polymer material. In other words, the surface of the titanium part is still too smooth and too flat.

In order for the structural band to impart the enclosure with sufficient structural strength, robustness, rigidity, and heat and moisture-resistance throughout its lifetime, the enclosure requires a strong adhesive bond to be formed between the metal (e.g., titanium) and the non-metal material (e.g., polymer). Indeed, these requirements are even more technically challenging to satisfy in the face of additional insulating splits (for improved antenna performance) and even smaller areas of adhesion (to minimize weight and space).

Moreover, the increasing need for water-resistant enclosures demands that these adhesive bonds must not only maintain strength, but also prevent moisture leakage--even after the enclosure has been subjected to many strain cycles. Thus, there is an increased emphasis in more robust metal to non-metal bonding.

Additionally, the enclosure may also be formed from a non-metal material, such as glass or a polymer.

The titanium frame may be sub-divided into various electrically isolated parts such as to prevent electromagnetic interference of antenna(s) carried within the enclosure. For instance, titanium may be used to form a structural band around the edges of the enclosure such that the display is bonded to one face, and a glass is bound to the opposing face. 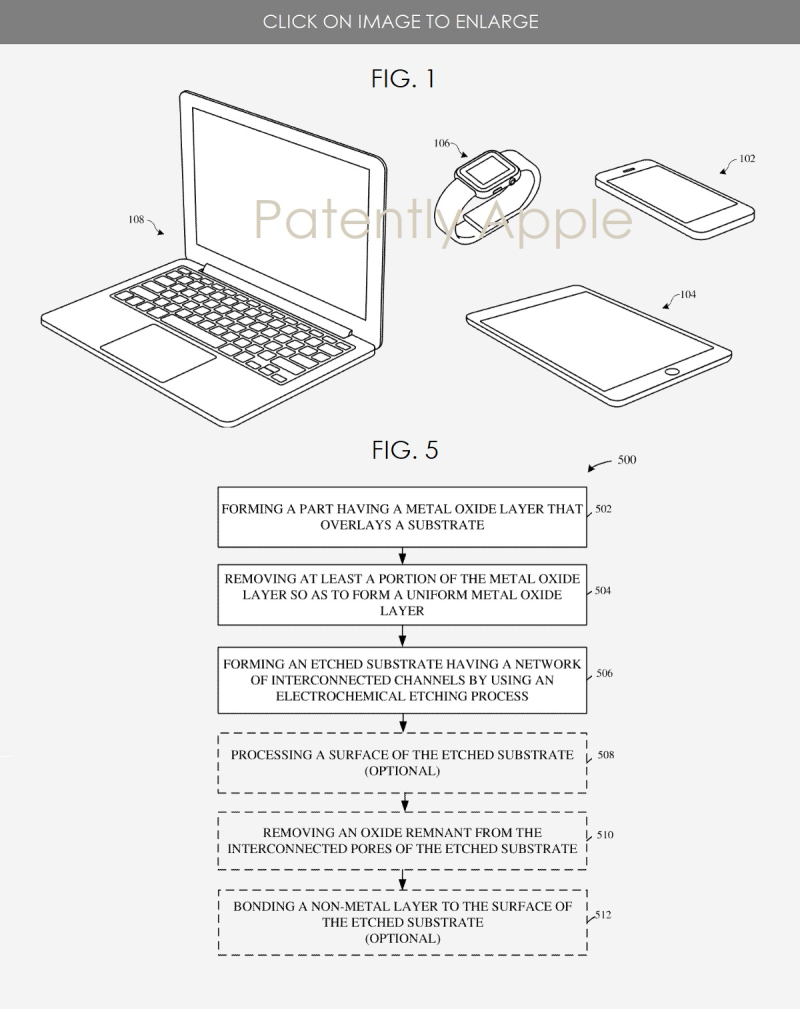 Apple's patent FIG. 5 above illustrates a method flowchart 500 for forming an etched part.

You could review Apple's patent application number 20210010151 titled "Titanium Part having an Etched Surface" here. Considering that this is a patent application, the timing of such a product to market is unknown at this time.