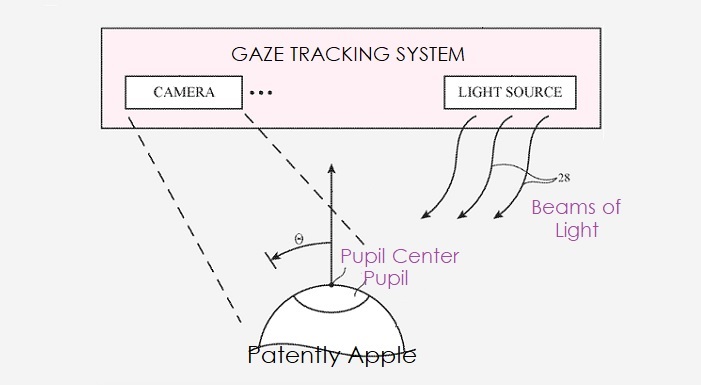 The U.S. Patent and Trademark Office officially published a series of 42 newly granted patents for Apple Inc. today. In this particular report we cover two augmented reality patents with emphasis placed on Apple's advanced 'gaze prediction technology. Our report also points to five design patents granted to Apple today and, as always, we wrap up this week's granted patent report with our traditional listing of the remaining granted patents that were issued to Apple today.

Gaze tracking is key to a head-mounted display and Apple has published a series of patents on the subject for their future headset (01, 02, 03 and 04 and more). No one patent holds all of the keys to a gaze tracking system and Apple has various teams working on this to ensure that they get the best system for the right device and application.

The focus and priority of today's granted patent is on "Gaze Prediction," which is mentioned 24 times within Apple's 27 patent claims alone.

At one point in the patent, it states that "Display #14 [of FIG. 1] may be used to display content to a user for a wholly or partially simulated environment," like a video game. Apple notes that just as a video game controller or a user's gestures or screen taps or mouse clicks, a user's "gaze on the display such as titling, turning or rotating the head can be used as a form of user input to system 10," which is the HMD of FIG. 1 below. 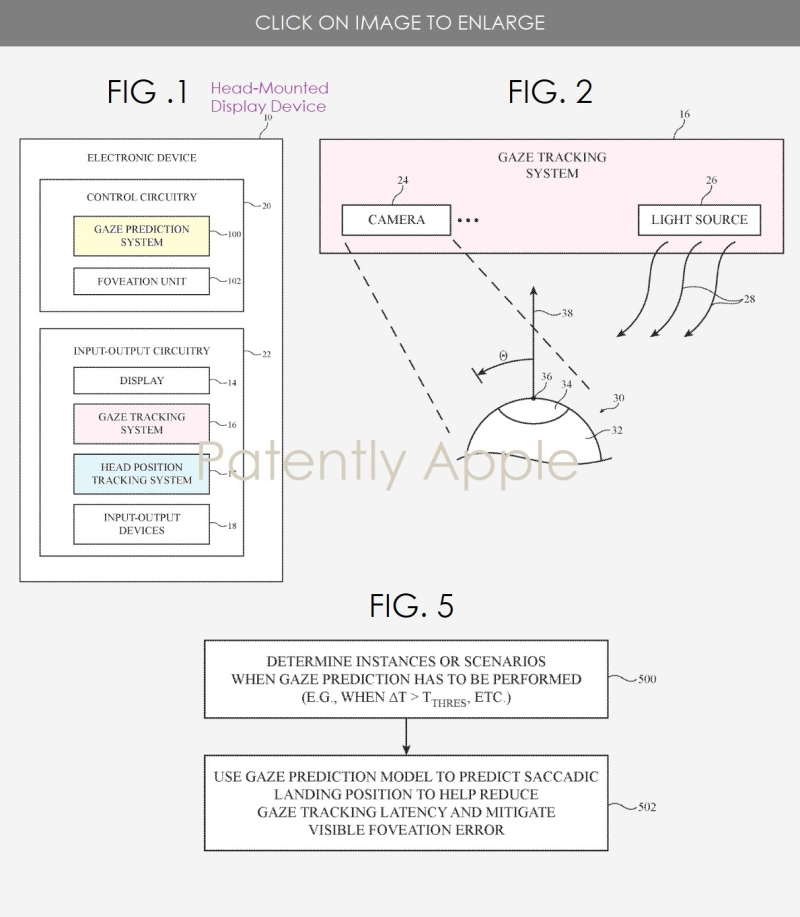 A second AR patent was granted to Apple today titled "Providing features of an electronic product in an augmented reality environment." For more on this, review granted patent 10,891,800. 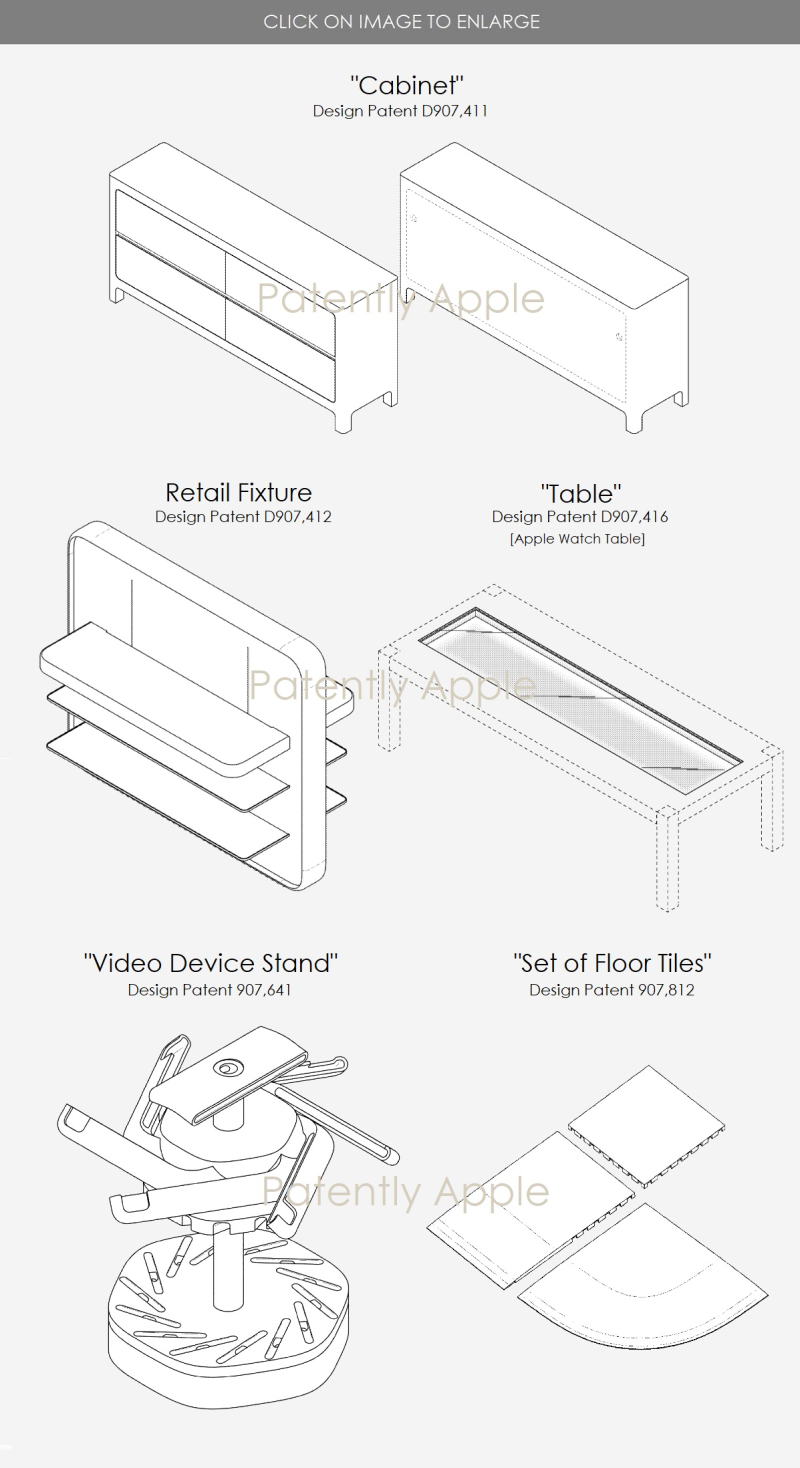 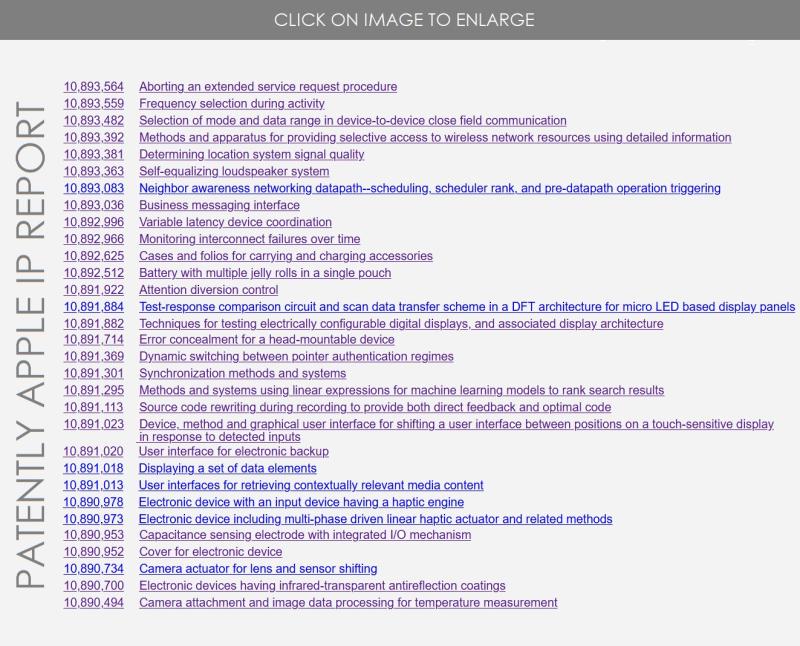 Apple Wins a Patent for Possible next-gen iPhone case with integrated AirPods that are inductively Charged  and more http://bit.ly/2XxIO9j

Apple Wins Patent for an Authentication System making it Quick and Easy for users to Unlock Multiple Devices http://bit.ly/39n8zP3