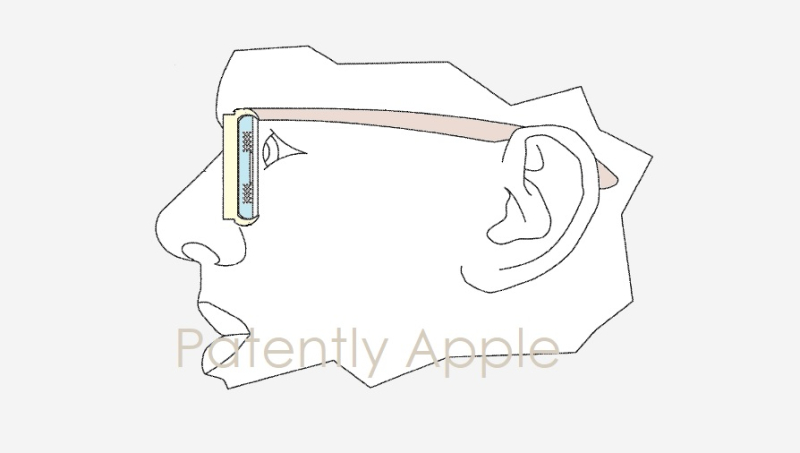 In one of the slowest granted patent days in years, the U.S. Patent and Trademark Office officially published a series of 31 newly granted patents for Apple Inc. today. In this particular report we briefly cover 3 patents that relate to an eye tracking system, multiplayer gaming and a glasses device. And, as always, we wrap up this week's granted patent report with our traditional listing of the remaining granted patents that were issued to Apple today.

Eye Tracking System and Method to Detect the Dominant Eye

Apple's patent FIG. 1 a schematic illustration of a method for operating an eye tracking system according to an embodiment of the invention. 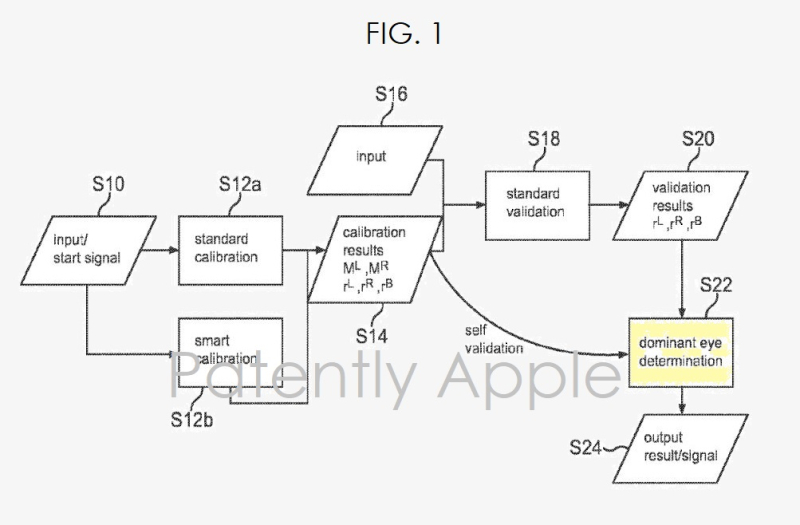 Apple's granted patent covers devices, systems, and methods relating to multiplayer gaming. While a device is presenting a CGR experience to a user in an environment, representations of people within the physical environment may be altered. For example, in a multiplayer gaming experience, people other than the user may be presented as monsters or donning battle armor. Below is a patent figure showing imagery of a multiplayer game. 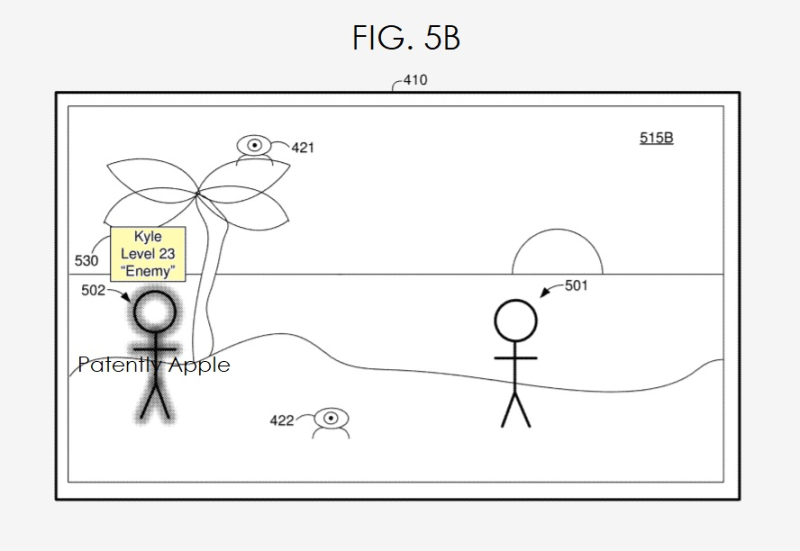 Apple wins their 14th Patent for Glasses that Integrates an iPhone

Apple has been working on an HMD in the form of glasses wherein a user can insert an iPhone into its frame that would allow a user to play games, watch movies in a new experience from an iPhone alone.

Apple's first patent filing dates back to 2008 and since that time Apple has received 14 patents including todays. In today's granted patent, it's all about an additional set of new patent claims. The 2019 granted patent focused on all things related to optical: an optical interface; optical subassembly; and optical components.

In today's granted patent, Apple's 19 patent claims focus on all things related to "a support structure."  The first patent claim below is just an example: 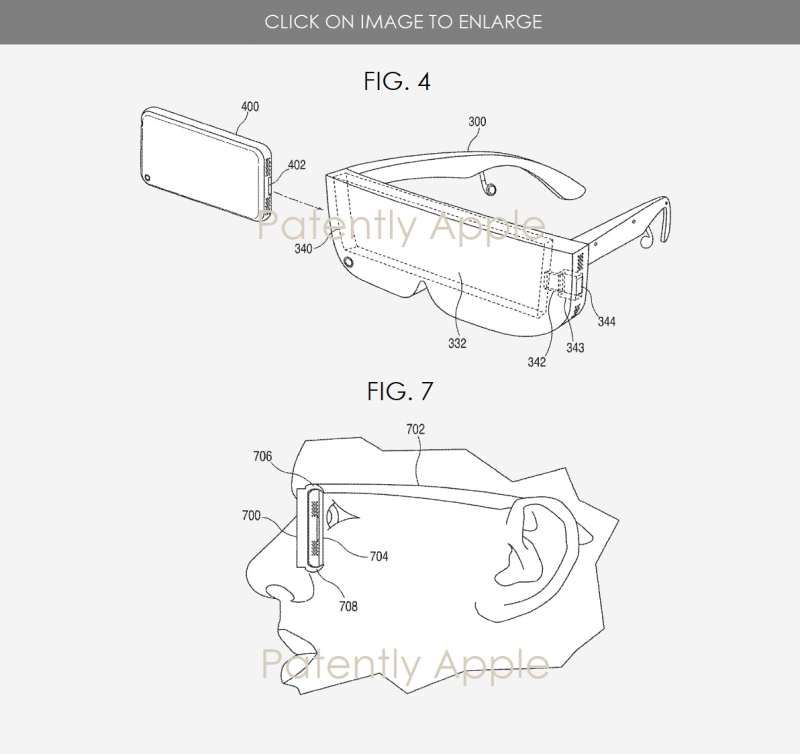 To review the 20 additional patent claims, see granted patent 10,897,528.  While the iPhone 12 is likely light enough for a glasses device like this. How light will it have to be to satisfy Apple so as to give this invention the green light to proceed. After 13 years of refining this invention, will it ever come to market? 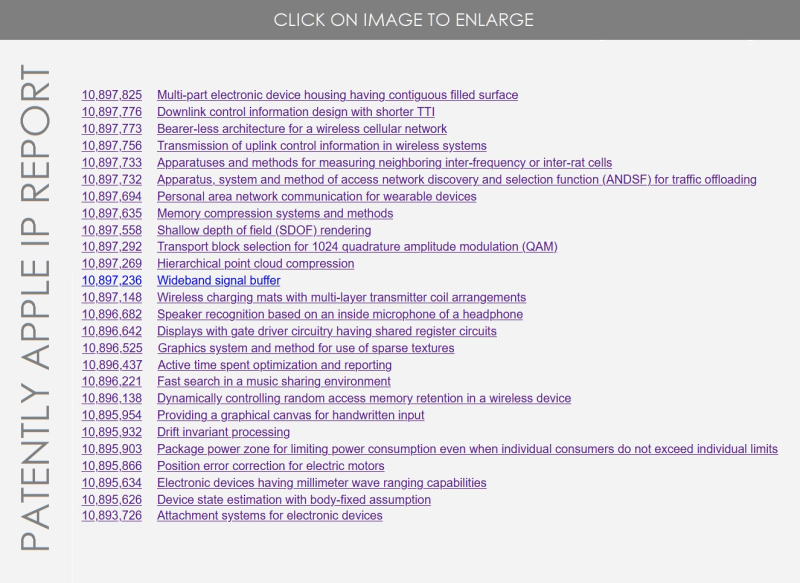