Home Archives Contact Us Subscribe Twitter Facebook Patently Mobile
Samsung Introduced new Galaxy Phones today with their Ultra Model Cameras Aiming to Challenge those found on the Phone 12 Pro Max
Apple Releases the Trailer for 'Cherry,' a Film about a former US Army Medic who gets addicted to Oxycontin, Debuting next month 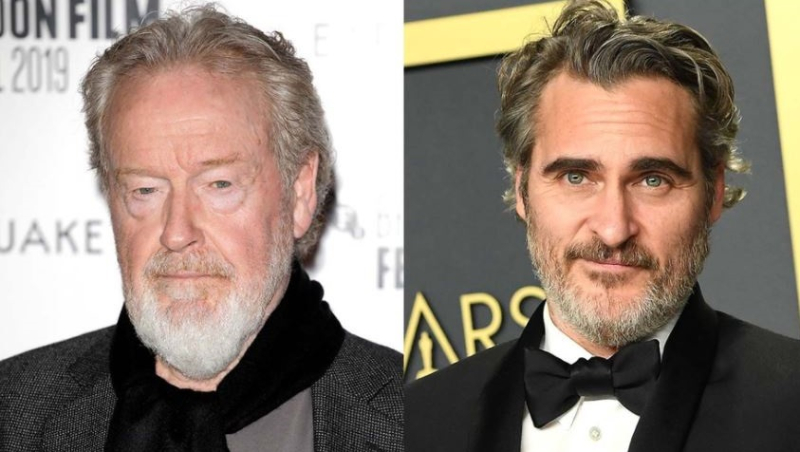 Apple has landed the Joaquin Phoenix and Ridley Scott reteam "Kitbag." Phoenix will star as the French military leader and emperor, Napoleon Bonaparte, in the film that will track his origins and, as the logline reads, "swift, ruthless climb to emperor, viewed through the prism of his addictive and often volatile relationship with his wife and one true love, Josephine," according to The Hollywood Reporter.

Scott will direct and produce, along with Kevin Walsh for Scott Free, which has a first-look deal for television projects with Apple TV+. Scott Free has a first-look feature deal with 20th Century, and most recently worked with that studio on The Last Duel, starring Adam Driver and Matt Damon.

Scott told Deadline that "Napoleon is a man I’ve always been fascinated by,” Scott told Deadline. “He came out of nowhere to rule everything — but all the while he was waging a romantic war with his adulterous wife Josephine. He conquered the world to try to win her love, and when he couldn’t, he conquered it to destroy her, and destroyed himself in the process.”

While Scott has long wanted to make a Napoleon film — and other great filmmakers like the late Stanley Kubrick also tried but did not succeed — key for Scott was having the right actor to capture the complexities of a character who brought a whole country to heel and used that power for his own conquering ambitions. Scott saw Phoenix’s ability to do something close to that when he directed him in the role of Roman leader Commodus in the 2000 Best Picture winning drama Gladiator.

According to Scott, "No actor could ever embody Napoleon like Joaquin. He created one of movie history’s most complex Emperors in Gladiator, and we’ll create another with his Napoleon. It’s a brilliant script written by David Scarpa, and today there’s no better partner than Apple to bring a story like this to a global audience."