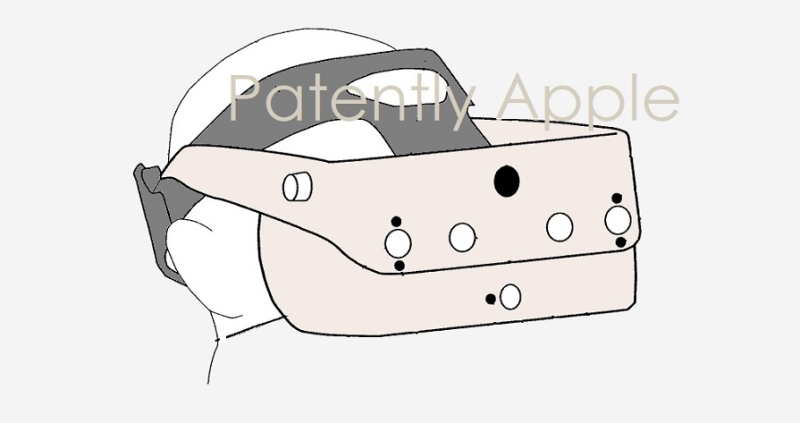 Apple had a job listing back in May 2020 for an HID, Firmware Engineer. One of the expectations for the job was listed as "bring up new sensing chipsets and processors from initial specification to production." Last week one of Apple's HID Firmware Engineers Michael Behys was listed as an inventor on a patent application titled "Haptic Interface for User Input Device" that relates to a new "sensing" system.

On one hand, the patent is clearly aimed at Apple's future VR Headset system as Apple's patent FIG. 1. Illustrates below. The VR system (#100) includes a VR headset (#110), VR gloves (#130), and a host device (#120). The host device (#120) can include an electronic device, such as a Mac, iPhone or Apple Watch; FIG. 5B illustrates a plan view of an exemplary device including a tactile mechanism that uses particles. 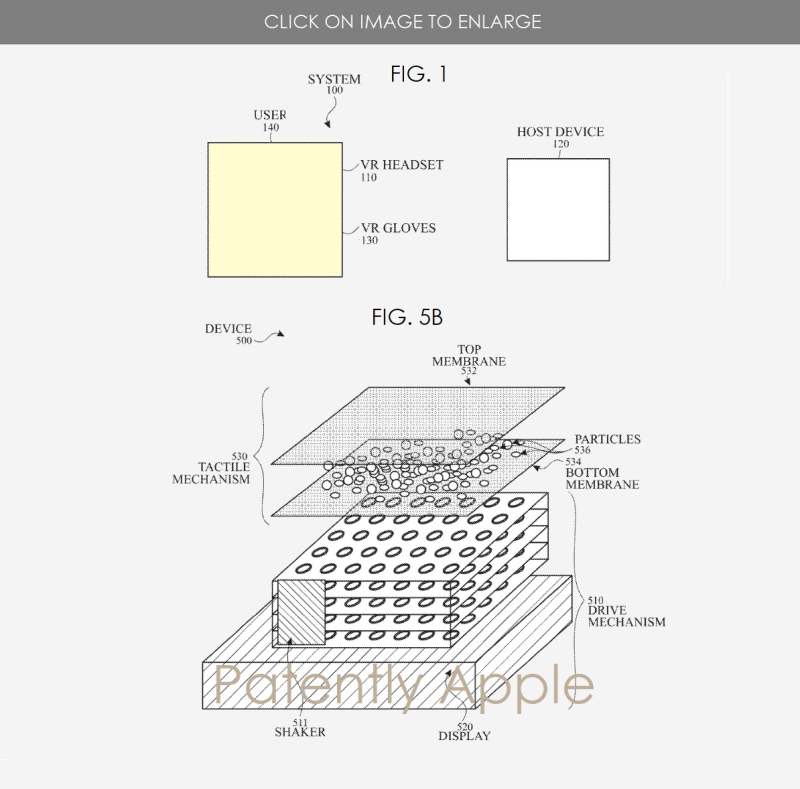 Apple's patent FIG. 5C below illustrates an exemplary process for operating a device that generates a haptic interface including a tactile mechanism that uses particles. 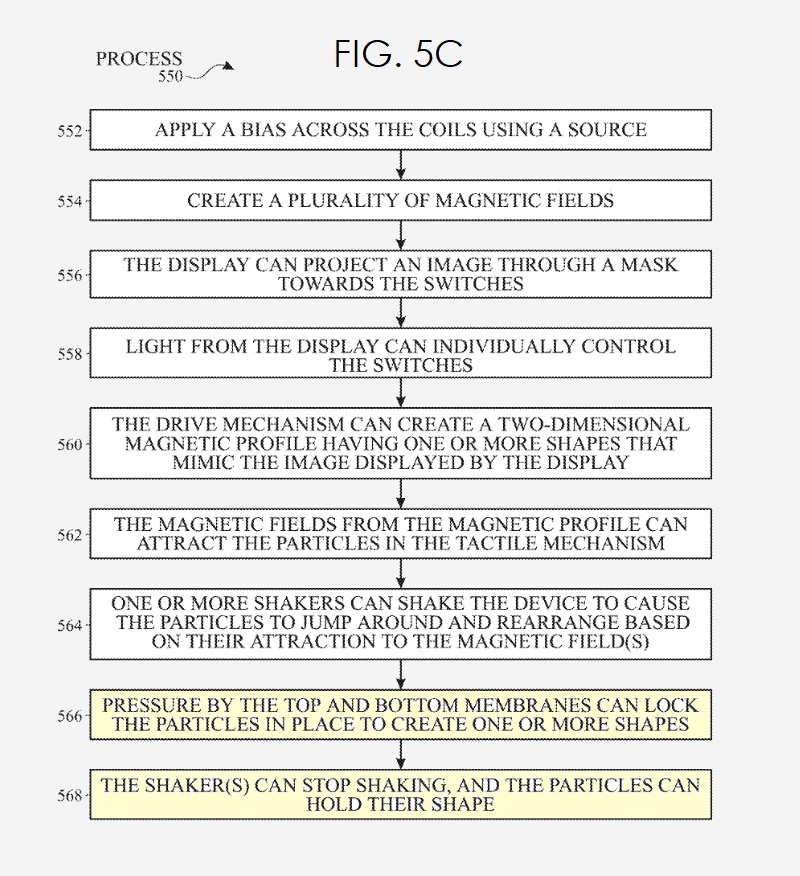 On the other hand, the focus of the patent goes beyond VR Gloves as an input device and points to an all-new dynamically shapeable haptic interface to be used with the VR System.

The device generates a haptic interface (e.g., a three-dimensional profile that can be sensed across the surface of the device) that conveys information to a user through physical senses.

If a user is engaged with a VR environment, using a standard iPhone or iPad touch screen will be of little use as a controller. However, with the new haptic device being described in this invention, the user will be able to feel the shapes of controls needed for a particular task in a game of VR environment.

The received input can be transmitted by way of a slider, knob, click, touch input, button, or etc.

The patent addresses two types of visual impairment that necessitates the use of a tangible 3D interface where users can distinguish one controller-shape from another. If a gamer is using an iPad display as a controller, they can't see the iPad with their VR headset on.

The second kind of impairment Apple references relates to blind users and Apple doesn't delve into how the blind could use this specifically. However, it's a technology that may be able to mimic brail on the display.

This is obviously a longer-term patent. I would think that it'll take years before we'll be able to "feel" shapes on an iDevice display.

It's a highly technical patent and for those wanting to dive deeper into patent application 20210018982 can do so here. Considering that this is a patent application, the timing of such a product to market is unknown at this time.

Although a little different, Apple began their initial research on displays that could generate 3D shapes that could be perceived by the user on a display back in 2010.