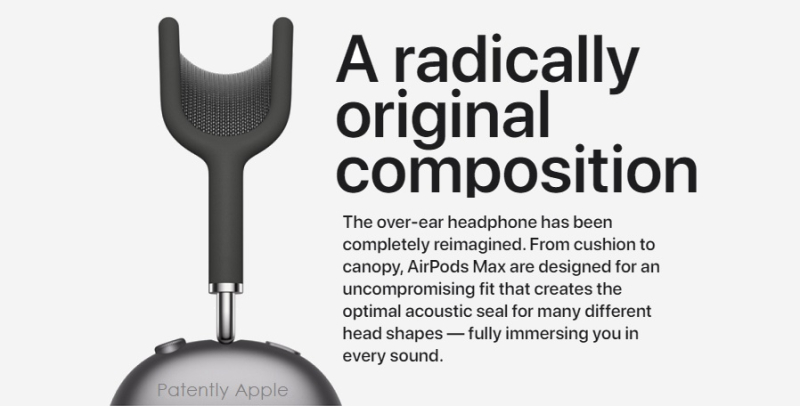 Back on September 3, 2020, 3 months prior to Apple officially introduced the new AirPods Max over-ear headphones, Patently Apple posted an IP report titled "Five new Over-Ear Headphone Patents cover Magnetic Assemblies for Removable Earpieces, Textiles Boosting Acoustic Resistance & more." The patents presented the same patent figures for all 5 patent applications. There were dozens of patent figures to choose from. One design that we passed on was one of the craziest of ideas and, wouldn't you know, it's the one that Apple officially chose to go with. The mesh based loop canopy patent figure that looked like a hot dog holder got thumbs up from Apple's executives.

Apple's patent FIG. 3M below shows how stem wire (#332) includes an attachment feature (#370) that at least partially surrounds a portion of loop (#328). In this way, stem wires (#332 and #334) support structures (#366) that move along with loop. FIG. 3M also shows a dashed line illustrating how a covering for the headband (#330) can at least partially conform with loop and stem wires. 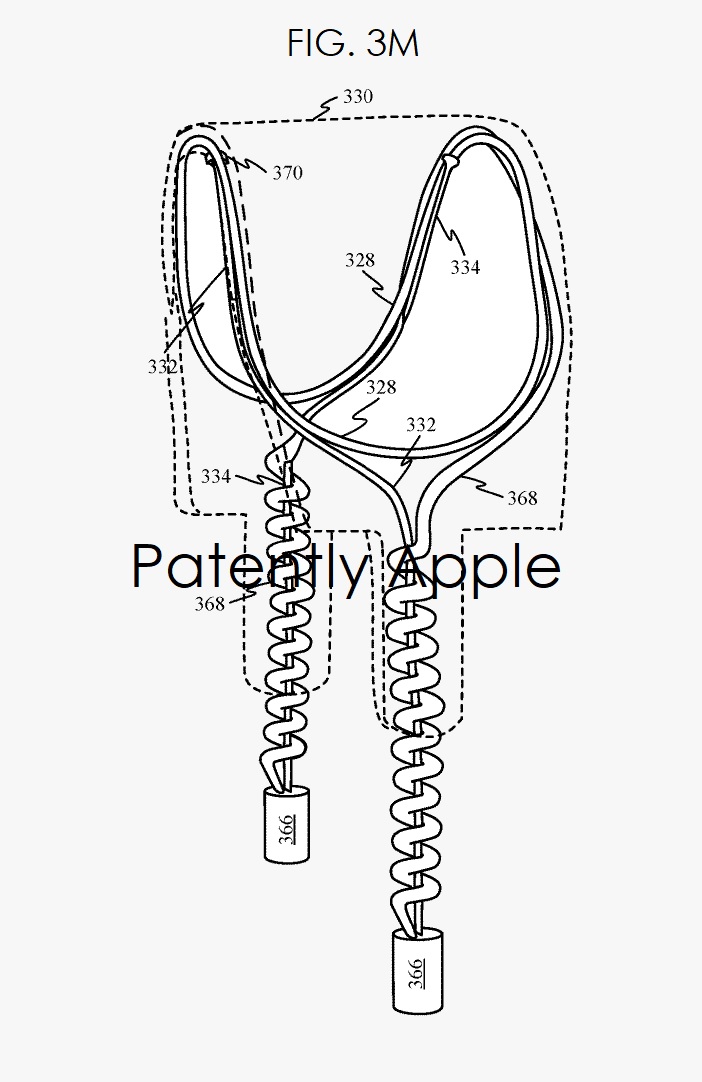 Patent Claim #2: "The headphones as recited in claim 1, wherein the mesh extends between opposing segments of the central frame region and also between the left and right frame ends."

Patent Claim #10: "The headphones as recited in claim 4, wherein a density of the mesh material is substantially uniform."

To review all 20 patent claims, check out Apple's continuation patent 29219928435. This is now a patent fulfilled.