One of the first granted patents of 2021 was covered in our report titled "Apple has been Granted a Pair of 2-Way Charging Patents for a Future MacBook Pro that could Recharge iDevices and more," as illustrated in our cover graphic.. Today the US Patent & Trademark Office published a patent application from Apple that relates to this very technology in a patent application titled "Wireless power transfer system and devices."

However, the technology could also be built into a device like a MacBook. Apple specifically states: 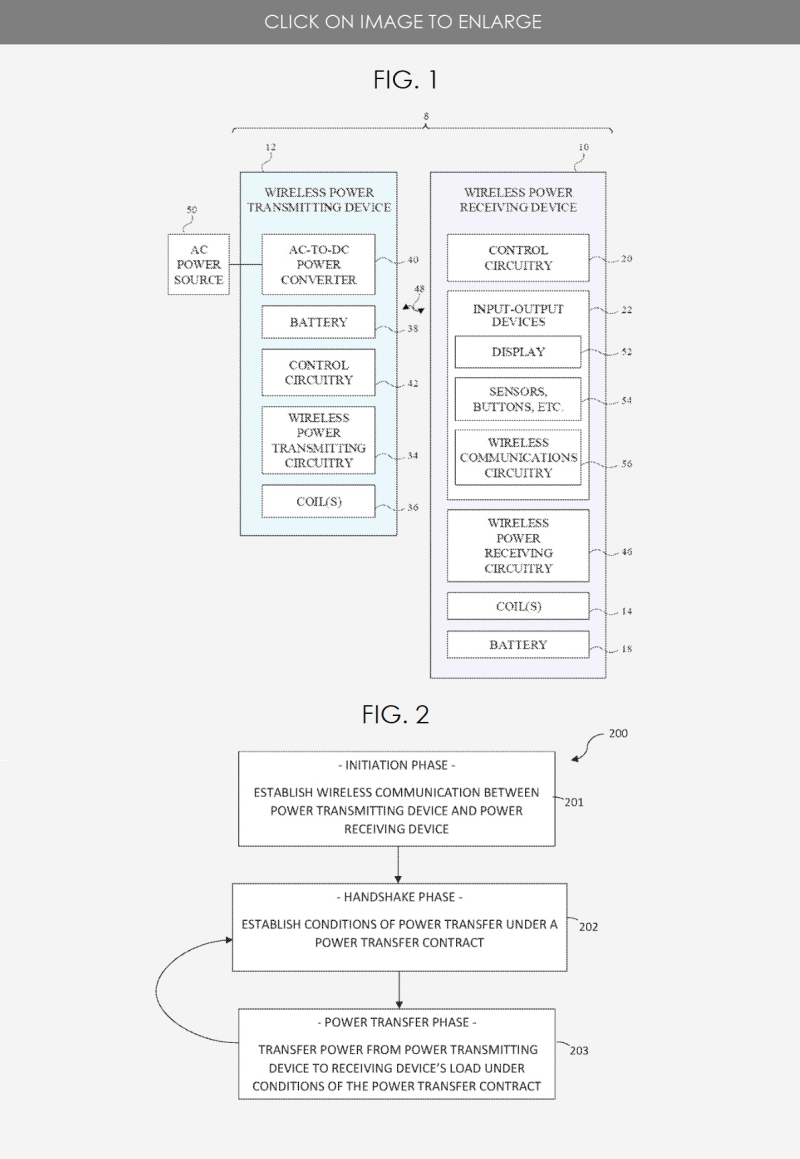 Apple's AirPods could eventually be designed so that they're recharged sitting on the back of an iPhone 12. This was talked about in a Brian Tong video report as presented below. The video is cued to begin when Tong talks about an FCC filing by Apple hinting about reverse or 2-way charging as supported by today's revealed patent filing.